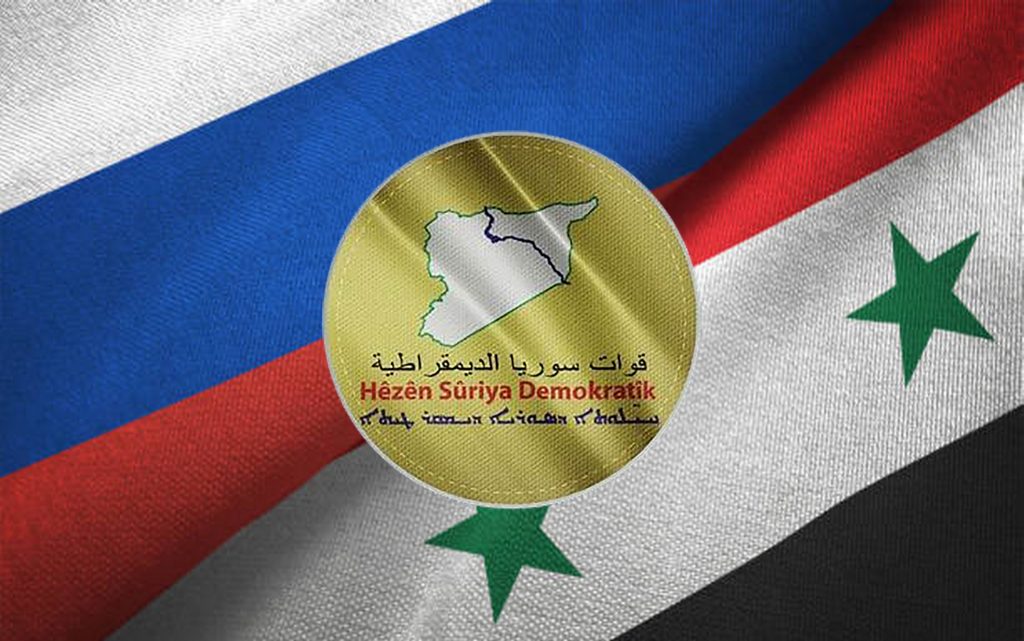 Press sources in Qamishli revealed the establishment of a military coordination center between the Syrian army, Russian forces and SDF forces in the city of Qamishli, in preparation for any Turkish operation.

Kurdish media said that “the Russian forces and the SDF have moved their coordination centers from the towns of Tal Tamr and al Darbasiyah to Qamishli International Airport”, noting that the city of Qamishli has been on alert for days.

The co-chair of the “Syria Democratic Council” (SDF) – the political arm of the “SDF” – Ilham Ahmed, revealed last month that there are efforts to open dialogue channels with Damascus, stressing that “the Syrian-Syrian agreement is the only alternative to stopping the interference of other powers and countries”.

Meanwhile, the Syrian army brought in military reinforcements that reached the “al Alia” area north of Hasakeh, coming from the “93rd Brigade” north of Raqqa, according to press reports.

The reinforcements included 6 military vehicles and 3 personnel carriers, with 30 soldiers in one carrier, and dozens of elements from the National Defense and the Russian-backed “17th Division”.

On Sunday, Syrian army forces conducted joint maneuvers with the Russian Air Force, focused on destroying ground targets, with the participation of helicopters and warplanes, in the skies over the town of Tal Tamr and its countryside north of Hasakeh.

Last Wednesday, a Russian Sukhoi warplane landed for the first time at Qamishli Airport, since Russian forces entered Syria at the invitation of the Syrian government, at the end of September 2015.

According to sources in Qamishli, Russia air crafts to expand Qamishli Airport and prepare new runways, in order to bring in more warplanes, especially in light of the Turkish threat to launch aggression against areas in northern Syria.

Over the past few days, Turkish officials and media have prepared for a military aggression that Turkey may launch in northern and northeastern Syria.