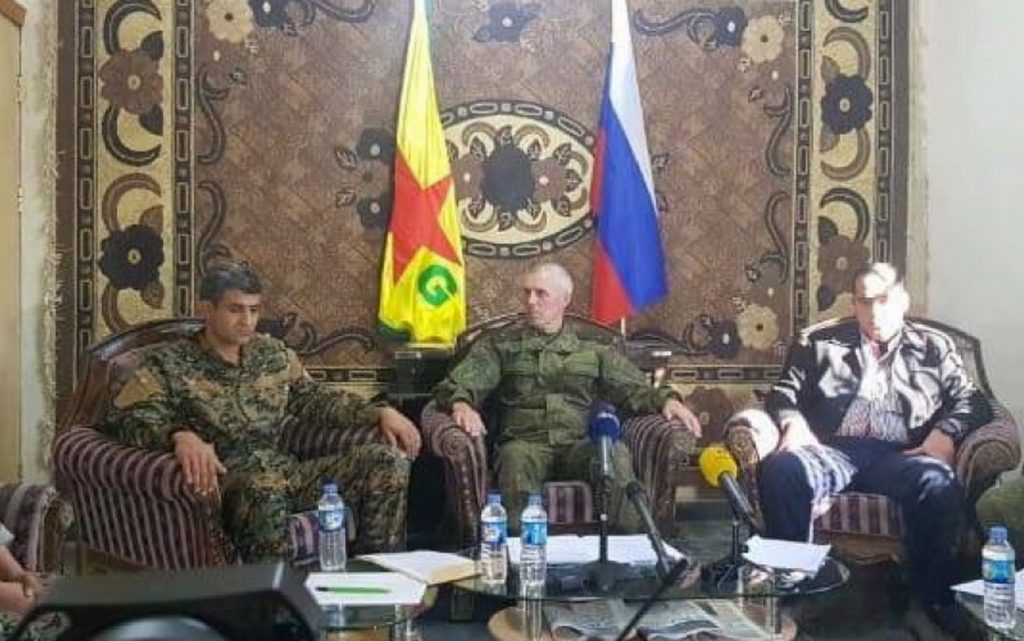 Kurdish media sources revealed the content of the Russian offer made to the delegation of the Syrian Democratic Council and the Autonomous Administration during its visit to Moscow.

The Kurdish “Rudaw” agency quoted sources it described as informed that the Russian side made four proposals to the Kurdish side, which included raising the regime’s flag in the Autonomous Administration areas and sharing the region’s oil imports by 75% for the central government, and 25% for the Autonomous Administration, acknowledgment of Bashar al Assad’s staying in power and acceptance of decentralization in the framework for expanding the local administration law to a level that is lower than the self-administration in its current form.

The Russians didn’t accept the addition of these two points, but expressed their willingness to discuss them.

According to the same sources, the joint delegation carried the Russian proposal to the US on its visit to Washington.

The US considered the Russian proposal interesting, and when the delegation asked what support the Americans can provide to the Autonomous Administration in this context, the answer was that they don’t have direct relations with the Syrian government to put pressure on it, and they can only make efforts with Russia in order to urge it to put pressure on system to show more flexibility in responding to management demands.