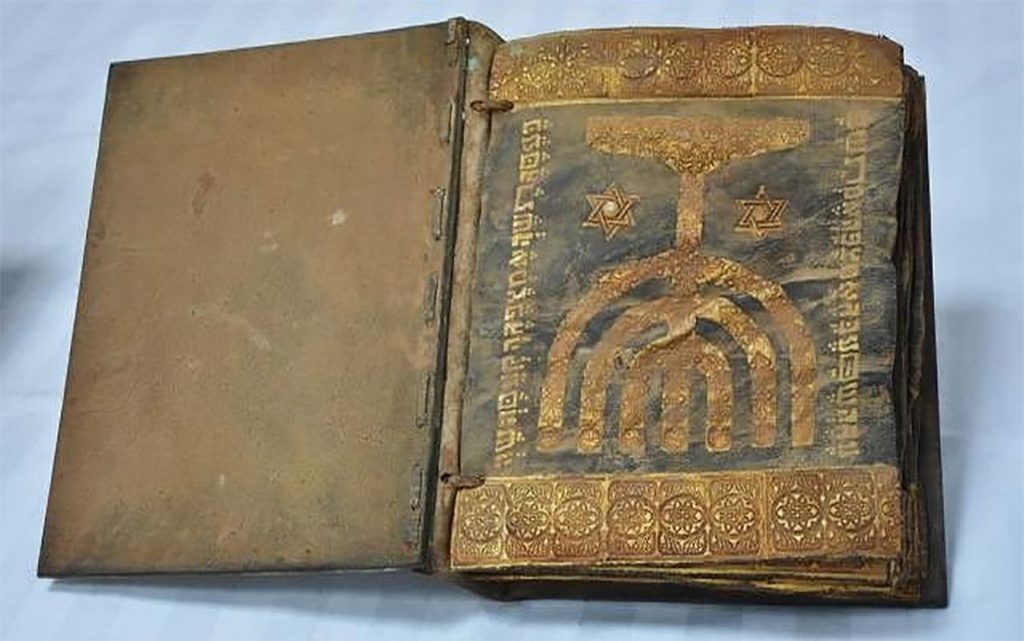 The Turkish street has been buzzing over the past two days with the news that the local police found five of the oldest copies of the “Torah” in the world, which were illegally brought into Turkey, before they were hidden inside a house in the state of “Mardin” in the south of the country.

According to what was published by official and private Turkish media, the five copies of the “Torah” that the police found after raiding a house in the “Kiziltepe” area of ​​“Mardin”, dating back more than a thousand years, and they are manuscripts made from the skins of different animals. And embroidered with rare types of threads, including gold.

While the Turkish media confirmed that the local police had arrested one of the suspects inside the house, they did not reveal his identity at all, as he was taken to a special center for interrogation about the circumstances of the case.

The surprise was represented by the information leaked by sources close to the armed groups loyal to Turkey and deployed in northern Syria.

According to what was reported, this information stated that the investigations conducted by the Turkish police with the arrested person, the owner of the house, showed that the ownership of the archaeological copies belonged to “Abdel Nasser Shamir, the leader of the Turkish-backed “Faylaq al Rahman” faction, which controlled large areas in Ghouta of Damascus, along with the “Jobar” neighborhood, one of the faction’s former centers of gravity, before the Syrian army managed to regain it and deport the faction’s militants and leaders to northern Syria.

The investigations also revealed, according to the leaked information, that Shamir smuggled copies of the ancient “Torah” into Turkish territory, specifically to the house of one of his relatives in the state of “Mardin”, and he is the same person who owns the house who was arrested by the Turkish police, as indicated by the data.

In a move that appears to have preceded the process of selling these copies to Turkish antiquities smugglers and dealers, in preparation for selling them at fantastic sums for the benefit of people who are likely to be Israeli antiquities dealers.

In light of all the leaks and information, it turns out that these important and rare archaeological copies were present in Syria, according to the confirmation of the Turkish local newspapers on the issue that they were brought into the country illegally, which means that “Shamir was able to find and stole these copies Earlier in one of the areas that were under the control of his faction, before he worked to smuggle them through known smuggling routes from the areas of northern Aleppo to the Turkish interior.

Sources affiliated with Turkey’s factions in the northern countryside of Aleppo, in turn, circulated through their identifiers, the news of finding the copies, recognizing the ownership of “Shamir” over them.

At the same time, they alluded, and perhaps the biggest surprise, that “Shamir” had stolen the five copies, during the period of his control over “Jobar” neighborhood, relying on its allusion to the appendix of the circulating news with the phrase “treasures of the Damascus neighborhood of Jobar”.

The event of finding copies of the archaeological “Torah” comes to reveal once again the extent of the damage and thefts that affected Syrian archaeological sites by armed groups affiliated with Turkey, starting from Damascus, passing through Homs, Raqqa and Hasakeh, all the way to the northern countryside of Aleppo, especially the “Afrin” area, which was subjected to dozens of the famous archaeological sites and hills there, for systematic razing, excavation and looting, which resulted in the theft of huge quantities of rare antiquities dating back thousands of years, and smuggling them to Turkish lands, to be marketed and sold there through a number of major Turkish antiquities dealers.