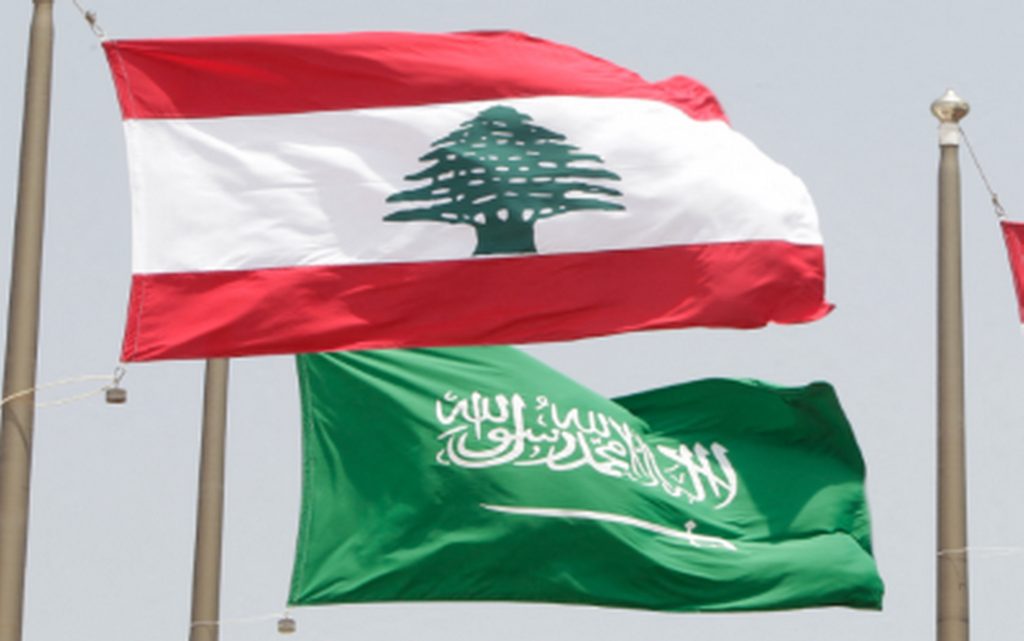 Saudi Arabia ordered the Lebanese ambassador to the kingdom to leave the country within 48 hours on Friday, and banned all imports from Lebanon in response to statements by the Lebanese Minister of Information about the Saudi-led military intervention in Yemen.

The diplomatic crisis has exacerbated the problems facing the Lebanese government at a time when it is trying to mobilize Arab support for its faltering economy.

The Lebanese channel, MTV, also spoke about the intention of the Gulf Cooperation Council to expel Lebanon’s ambassadors in the coming hours.

The Saudi Press Agency stated that the Kingdom also recalled its ambassador to Lebanon for consultations.

Riyadh’s decision comes two days after the statements of the Lebanese Minister of Information, George Kordahi, which were broadcast on an Internet program affiliated with Al Jazeera channel in Qatar.

In his August 5 statements, Qardahi described the war as absurd and said Yemen was under aggression and the Iran-allied Houthis were defending themselves.

The dispute is the latest challenge to the government of Lebanese Prime Minister Najib Mikati, which is already facing a state of political paralysis due to a row over the investigation into the explosion in the port of Beirut.

The crisis appears to be expanding to include more Gulf countries, as Bahrain also asked its Lebanese ambassador to leave the country shortly after Saudi Arabia’s decision.

A statement issued by Mikati’s office today, Friday, said that the Lebanese Prime Minister called Qardahi and asked him to “evaluate the national interest and take the appropriate decision” to repair relations between Lebanon and the Arab countries.

Informed sources told Reuters that the escalation of the matter by Saudi Arabia on Friday intensifies pressure on Qardahi to announce his resignation to avoid any further repercussions.

Earlier, Mikati reiterated the government’s pledge to establish good relations with Saudi Arabia and called on Arab partners to overcome this crisis, but he did not stop at announcing a concrete measure to remedy the crisis.

Mikati said in a statement, “We appeal to the brotherly Arab leaders to work and help overcome this crisis in order to preserve Arab cohesion in these delicate circumstances in which our countries and peoples live.

We’re continuing to make contacts to address the crisis and its repercussions”.

Qardahi said the comments were made about a month before he took office and that he would not resign over the incident.

Mikati hopes to improve relations with Gulf Arab states, which have been strained for years due to the influence of the Iranian-backed Lebanese group Hezbollah in Beirut.

The statement, which was carried by the Saudi Press Agency, stated that “Hezbollah’s terrorist control over the decision of the Lebanese state made Lebanon an arena and a launching pad for implementing projects of countries that do not wish the best for Lebanon and its brotherly people”.

For his part, former Lebanese Prime Minister Saad Hariri said that Hezbollah bears responsibility for the diplomatic rift between Lebanon and Gulf countries, including Saudi Arabia.

“The responsibility, first and foremost, in this regard lies with Hezbollah, which spreads hostility to the Arabs and the Arab Gulf states,” the Sunni politician said on Twitter.

In April, Saudi Arabia banned imports of fruits and vegetables from Lebanon, blaming an increase in drug smuggling.

The import ban adds to the economic problems of Lebanon, which is already reeling from one of the worst financial crises in modern times.