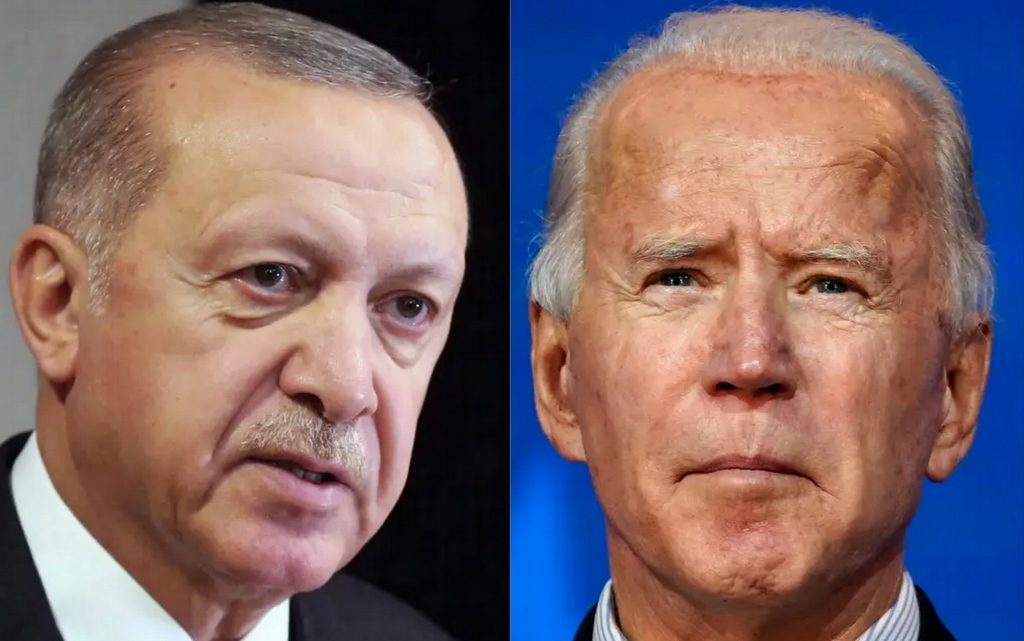 A US official said today, Saturday, that US President Joe Biden will warn Turkish President Recep Tayyip Erdogan during a meeting between them tomorrow that “any reckless actions will not benefit US-Turkish relations”, and that crises should be avoided.

He added that Biden, who is attending the G20 summit in Rome, will also discuss with Erdogan Turkey’s request to purchase F-16 fighter jets and its defense relations with the United States.

US President Joe Biden will meet his Turkish counterpart Recep Tayyip Erdogan on Sunday, in Rome on the sidelines of the G-20 summit, against the backdrop of tension between the two NATO countries, a US official announced Saturday.

“I expect (Biden) to meet the president of Turkey in Glasgow,” where the climate conference takes place next week, said Biden’s national security adviser, Jake Sullivan.

Sullivan was speaking from Air Force One in which Biden was traveling to Rome to attend the G20 summit on Saturday and Sunday before the COP26 conference.

Turkish President Recep Tayyip Erdogan retracted a few days ago the expulsion of ten Western ambassadors, including the ambassador of the United States, and relations between the Turkish and US presidents are also tense due to Ankara’s acquisition of a Russian defense system.

Recently, Erdogan confirmed that his country still intends to buy a second batch of the Russian S-400 missile defense system despite US sanctions, noting that the US president “never raised the issue of Turkey’s human rights record”.

Washington says the S-400 missiles pose a threat to its F-35 fighter jets and to NATO’s broader defense systems.