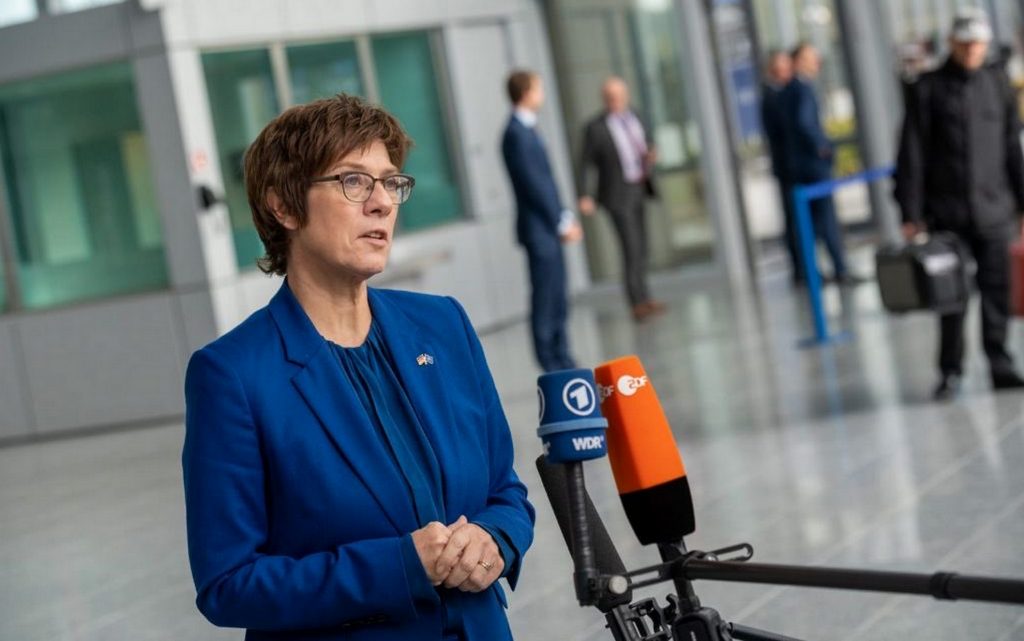 Seibert stressed Monday that as long as some countries continue to understand nuclear weapons as a means of military conflict, “there is a need to maintain nuclear deterrence within the framework of the North Atlantic Treaty Organization (NATO)”, and pointed out that this matter is stipulated “in the coalition treaty”.

The head of the parliamentary bloc of the Social Democratic Party, which won the last German elections, Rolf Mötznich, criticized the recent statements of Kramp-Karrenbauer, describing them as “irresponsible” and accusing them of increasing the pace of escalation.

The Russian Defense Ministry summoned the German military attache in Moscow to talk about this matter, according to the Russian “Interfax” news agency.

The ministry said that such statements raise tensions in Europe and do not contribute to the normalization of the situation.

It is reported that Kramp-Karrenbauer said last Thursday to German Radio, in response to a question about a possible option to use nuclear weapons in the context of possible response scenarios by NATO towards Russia, saying: “We must make absolutely clear to Russia that we are ready in the end – and so is the doctrine of deterrence to use such means in order to create a prior deterrence so that no one would consider attacking the regions over the Baltic or NATO partners in the Black Sea”.

“As long as nuclear weapons as an instrument of deterrence have a role in NATO’s strategic concept, Germany has an interest in participating in discussions and strategic planning processes”, the coalition treaty states.