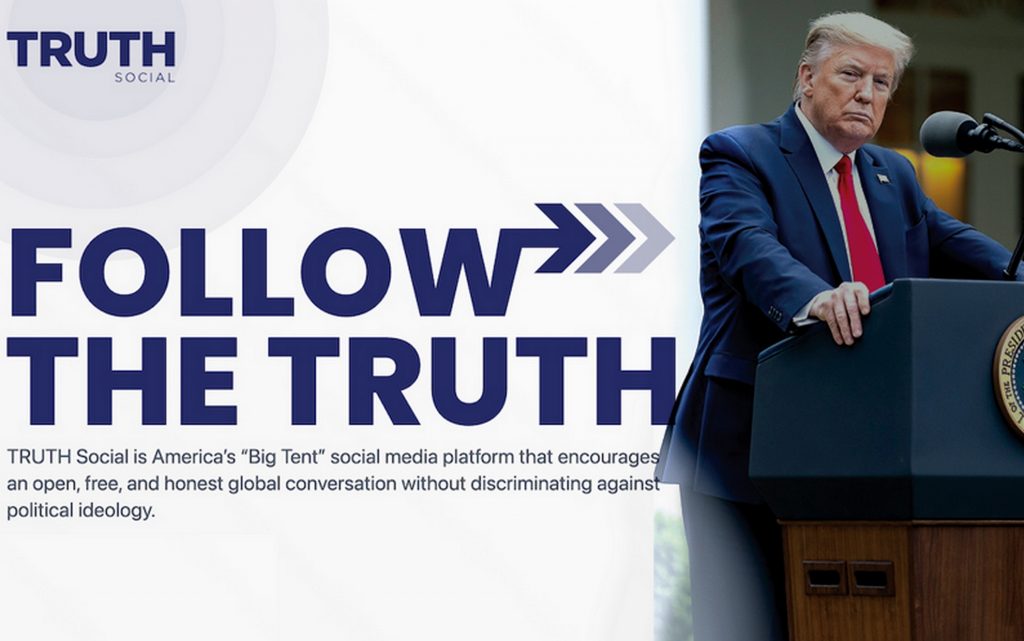 The announcement of a social network bearing the brand of Donald Trump is another indication that the former Republican president is preparing to run again, but it could also deepen divisions in American society.

And the baseless idea that Democrats stole the presidency from the Republican in 2020 is likely to occupy the largest space on the new “Truth Social” platform announced by the billionaire on Wednesday.

It will surely attract a number of conservatives convinced by the hypotheses of massive electoral fraud that led to the attack on the Capitol on January 6th.

The former president is counting on this base of his sympathizers, who now form a majority within the Republican Party, to launch a possible new campaign for the 2024 elections with the aim of returning to the White House.

Trump has so far spoken of his intentions, but has not confirmed them.

And his new platform will be launched in early 2022 in a virtual world that is also divided, whether it comes to social networks or traditional media.

Where Americans could agree on a common set of facts and values, there are two irreconcilable camps, watching each other zealously, armed with their own version of reality and amplified by their preferred media.

Investigative journalist Carl Bernstein, whose investigation of Bob Woodward into the Watergate affair led to President Richard Nixon’s resignation, called on the media and politicians to do more to combat the misinformation that is dividing the country.

“The division that separates us and causes polarization between us in this country is bad and deep,” he said.

Since the 2020 presidential election, supporters of each of these competing bubbles have rarely encountered information that contradicts their positions.

Media coverage of the protests throughout the United States after the killing of African-American George Floyd by a policeman followed the same line, with images of protests calling for racial justice on the left, and images that convey what is closer to violent riots on the right.

The division is a legacy of the Trump era.

More than 81 million people voted for Joe Biden in 2020, a record number, but 74 million voted for Trump, the second largest number recorded for a candidate.

On the right, figures such as the son of former President Donald Trump Jr. have adopted a strategy called “controlling the liberals”, in other words, “outraging the supporters of the left”, that is, provoking the left and inflaming its ranks by insisting on the most divisive issues.

In the more hardline circles of the left, every point of contention on the issue of ethnic or sexual minorities is attributed to the innate bigotry of conservatives.

Fox News is a loyal audience, but since the election many Donald Trump supporters have switched to other, more right-wing, conspiracy theorist channels such as Newsmax and One America News.

And the polarization in the media reflects wider fissures between the US coastal states and the conservative interior states, which are considered elites detached from reality.

The social network app Parler, which hosts conservatives banned on Twitter and Facebook, has seen a revival after the 2020 elections, with nearly nine million users.

Their messages from the “wars of culture” of the United States today feed from the removal of historic statues to professional athletes kneeling during the national anthem to denounce discrimination against black Americans and teaching the history of racial inequality in schools.

“When I flip through channels at night, I see two parallel Americas right now”, CNN media analyst Brian Stelter wrote after the election.