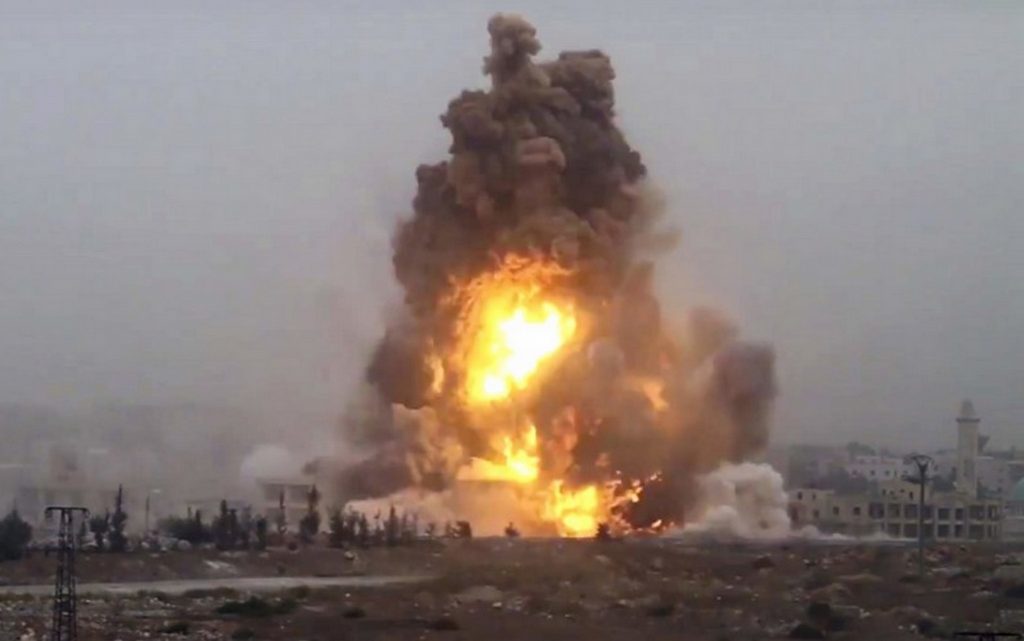 Large explosion rocked this evening, Saturday, the city of Tabqa, located in the western countryside of Raqqa, which is controlled by the Syria Democratic Forces (SDF).

Local residents in Tabqa city said: “They heard the sound of a very violent explosion in the vicinity of the city, and the sound was heard in all areas of the western countryside of Raqqa”.

The residents confirmed to the German news agency (dpa) that “military vehicles belonging to the SDF and Asayish were seen moving quickly in the streets of Tabqa city towards the northern neighborhoods near the Euphrates Dam, which is the headquarters of the heavy weapons battalion”.