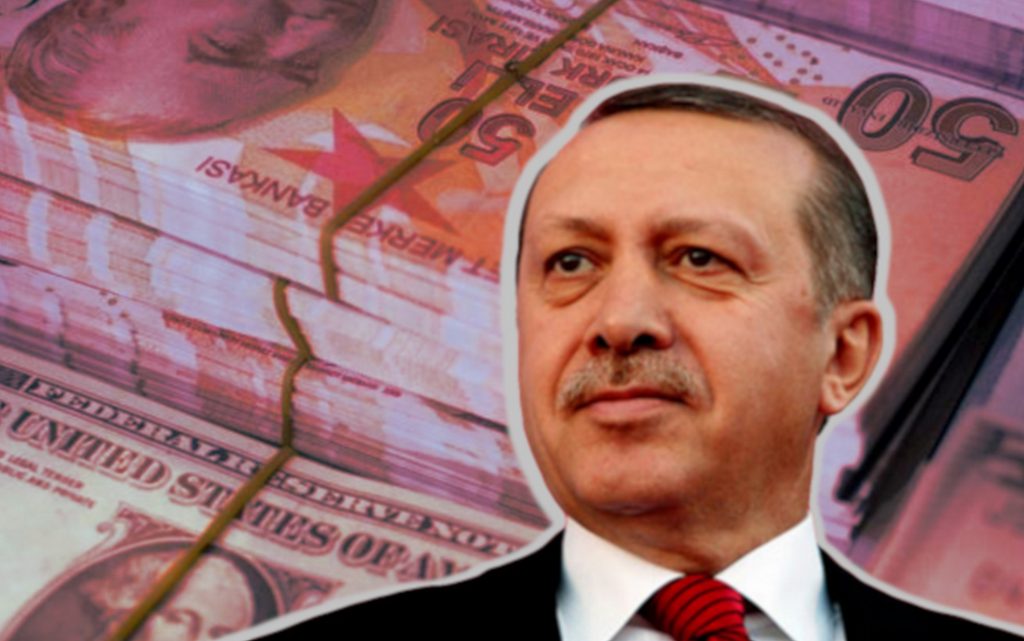 This approach is similar to the tactics Hitler used, prior to his attack on the Soviet Union, and at the end of World War II, that is, playing on the contradictions between his opponents, in the hope that none of them would allow him to be destroyed, in order to use it against a third party.

The shortcomings in this game partially turn into positives. Ankara’s problems with Washington are heartening to Moscow, Turkey’s clashes with Russia in Syria, Karabakh and Ukraine are beneficial to Washington, and so on.

In this model, the player is forced to maintain a state of intense cooperation and competition with everyone at the same time.

Moreover, as more other conflicting players enter the ring in such a relationship, it becomes easier to maintain balance and maneuverability.

Therefore, it is no wonder that everyone hates President Erdogan, but everyone needs him for a purpose…

However, the major drawback of this game is that it requires a lot of resources.

And those resources do not exist in Turkey.

In addition, there were not enough resources from the beginning, while President Erdogan partly engaged in this game, specifically to obtain these resources, especially energy resources, as Turkey doesn’t have its own oil or gas, and suffers from a huge financial gap in its imports, destabilize the country and threaten the regime.

The bottom line is a spiral, in which each round of the struggle for resources requires more and more resources, so that the game for Turkey’s relatively small economy will likely end sooner rather than later.

The economic situation in Turkey is very bad, but it is still under control for the moment.

The deficit in the Turkish state budget, from January to July, amounted to about $9.8 billion, and although the situation is now much better than it was during the quarantine in 2020, it is similar to comparing death by firing squad, or from a nuclear explosion… There are many causes and death is one… The result is the bankruptcy of Turkey.

If, for the time being, the largest Western countries have the possibility to print cap money, the dilemma of how to finance foreign policy adventures and budget deficits for Recep Tayyip Erdogan is very acute, especially given the poor relations with the master of the global financial system, the United States.

In an attempt to find money, President Erdoğan is killing the financial system by literally forcing the country’s central bank to print uncovered money and lower interest rates below the inflation index to stimulate the economy.

A week ago, President Erdoğan fired three members of the Central Bank’s Monetary Policy Committee, who opposed another cut in the policy rate to 18% last September.

Let me also remind you that during the past few years, President Erdogan has changed the heads of the country’s central bank several times.

The country’s central bank is trying, unsuccessfully, to contain the fall of the lira by spending from the country’s reserves.

In April of this year, President Erdogan said the country’s central bank had spent $165 billion in reserves over the past two years to stabilize the situation.

At that time, the central bank’s net foreign exchange reserves had fallen to $8 billion from $41 billion at the end of 2019, but by last September, it had risen again to $27.9 billion.

In addition, Turkey has $40 billion worth of gold, and about $65 billion is held in the central bank as reserves for commercial banks.

The main source for replenishing the reserves of the Central Bank is the provision of hard currency in the framework of the so-called currency exchange agreements.

In June, the Turkish Central Bank announced talks with 4 countries, two of which are close to completing the agreement.

Also in June, President Erdogan announced that China had agreed to increase the swap line with Turkey to $6 billion.

Before that, Qatar provided Turkey with $15 billion.

Interestingly, in June, the Turkish Central Bank announced the start of settlements in yuan as part of a currency swap agreement with China.

The fall of the lira is very painful and dangerous for Turkey, especially given the chronic and large deficit it is experiencing in its foreign trade balance ($4.26 billion in August 2021), as well as its current account deficit.

As a result, it is not surprising that the inflation rate in one year rose from 11% to 19.58% from September 2020 until last September.

At the same time, inflation exceeds the base rate, making the activities of banks and their deposits unprofitable.

In such circumstances, the financial system cannot survive for long.

Even in countries whose currencies are global or regional reserve currencies like USA, EU and Japan, they can follow such a policy for a limited period and as a result, their financial system collapses.

Ordinary countries that follow such a policy are exposed to the collapse of their financial system, hyperinflation, and the accompanying repercussions of the subsequent social collapse and riots within a year, two or three years.

At the present moment, global stock exchanges are freezing at their peak, which may be followed by a collapse and panic in the markets, accompanied by a massive influx of capital from developing countries, which will deal a strong blow to their currencies.

President Erdogan is working with remarkable determination to bring hyperinflation closer to his country, but it isn’t happening very quickly yet, but the new turmoil in the markets could speed up this process significantly, turning Turkey into another Venezuela.

In my humble opinion, President Erdogan is approaching the moment when the opportunity to pursue an active and relatively independent foreign policy is exhausted.

There is no certainty that he will be able to keep the internal situation under control.

Soon he will have to choose between selling his role in international affairs and internal destabilization as a result of the economic crisis in the country, as the main buyers will be the United States and China.

Personally, I expect China to have more opportunities to buy Turkey.