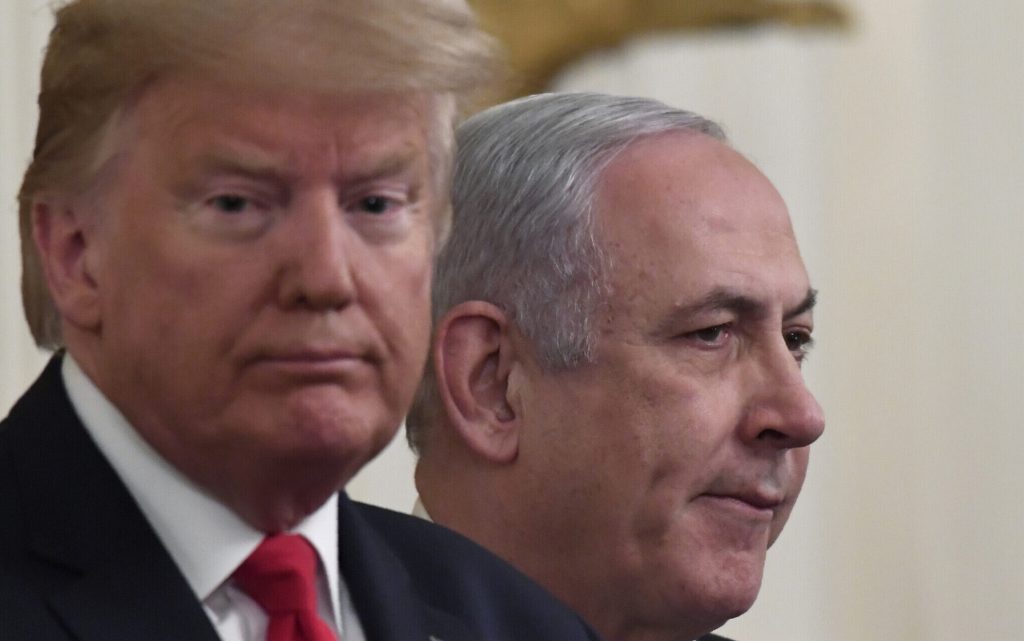 The Independent newspaper published an article by Patrick Cockburn, on its website entitled “Similarities between the fall of Netanyahu and the fall of Trump”.

At the beginning of his article, Cockburn links the rise of Benjamin Netanyahu with the rise of Trump, saying, “Both of them won power when populist nationalist leaders exploited internal polarization.

Netanyahu exaggerated the threat from Palestinians in the eyes of Israeli voters, while Trump demonized blacks and immigrants.

“The stories of their downfall have common points,” he says.

Both lost their position by the narrowest of margins.

Trump in the US presidential election last November, and Netanyahu with one vote in the Knesset on Sunday.

Their respective factions may be harmed, but they maintain a prominent position on the far right, and with it a chance to regain power”.

“Any return to leadership is likely to be through antagonism on all sides”.

The writer elaborates on explaining the connection between the fall of the two men: “Netanyahu told the Knesset when he was overthrown after 12 years as prime minister, ‘I will lead you in a daily battle against this bad and dangerous left-wing government and bring it down”.

Trump has used the same kind of hostile rhetoric since losing the presidential election, most famously the day the Capitol stormed on January 6.

The writer points out that Netanyahu “may think that the eight-party coalition that he just replaced is very fragile, that is, it cannot survive, and extends as is the case from the far right to the far left.

How will you stay on board the various mediums?

It faces immediate challenges, such as dealing with the flag march in Jerusalem on Tuesday, when Israeli right-wing groups organize an event in Palestinian areas in the Old City of Jerusalem”.

The writer believes that “the anti-Netanyahu coalition should not be written off automatically, because its leaders will be keen to retain their new ministerial jobs and not return to the permanent opposition.

Several commentators said that the 11-day Gaza war in May would upend the complex negotiations to form a new government, but that it resumed successfully once the bombing stopped.

The writer turns to the Palestinian side, saying that the Palestinians underestimate the possibility of change with Naftali Bennett as prime minister, and he says, “This point of view is easy to understand, but it ignores the important changes in the political scene that go beyond Netanyahu’s departure from the premiership”.

“The issue is not just Netanyahu’s personal political survival, but Netanyahu’s fate as a political formula that produces significant advantages for Israel, as it has done in the past,” Cockburn explains.

The writer considers that the most important change in this regard is that “Joe Biden replaced Trump, who gave Netanyahu as president everything he wanted, including ending the nuclear agreement with Iran and moving the US embassy to Jerusalem.

Biden, for all his outspoken support for Israel, will be very happy to see the end of the Netanyahu era, and will secretly try to make sure it is permanent”.

Just as important, he adds, there are signs that the automatic support provided by the United States (and the Democratic Party) to Israel is no longer taken for granted, as it was before.

There is a political price for Israel to pay for Netanyahu’s embrace of Trump, which many Americans see as an example of political evil”.

With regard to normalization between Israel and four Arab countries, it “does not mean much,” according to the article.

“Instead, the Israeli-Palestinian confrontation erupts on multiple fronts, East Jerusalem, the West Bank, Israel and Gaza”.

According to the article, “The Palestinians are constrained by a poor and authoritarian leadership, but Netanyahu’s central thesis, which he has sought to prove since becoming prime minister for the first time in 1996, that the Palestinians are a defeated people, and there is no need to reach a settlement with them, turned out to be false”.

Cockburn concludes, “As with Trump in the United States, Netanyahu now occupies a peculiar position in Israeli politics.

He controls the right, but he also divides it”.