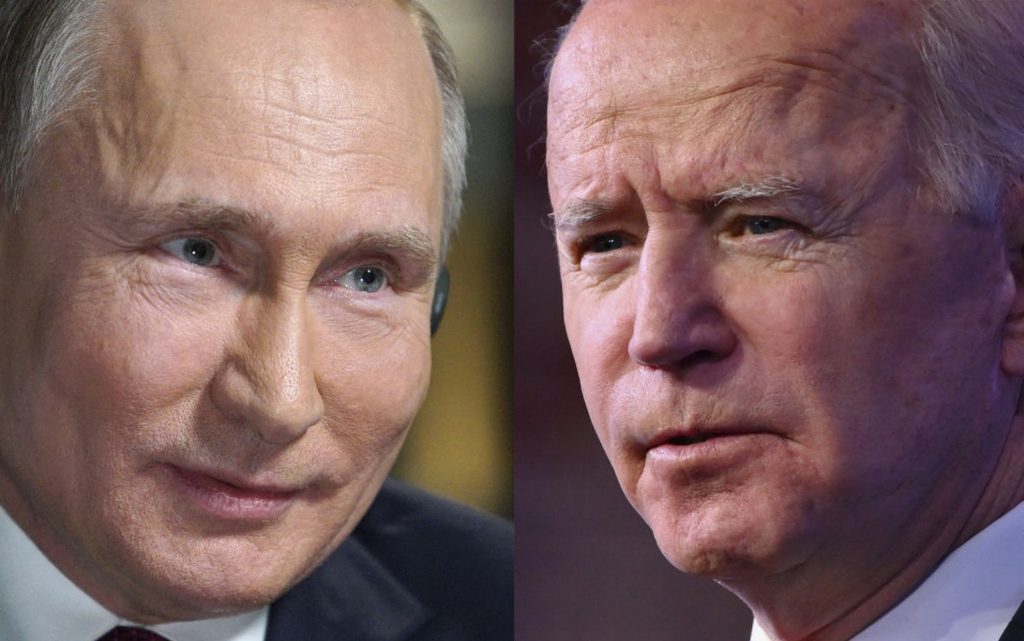 According to US “Axios” website, quoting informed people, revealed that US President Joe Biden has gathered a group of experts on Russia – including former officials in the administration of former President Donald Trump – in order to prepare for his summit with Russian President Vladimir Putin.

The website said that the previously unreported session shows how well Biden wants to be prepared, drawing on the experience of officials who have first-hand knowledge of the tactics and tricks of Putin, a former KGB colonel.

The group urged Biden not to hold a joint press conference with Putin or give him any opportunity to try to improve talks on new public proposals.

After his first formal summit with Putin, in Helsinki in 2018, President Trump questioned his intelligence community’s assessment of Russian interference in the US presidential election”.

I have President Putin,” Trami said.

He just said it’s not Russia.

I will say this: I see no reason for it to be her”.

Fiona Hill, a former National Security Council official, was among the Biden briefing group, and once said she was considering posing as a medical emergency to cut short that press conference with Putin.

In Brussels, Biden yesterday outlined his approach to the meeting scheduled for Wednesday with Putin in Geneva.

He said that Putin “is smart, he’s strong and I found that, as they say when we were playing ball, he’s a worthy opponent”.

The president sat down with these experts – at least some of them virtually – before leaving for the G7 summit.

During the briefing, the assembled experts broadly agreed on what approach Biden should take: a candid, unquestionable talk to Putin about Biden’s position, from piracy to human rights issues.

Axios revealed that there were about a dozen participants in the briefing group, including the two former ambassadors to Russia under former President Barack Obama: Michael McFaul and John Tefft.

Other participants included Hill, who was not only present at the Helsinki meeting between Trump and Putin but later testified during Trump’s impeachment trial.

Also participating in the conference were Rose Gottemoeller, an arms control expert at Stanford University who served as NATO Deputy Secretary-General under Obama, and Eric Green, a career diplomat who is the US National Security Council’s senior director on Russia.

Although the group represented a number of views on how to deal with Putin, there were no open disagreements about this approach.

Some participants preferred to look for more opportunities to engage with Russia, from student exchanges to restoring diplomatic and consular positions.

Others argued for an approach that conveys a difficult message at every opportunity.

“A tougher speech is a good idea,” said Tim Morrison, who replaced Hill on the National Security Council under Trump but was not invited to the meeting.

“But tough rhetoric without action or consequences is actually kind of dangerous because Beijing and Tehran are watching as well,” explained Morrison, now a senior fellow at the US think tank Hudson Institute.

“The purpose of the meeting is to lower the tension with (the Russians),” said Samuel Sharab, a former State Department official under Obama who now works at the RAND Corporation.

You don’t want to force them to say things that will grab the headlines or make distance with them”.