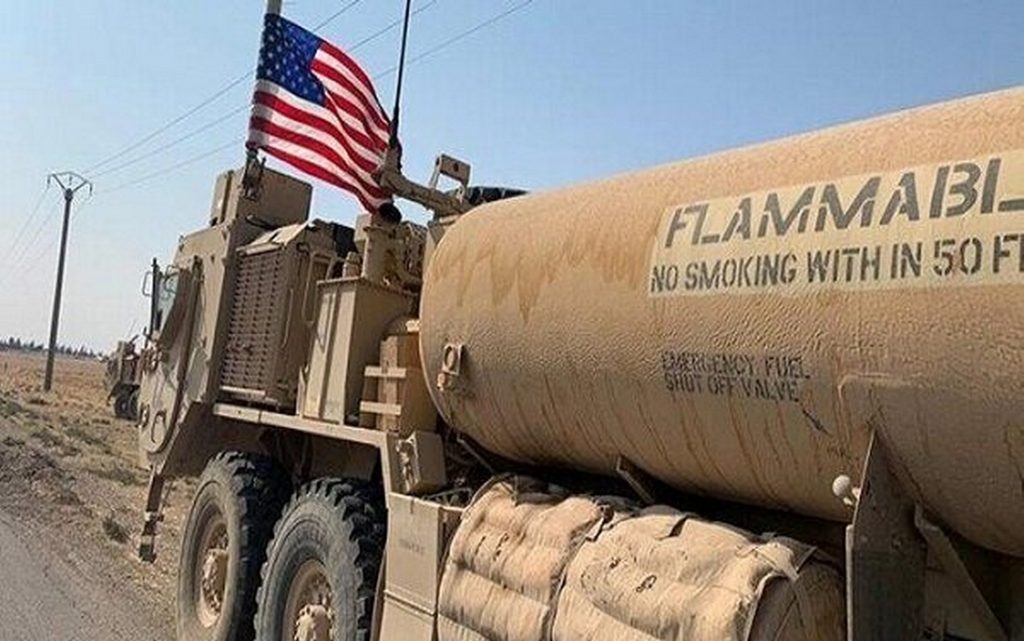 A report by the Daily Beast newspaper sheds light on the process of producing, refining and selling oil extracted from wells in northeastern Syria, where Kurdish forces impose their control there, and the role of the United States, previously and currently, in this complex process.

The American newspaper mentioned the presence of the US forces near these wells, in order to prevent ISIS from exploiting them again, after they generated daily revenues of $1.5 million when it controlled those areas years ago.

According to the newspaper, the Kurdistan Region of Iraq exported quantities of this low quality oil to Turkey, after it imported it from companies dealing with Kurdish forces via the Ceyhan line.

The official position of the White House, the State Department, and the international coalition has been, and still is, saying that obtaining this oil is not the goal of the presence of US forces in this region, which witnesses the most intense conflicts in the world, with the international coalition denying assistance to any Private companies or agents seeking to invest oil resources in northeastern Syria.

The Daily Beast commented, “This is not the whole story”.

The United States has come up with a simple, if morally and legally questionable plan: help America’s Kurdish partners profit from domestic oil by keeping it out of the hands of the Syrian government or Islamist armed factions, and then help refine and sell it.

These oil fields in the north-east of Syria were part of the network from which ISIS derived daily revenues of $1.5 million.

And after decades of claims that US administrations only care about the Middle East because of its oil, officials knew that the US military could not be seen as controlling the oil fields in Syrian territory and dictating who would benefit from its wealth.

It quoted several former and current US officials as saying that the United States “sought to withhold the plan – despite what Trump said – even though it was the oil strategy that justifies the continued American presence in northeastern Syria”.

And added, “A plan to preserve and protect Syrian oil was in the works months before Trump bragged in October 2019, but US companies and individuals were prevented by an executive order from the Treasury Department from operating in Syria due to the sanctions imposed on Syria”.

It notes that on April 8, 2020, the US company Delta Crescent was granted a one-year exemption from sanctions in order to “advise and assist” a local oil company in northeastern Syria controlled by the US-backed Kurds, the “Syria Democratic Forces”.

A former US State Department official, who asked not to be named, told the Daily Beast that US officials decided that the oil produced in northeastern Syria does not belong to the Syrian government, because “the oil belongs to the people and not the government”.

Delta Crescent fills the void in northeastern Syria, for every barrel the company helped export outside Syria, Delta Crescent will receive $1, according to a production sharing agreement and the company’s application to the US Treasury’s Office of Foreign Assets Control.

The company was founded by James B. Kaine, the former US ambassador to Denmark, James Reese, a retired officer, and John Dourier Jr., the former CEO of Gulf Sands in the United Kingdom.

“These three special American citizens suddenly had a huge role to play in one of the most difficult foreign policy challenges for the United States,” and says, “how to establish a peaceful and prosperous Kurdish bulwark against the Syrian government”.

The Daily Beast quoted a senior US official as saying: “This is the transformation that we did not make in Iraq in 2003… we did not refill the void and if we did not get it right, we will get the exact same result.

And if we do not act commercially and economically, we will lose this battle”.

“This is a huge responsibility on the shoulders of these three men,” the newspaper says.

The transfer and export of Syrian oil, then the “Daily Beast” moves on to explain how this oil is transported and exported from the wells located in northeastern Syria, indicating that 22 tons of oil are filtered on some days in dilapidated refineries spread between the Syrian cities of Rmelan and Qamishli.

That part of this oil is exported to the Kurdistan region, in northern Iraq, pointing out that when the “Delta Crescent” company sought a new arrangement in transporting and refining oil between the neighboring Kurdish regions, the President of the Kurdistan Regional Government refused to renegotiate its “illegal trade with Rojava”.

The “Daily Beast” continued, that the company Delta Crescent of Iraq (a company that is also engaged in this trade) “paid approximately $ 19 a barrel for oil and included it in the pipeline to Turkey.

But Barzani wanted 70% of the income from Syrian oil, and the founders of Delta refused.

“Millions and millions of dollars are being made on a daily basis on that border,” a KRG official familiar with the meeting was quoted as telling the Daily Beast.