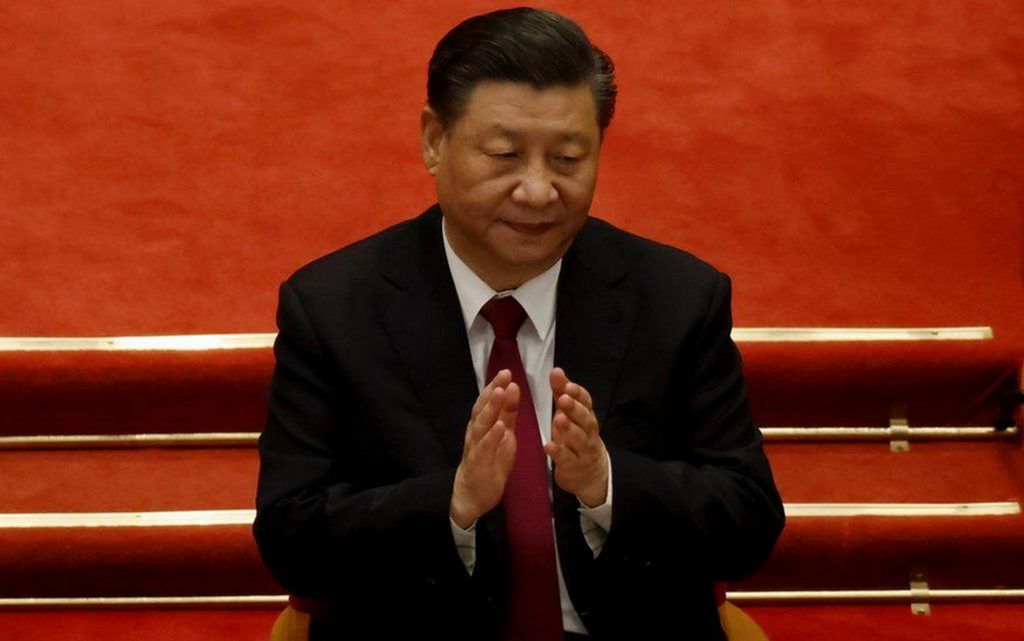 The writer starts from the statement of Chinese President Xi Jinping to a session of the Politburo of the ruling party, when he said that “China must assert itself more effectively on the world stage to strengthen its voice and prestige”.

This comes at a time when China’s global image is being damaged by human rights controversies at home, the crackdown in Hong Kong and its response to the Coronavirus, according to the writer.

The Communist Party has long viewed propaganda as crucial to its rule, and spends billions of pounds each year on a vast network of foreign language channels.

In recent years, Chinese diplomats have been encouraged to set up accounts on Western social media, not available in China, to promote Beijing’s narrative, whether it’s about conditions in the Muslim region of Xinjiang, the takeover of Hong Kong or the origin of Covid-19.

The writer notes that China “actively provides news through state media for developing countries and even Western countries in an attempt to change the narrative around the world, and has also stepped up its campaign against Western media for its biased reporting, in part by making life more difficult for journalists”.

Foreigners, especially those working in China from Australia, Britain and the United States”.

“As the party’s authoritarian ideology increasingly conflicts with liberal Western values, Beijing views world opinion as a battlefield, and it must take the lead, as it has done at home, where all media are under state control”.

Indeed, in the disaster zone, a more subtle approach can be observed in public relations represented in Xinjiang, where Western governments have accused China of committing genocide against the Muslim population in the region.

At the end of the article, she notes, “The regional government organized a session that included many testimonies from Muslims in Xinjiang about the economic progress achieved thanks to the Communist Party.

The government also held regular press conferences in Beijing and organized a series of closely supervised visits to Xinjiang to convey its version” of what happened.