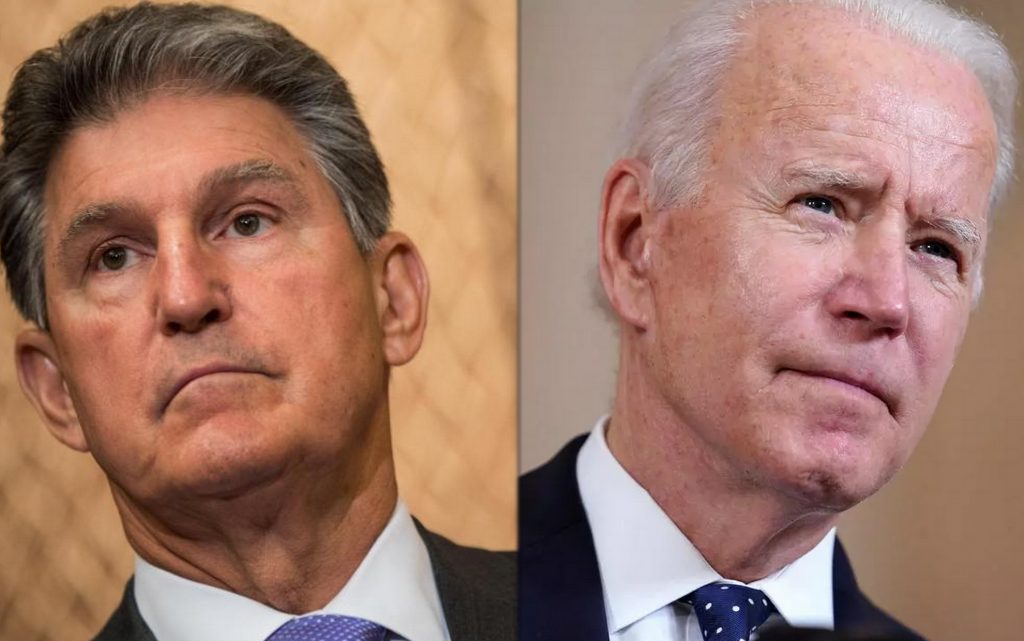 Since President Biden came to the White House, he has shown every sign of being a man in a hurry, with a raft of legislation ranging from gun control and police reform, to massive infrastructure spending and expanded voting rights.

He adds, “The new president expected Republican opposition, especially in the Senate, where the Democrat majority is very weak, but one of the biggest obstacles to his plans was put in place by a team of his associates”.

The writer believes that Biden’s last speech in Tulsa a few days ago showed that he lost patience with Joe Manchin, the Democrat senator from West Virginia.

It has been Manchin, since Biden took office, who has done his best to scuttle the White House agenda.

Manchin is concerned about tightening gun control legislation, as well as against more ambitious aspects of Biden’s multi-trillion US dollar infrastructure plans, and is wary of changing the disruption rule that would make it easier for Democrats to pass new laws.

He notes that “with a bipartisan divide in the Senate of 50-50 with Democrats in favor of a decisive vote for Kamala Harris as Vice President, obtaining Manchin’s support is indispensable to achieving Biden’s ambitions”.

The writer believes that Manchin will not run in the elections to defend his seat before 2024, but left-wing Democrats have already identified him as the main target they want to remove, explaining that “the White House is keen to downplay any disagreement with Manchin, or Kirsten Sinema of Arizona, the senator”.

The other one Biden referred to in the Tulsa speech”.

To pass most of its legislation in the Senate, the White House would need to persuade ten Republicans to cross the bipartisan aisle and beat the stall, assuming it persuaded his Democrat lawmakers, including Manchin, to support his reforms.

Some of the financial measures can be passed by a simple majority, but that means there is no bipartisanship”.

At times Manchin has been described as the only Democrat left there.

The writer concludes that Biden “has already achieved some successes.

A Coronavirus stimulus package that led to direct payments to Americans’ bank accounts and a recent bill to impose tougher penalties against anti-Asian race hate has passed, but these successes are unlikely to convince voters that Biden is a man who can still make things happen.