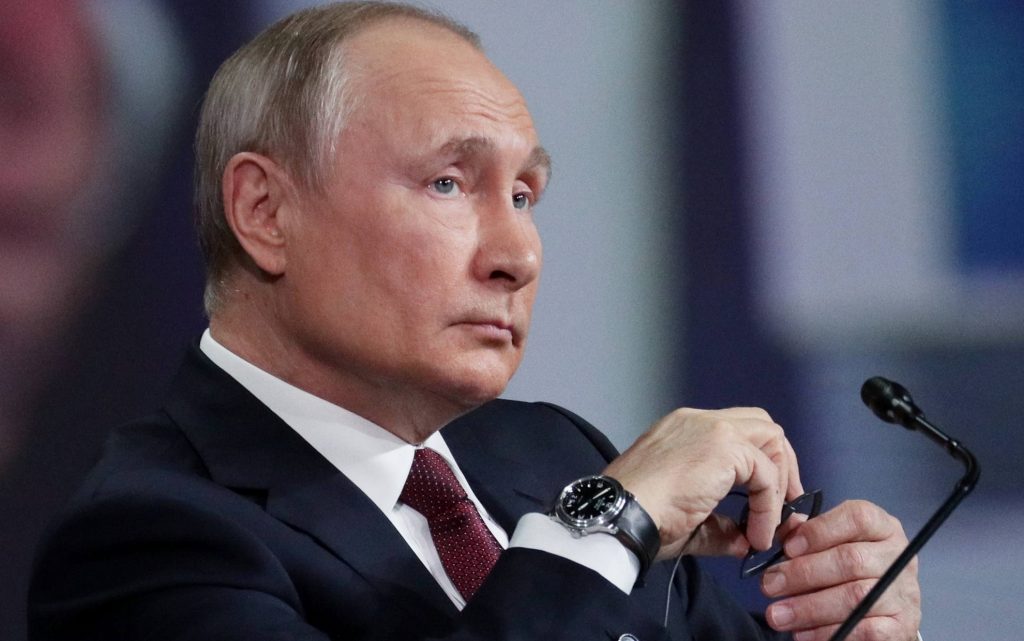 Russian President Vladimir Putin said that lasting peace in the region cannot be achieved without resolving the Israeli-Palestinian conflict, stressing “the importance and sensitivity of the issue for the whole world”.

This came in statements made by Putin during his participation via visual communication technology, in a meeting with the directors of the most prominent international news agencies, including the General Editor-in-Chief of Turkish Anadolu news Agency, Yusuf Ozhan, on the sidelines of the “St. Petersburg” International Economic Forum (SPIEF 2021).

During the meeting, Yusef Ozhan asked a question about how Russia contributed to resolving the crisis between Palestine and Israel, in which he said, “Last month, we witnessed a noticeable increase in violence against Palestinian civilians.

How can Russia, which has a large Muslim population and has strong relations with Israel, make a diplomatic contribution to the conflict between Palestine and Israel?

In response to Ozhan’s question, Putin said that Russia has very good and friendly relations with Israel and Palestine, noting that they welcome the processes of normalizing relations in the region between different countries, especially between Arab countries and Israel.

He added, “Once relations are restored, it is always in the interest of these countries and nations,” stressing that “there is a need for a multilateral platform and multilateral cooperation to discuss all current issues”.

The Russian president added, “There are some issues that need special attention from the international community.

Currently, we are witnessing that it will not be possible to achieve lasting peace in the region without resolving the Israeli-Palestinian conflict”.

He added, “When we bear in mind that the Palestinian issue is sensitive and important to the entire world, it will be very important that issues related to solving this issue not be raised on the sidelines or in the background of international politics”.

Putin indicated that overcoming the differences in Palestine is an important factor, continuing, “There is also the issue of Israeli settlements, but there are other issues that are piling up.

All of this requires careful consideration.

He expressed his hope that “all major crises will be resolved, foremost of which is the issue of the two-state solution, that is, the establishment of a Palestinian and an Israeli state, provided that this solution will have a positive impact on the interests of the Palestinian and Israeli peoples”.

Putin added, “This solution must be taken into account from a long-term perspective, it is very important not to be guided by current short-term interests.

What we have to do is keep in mind a lasting and long-term peace”.

The Russian president concluded his statements by saying, “Judging from this short conversation with you, I do not think that I can find a recipe for solving this old problem, but Russia, together with other participants, will continue to contribute to the solution of the Palestinian issue”.