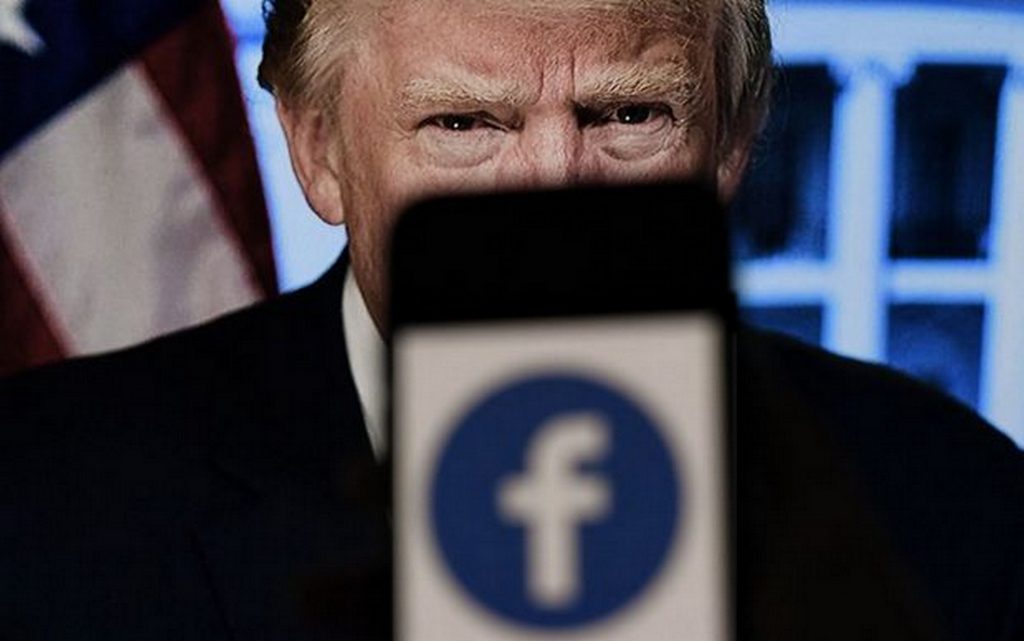 On Friday, Facebook suspended the former US President Donald Trump account on its platform until at least January 2023 and announced changes to how it treats world leaders who break the rules in posts on its platform.

Facebook said the suspension, which will last at least two years since it began on Jan 7 of this year following riots in the Capitol, will not be lifted unless the threat to public safety subsides.

Trump criticized Facebook’s decision, describing it as a kind of censorship of freedom of expression and an insult to those who voted for it.

But that means he can return to Facebook well before the next presidential election in late 2024.

“Given the gravity of the circumstances that led to Mr. Trump’s account suspension, we believe his actions constitute a flagrant breach of our rules that warrant the highest punishment available under our new regulations,” Facebook’s director of global affairs Nick Clegg said in a post.

In May, Facebook Oversight Board, an independent group funded by the company that makes decisions on contentious content, upheld the company’s unprecedented decision to suspend Trump’s account, which was carried out because the company said his posts incited violence.

But the board said the company erred when it made the indefinite suspension and called for a “proportionate response”.

In a statement on Friday, Trump denounced the decision, repeating false allegations of voter fraud, and said, “Facebook’s decision is an insult to a record 75 million and many others who voted for us in the fraudulent 2020 presidential election.

They must not be allowed to go unpunished for such censorship and silencing and in the end we will win.

Our country will not tolerate this abuse anymore!” Several investigations found no evidence of election fraud.

Facebook said it would work with experts to decide when the risk to public safety from Trump’s posts would recede to be brought back to its platform.

It added that it would assess factors including incidents of violence, restrictions on peaceful assembly and other indicators of unrest.

Facebook indicated that there are a number of escalatory punitive measures for Trump if he violates more rules, which may lead to the permanent deletion of his account.

White House spokeswoman Jen Psaki told reporters of Facebook’s decision on Trump that the company felt it was unlikely to change its approach over the next two years.

Platforms such as Facebook and Twitter considered that world leaders, politicians and elected officials should have more freedom on their platforms than ordinary users.

Nigeria said on Friday it had indefinitely suspended the activities of US company Twitter, two days after the social media giant deleted a post by President Muhammadu Buhari threatening to punish separatists.

In a radical change, Facebook said on Friday that it would “revoke the assumption it made in 2019 that politicians’ statements are primarily related to the public interest”.

It said it will now evaluate offensive content from politicians based on potential harm risk in the same way it evaluates the content of all users.

But a Facebook spokesperson confirmed that politicians’ posts would remain exempt from third-party fact-checking.

This decision and policy changes could significantly affect how Facebook deals with leaders and officials who break its rules.

The company said that public figures who violate the rules by inciting violence or unrest in society will be punished by restricting the account for a month, while the more serious violations may face longer periods.