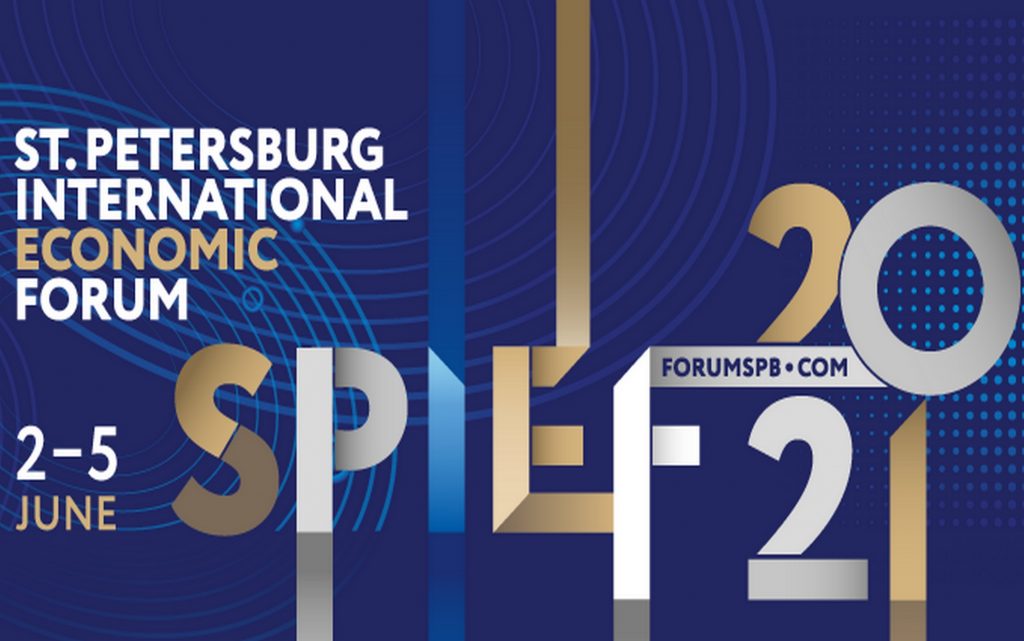 The title may have many fanciful meanings as if we live in a beautiful world.

On the contrary, the world in which we live today is mired in crises, wars, and conflicts that have affected the world.

Such times weren’t lacking except for the spread of an epidemic that took lives all over the world, where the year 2020 was terrifying, in terms of its transformation into a large compound that quarantined the world’s population.

Of course, we won’t list and keep counting all economic, social, and political crises that the world suffers from, because the purpose here is to think about solutions for problems and stop complaining… The world is already suffering enough, and the time is to seek solutions.

Russia, as a superpower in the world, and it’s one of the five permanent members of the UN Security Council, undoubtedly has the role and effective contribution in modifying the balance of international justice and it’s supposed to have equality, in terms of causing a shock in the world, forcing some intransigent voices to see with two eyes, without ignoring the facts on the ground.

The International Economic Forum, in its twenty-fourth annual forum, comes after the world passing a year full of tremendous events, which have guided by the spread of the Coronavirus epidemic, which swept the world, and caused great disasters on humans, social and economic levels.

The concept in the international cooperation system is the need to exploit the soft power that all influential countries in the world are supposed to possess, in order to achieve their interests and to establish a principle with the concept, or specific gain on the stage of politics and international relations.

Economic, security and political forums were one of those platforms that provide an opportunity for dialog and global communication, away from the pressures and narrow political considerations of some countries, which some of their leaders and policymakers insist on ignoring all these woes that humanity suffers from, including the peoples of their own countries.

Those people who are supposed to have elected them to be leaders and rulers of their countries, and only they have to work seriously without any personal considerations, to secure and defend the interests of their people who elected them at first place, and payout of their money in form of taxes, investments, etc., for the sake of a better life.

Of course, forums won’t solve mankind’s problems, but it’s an opportunity that provides a chance for some minds to meet, think and collaborate to find solutions to many issues.

In the twenty-fourth session of the St. Petersburg Forum, the doors will be open for real communication between Europe and Russia and all countries and decision-makers, to discuss many important issues, especially the crises that hinder the normalization of relations between the European Union and Russia, the strengthening of cooperation on the European continent with Russia, and the overcoming differences, in order to deal with it from a fair and independent perspective, without any external influence on decision-makers in Europe, which is what prevented the leaders of the European Union, to this day, from enjoying the independence of the decision from Washington.

There are two main issues at the forefront of pressing issues in this year’s forum, namely security and mutual cooperation between Russia and the European Union and overcoming the tension atmosphere, which the European side, under the umbrella of NATO, insists on continuing to irritate with regard to the reciprocal relations with Russia, which is the neighbor that must bring together with interests and gains that exceed the contentious issues.

The issue of the current conflict in Ukraine and the question of the future European recognition of the fate that, the Crimean Peninsula, chose to be part of Russia, a couple of years ago, as the West, in general, insists on double standards in such issues usually.

Without going into a useless narrative, the European continent is full of many similar disputes that took place and are still ongoing, such as the Greek-Cypriot-Turkish conflict, the separatist territories in Spain, the British-Irish conflict, up to the Balkan wars that formed states and abolished others.

All these conflicts don’t differ in principle from the crisis of recognition of Crimean Russia, which was part of the former Soviet Union anyway.

The second, and most important issue in this year’s forum, comes in light of the relentless international conflict in facing the Coronavirus epidemic, and the current ongoing incomprehensible process that the west speaks of by politicizing the issue of making and the effectiveness of vaccines that experts are developing, to find a solution to stop the epidemic and to protect humanity.

The fact by time going by, proved the high efficiency of the Sputnik V, which it becomes a request by many countries, purchased a high amount of the vaccine, and they now in serious talks with many countries already took the initiative to enhance cooperation and vaccine manufacturing in their countries.

While Europe is in the state of facing the reality of the aftermath of the Covid storm, and the matter of the need to secure vaccination for its population, after many European countries face the ugly truth about their poor health institutions and systems that have witnessed a collapse during the darkest times of the Covid attack.

The frightening state of weakness, culminated recently into a state of chaos, when the time comes to adopt the best vaccine, and the shame comes, with the insistence of some countries, through their policies, which politicize the issue of adopting the vaccine, according to purely political terms, without practical consideration of health figures and documented facts.

And even in the economic perspective by providing the best treatment at a lower cost without inserting narrow political standpoints into a standard that defines the fate and the lives of the people in the European continent.

No one will answer if the question is asked… What is the problem with cooperating with Russia for example to offer the Russian vaccine as a good option to confront the epidemic, which is the same as the other vaccines that were provided by countries such as Germany, China, Britain, and the United States?

It’s regrettable that the arrogance of some in the West and their refusal to acknowledge the success of other countries, as Russian and Chinese experience prevail.

The forum this year will be a great opportunity for extending the hand, to provide options for Sputnik V, to reach how in needs for vaccination.

It’s incomprehensible that the amount of panic that afflicts some, from the fact that there are effective vaccines with minimal side effects, have already been developed outside the countries of the West, away from the giants’ companies that work in the first place on the principle of achieving material gains, and dedicating the principle of political control, which have reached to control the human lives.

It’s useful at this year’s forum in St. Petersburg, to be the privileged place to strengthen cooperation and bypass the politicization of the issue of Covid-19 vaccines, in terms of direct communication and access to the successful Russian experience in this regard and pave the way for opening the horizon of cooperation to deliver the vaccine to the largest number of people in the world, to stop the spread of the epidemic.

The issue of confronting the epidemic that has spread in the world since the beginning of last year has become an urgent global issue that aims mainly to save lives and prevent the world from being exposed to more crises in economic and social domains, which will affect the future of the world.

And under the lack of ability and intention for finding solutions, a room for terrorism and insecurity will be created,

The fact is, in the year 2021, all these facts had become clear to the policymakers in the EU, especially with the waves of displacement caused by these crises, and without a doubt, Europe, for yeas now understood, and supposedly became aware of its consequences.

Thus, the forum this year will bring real opportunity offered by Russia once again through this soft power dedicated to creating a balanced global atmosphere away from narrow thinking of those who don’t want stability for European countries, and it’ll also allow the neighbors to solve their problems and overcome the differences among themselves without the interference of some, those who the events of history proved their real intentions.

Global powers that only seek to impose certain policies that don’t take into account any of the aspirations, goals, and desires of their people, won’t be qualified to understand the requirements and concerns of their peoples as well, and therefore it’s regrettable that European countries ignore the available opportunities that are opening new ways and horizons for strengthening cooperation.

It’s important that European presence in this year’s forum be real and more comprehensive because it’s a real answer and real measure of its desire to cooperate and achieve peace at a very needed time.