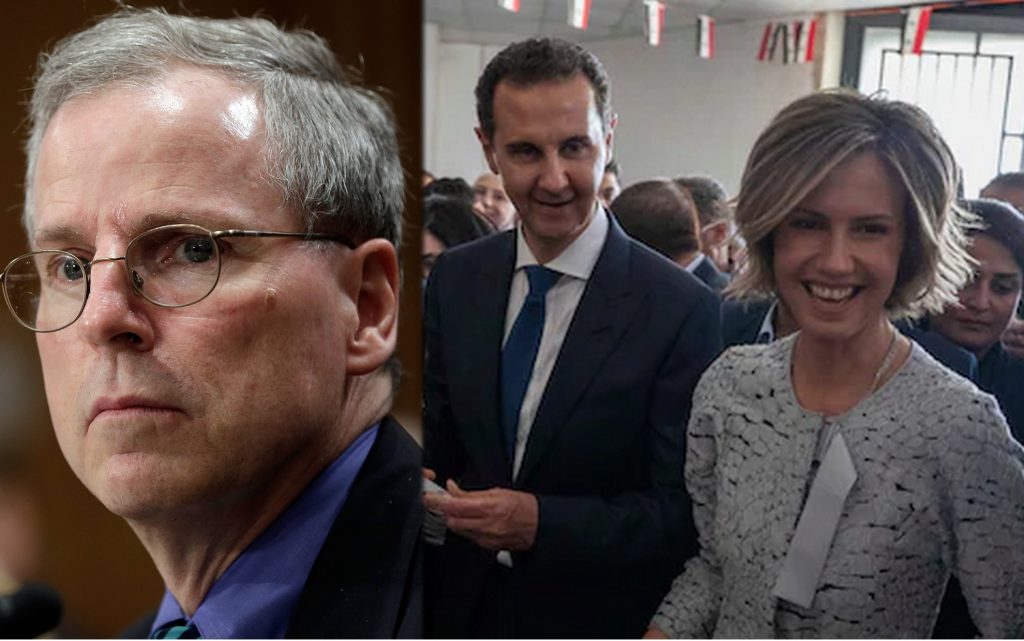 The Washington Post newspaper considered that Syria’s holding of the presidential elections on time is a failure of US policy, in addition to “defying US diplomacy and its allies for a decade”.

The former US ambassador to Damascus, Robert Ford, told the newspaper: “The Syrian elections and the vote of the Syrian president in the city of Douma have indications that are not hidden from anyone,” explaining that “this is an indication of the failure of the US diplomacy that wagered on making a shift away from the rule of the Assad family.

He crossed the political path of Geneva, under the supervision of the United Nations, which was flabby for 7 years, without any result.

Ford added that the elections “indicate the absence of any influence of the United States”.

Otherwise, Assad would not have been able to organize such a campaign with the full support of the military forces and the security services.

He stressed that “the great powers, such as the United States of America, cannot remove this person.”

The newspaper considered that “US policy under US President Joe Biden does not indicate its intention to actively engage in Syria,” and to do more than “support efforts to provide humanitarian aid, and it has not appointed a special envoy for it yet”.

Election centers in Syria closed their doors after polling was extended until midnight on Wednesday, in light of the massive turnout of voters at the ballot boxes.

The elections were held in 12,000 centers across the country, amid heavy voter turnout in Damascus, Aleppo, Homs, Latakia and the Syrian coast.

In eastern Syria, the voters defied the harassment of the “SDF”, and they turned to the polls massively.

The Syrian President Bashar al Assad and his wife, Mrs. Asma, voted in the presidential elections in the city of Douma in Eastern Ghouta.

The Syrian president said that “the terrorists tried, through the occupation of Douma, to distort its image, but most of its people were communicating with the state,” adding that some of the people of Douma and Ghouta “fought with the Syrian army, and offered martyrs in the army and the auxiliary forces”.

President Assad affirmed that “Douma’s visit and the election is an affirmation that Syria is not a region against a region, or a sect against a sect”.

The United States and European powers have previously condemned the Syrian presidential elections, saying that they will be “neither free nor fair”.

A joint US and European statement said that the Syrian presidential elections are an attempt by President Bashar al Assad to restore legitimacy, without ending human rights violations, as he put it.