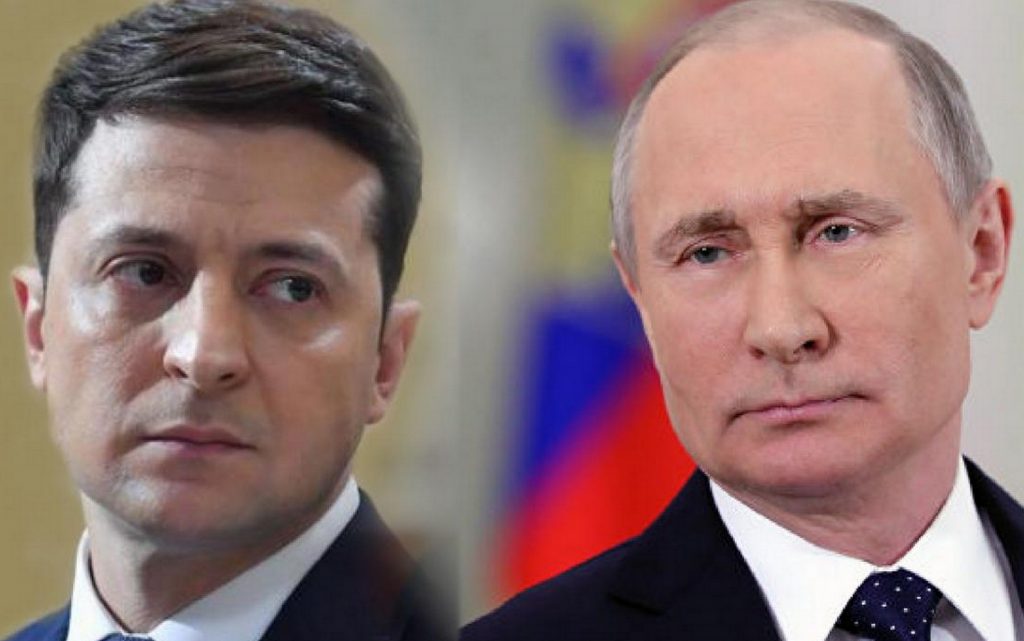 Kremlin spokesman Dmitry Peskov confirmed that the imposition of new Kiev sanctions on Russian companies and citizens is not part of preparations for the meeting with Russian President Vladimir Putin and his Ukrainian counterpart, Vladimir Zelensky.

He said, “It is clear that this practice is not at the level of preparation for a meeting between the two presidents”.

On Friday, Ukrainian President Vladimir Zelensky put into effect the decision of the Ukrainian National Security and Defense Council, regarding the indefinite extension of large-scale sanctions against Russian individuals and legal entities.

The decision concerns, in particular, the Russian media “NTV, Channel One, Russia Segodnya Agency, TNT, as well as Zvezda Channel”.

The sanctions include an asset freeze, a halt to commercial operations, a ban on capital withdrawal from Ukraine, and other restrictions stipulated by law.

It is noteworthy that the sanctions will be applied to 674 individuals and 138 Russian companies.

Zelensky said on Thursday, that he is “ready for dialogue with Putin, and that his office has begun negotiations with the Russian side on organizing the meeting”.

For his part, Russian President Putin indicated, last April, that “if it comes to discussing the Donbas problems, then the leadership of Ukraine must first and foremost meet with the leaders of Lugansk and Donetsk”.

He added, “I am ready to receive Zelensky in Moscow at any convenient time, when it comes to developing bilateral relations”.