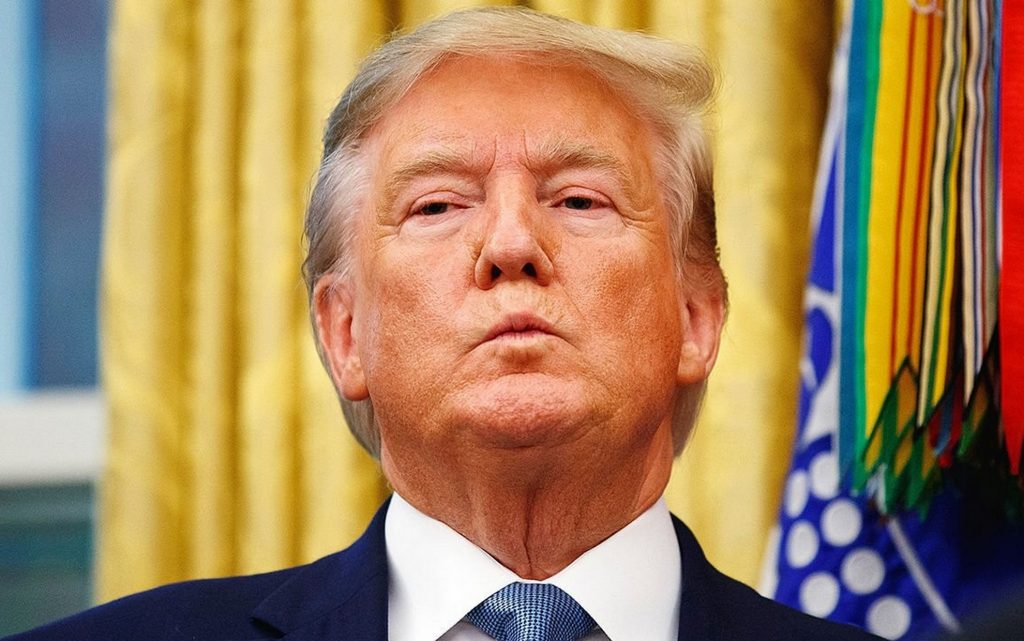 The American “Axios” website revealed a paper issued by former US President “Donald Trump” that includes the withdrawal of American soldiers from abroad, including Syria.

According to Axios website, Trump had intended to return his country’s forces from Afghanistan, Germany, Iraq and Syria as soon as possible.

The document emphasized that one of Trump’s closest aides, John McCanty, handed over the chief advisor to the Secretary of Defense, Douglas McGregor, on November 9 of last year, “a paper with several notes” and then informed him, “This is what the president wants you to do”.

They completed the withdrawal of troops from Germany.

Get us out of Africa”.

The sources said, “McGregor” was shocked by the clauses and told John McCanty that he doubted that the Pentagon would be able to comply with the order before the inauguration of the winning president, Joe Biden, on January 20.

He mentioned that one of Trump’s aides told him: “So, withdraw as much as possible”.

The website pointed out that the assistant “McGregor” called “McGregor” the next day, admitting that he did not know how to formulate the memorandum that must be signed by the president, and asked for his help.

The sources of the Axios website stated that Robert O’Brien, who was working at the time as assistant to the president for national security, was able to persuade Trump to postpone the matter, and hold a meeting at the White House for 48 hours, and in this meeting, O’Brien, Miller and Milly opposed the president’s initiative, and after consultations, Miller announced that the authorities It intends to keep 2.5 thousand of its soldiers in Afghanistan and Iraq by January 15, 2021.

The US President Donald Trump announced, in a statement released by the White House, on January 16, that the number of US forces in Syria and Iraq was the lowest in years.

The statement included some of Trump’s military achievements in the Middle East wars.

Trump said in the statement that the number of US forces in Afghanistan is the lowest in 19 years, stressing his commitment to ending long wars.

He said at the time that $ 2.5 trillion had been invested, including all new equipment made in the United States.

It is believed that the United States is seeking, through its military presence in Syria, to achieve a number of strategic goals, including maintaining control of the rhythm of the situation in this troubled country, whose peaceful revolution has turned into a raging war, in line with the desires and aspirations of Washington and its allies in the region, most notably Israel.

The US ambassador to the United Nations, Nikki Haley, said in an interview with Fox News, recently, that the United States has three goals in Syria, namely, to ensure that chemical weapons are not used, defeat ISIS, and to ensure a good observation point to follow up on what it is doing Iran.

The United States of America maintains 11 military bases in the governorates of Hasakah, Raqqa and Deir al Zour, especially near oil and gas facilities along the borders with Iraq, in addition to the al Tanf base on the Syrian-Iraqi-Jordanian borders.