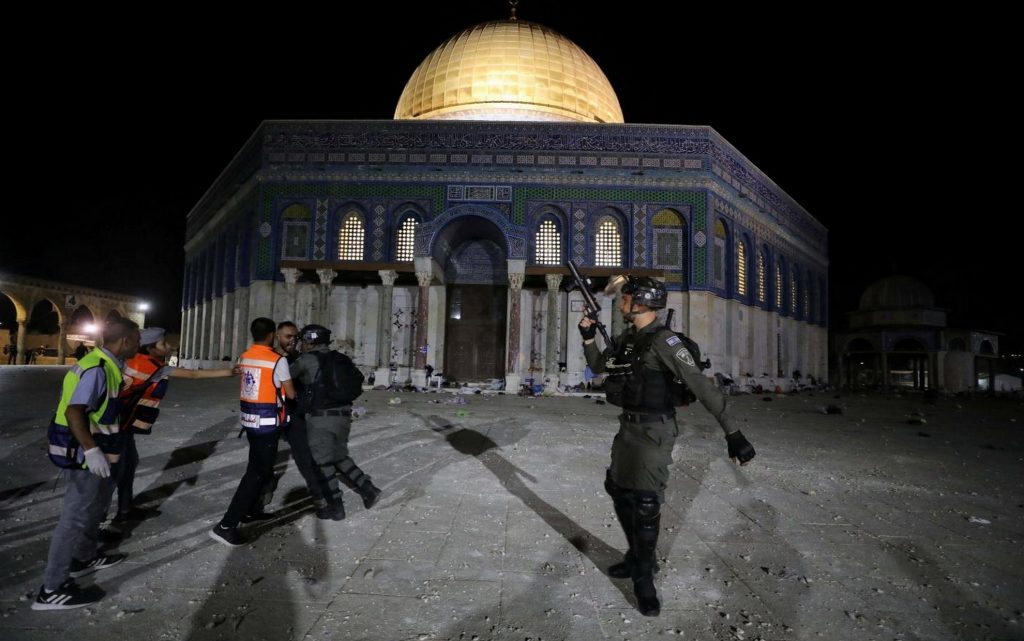 The envoys of the International Quartet for Peace in the Middle East, which is composed of the European Union, Russia, the United States and the United Nations, called on the Israeli authorities to show restraint and refrain from steps that would escalate the situation in East Jerusalem, according to a statement published on the Russian Foreign Ministry website on Sunday.

“We call on the Israeli authorities to exercise restraint and to avoid measures that lead to further escalation of the situation during this period of the Islamic holy days,” according to the Russian news agency TASS.

The Quartet’s Middle East envoys also urged the Israeli authorities to “preserve and respect the status quo in the holy sites” in Jerusalem.