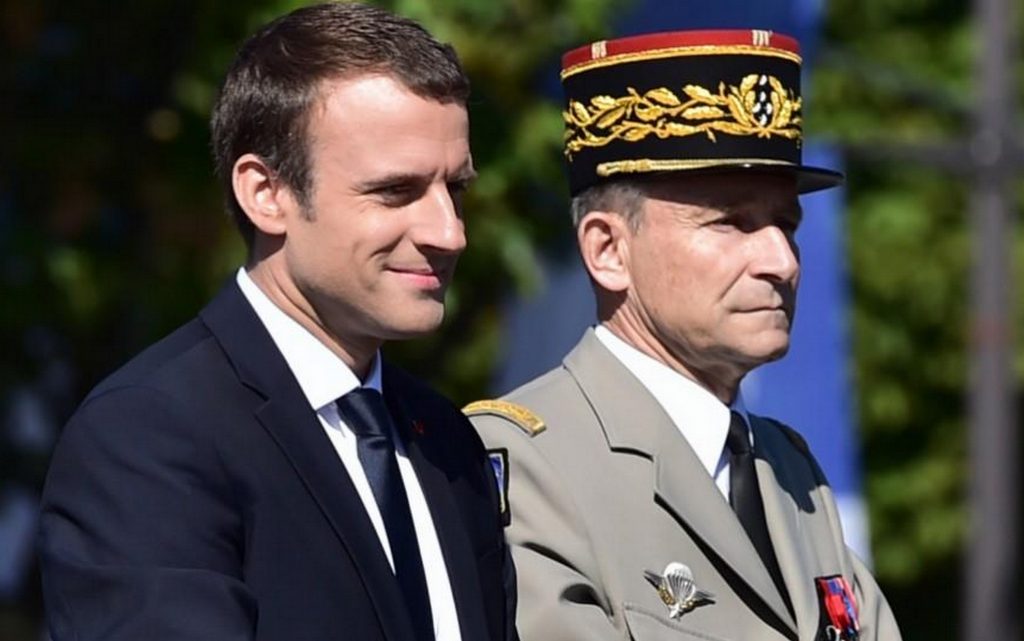 A hardline French conservative magazine announced to Agence France-Presse Friday that a group of French soldiers who are still in active service asked them to publish an article criticizing the “disintegration” of their country, two weeks after it published a similar article signed by military personnel, among whom are senior officers on the verge of retirement who are currently at risk Expose them to penalties for what they have done.

“This is a new article from active duty service personnel this time around,” said Jeffrey Logone, managing editor of the weekly Valor Actuil, said.

They think of us because we published the previous article.

He added that these soldiers requested that their names be kept confidential.

However, the managing editor of “Valor Actoel” said that the new article has not yet met all the conditions imposed by the magazine for its publication on its pages, indicating that he is waiting before everything to see the final version of the article, which is still being drafted.

He added that he is also looking for a way to simultaneously “verify” the number of signatories to the article and ensure that their identities are not revealed.

Valor Actuel published on April 21 an article that shocked the country and was signed, according to the magazine, “about twenty generals, a hundred high-ranking officers and more than a thousand other military personnel” in which they appealed to President Emmanuel Macron to defend patriotism and expressed their readiness “to support Policies that take into account the preservation of the nation”.

On that day, the military launched a fierce attack in their article on the “disintegration” that, in their view, strikes their homeland and “is manifested, through something of anti-racism, with one goal of creating a state of distress and even hatred between groups”, warning that “disintegration will lead, with Islamism and the hordes of the suburbs, to Separating many parts of the nation to turn it into lands subject to beliefs that contradict our constitution.

Two days after it published this shock-article, the same magazine devoted its pages to a letter from Marine Le Pen, leader of the National Rally (the largest opposition party, the extreme right), inviting these soldiers to join her in the “battle for France”.

The article by the military sparked a storm of conflicting reactions among the political class in France, as some saw it as a semi-public call for rebellion, while others considered it a healthy spontaneous movement.

Prime Minister Jean Castex denounced the step taken by these military men, saying that it “contradicts all our republican principles,” and accused the National Rally Party of trying to “gain politically” from this article.

The Minister of Armed Forces requested that sanctions be imposed on the signatories of the article, whether they are retired or are still in active service.