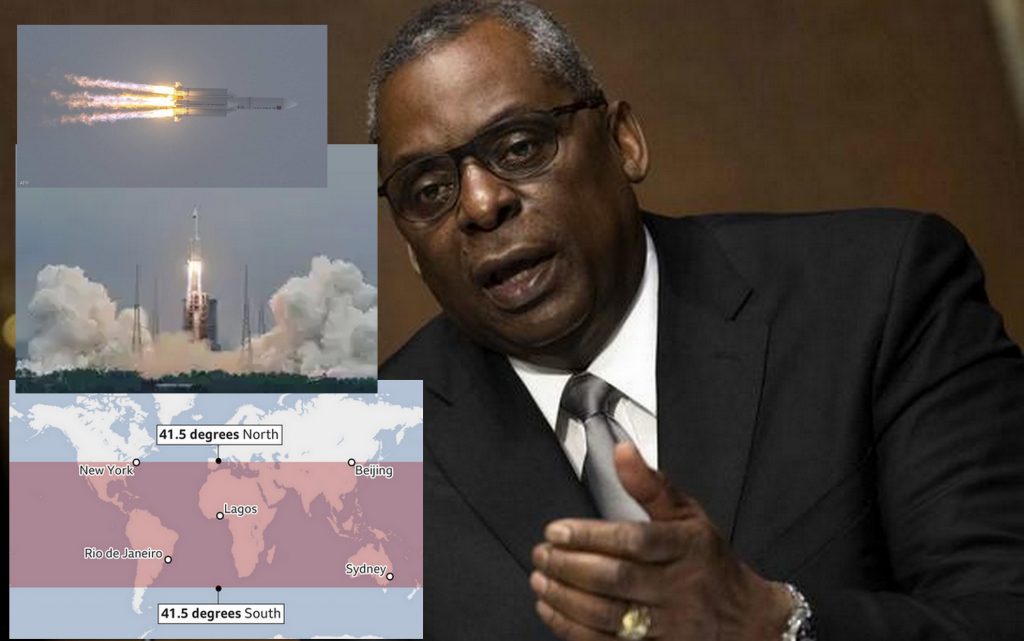 US Defense Secretary Lloyd Austin said on Thursday, that his country does not intend at that stage to drop the remnants of a large Chinese missile that is expected to fall back through the Earth’s atmosphere in the coming days.

A Long March 5B missile blasted off the Chinese island of Hainan on April 29 carrying the Tianhe craft, which contains what will become the living quarters of three people in a permanent Chinese space station.

The launch vehicle was the first of 11 missions required to complete the station.

Speaking to reporters, Austin told reporters that it was hoped that the remnants of the missile would fall into the ocean, and that the latest estimates indicated that it would fall on Saturday or Sunday.