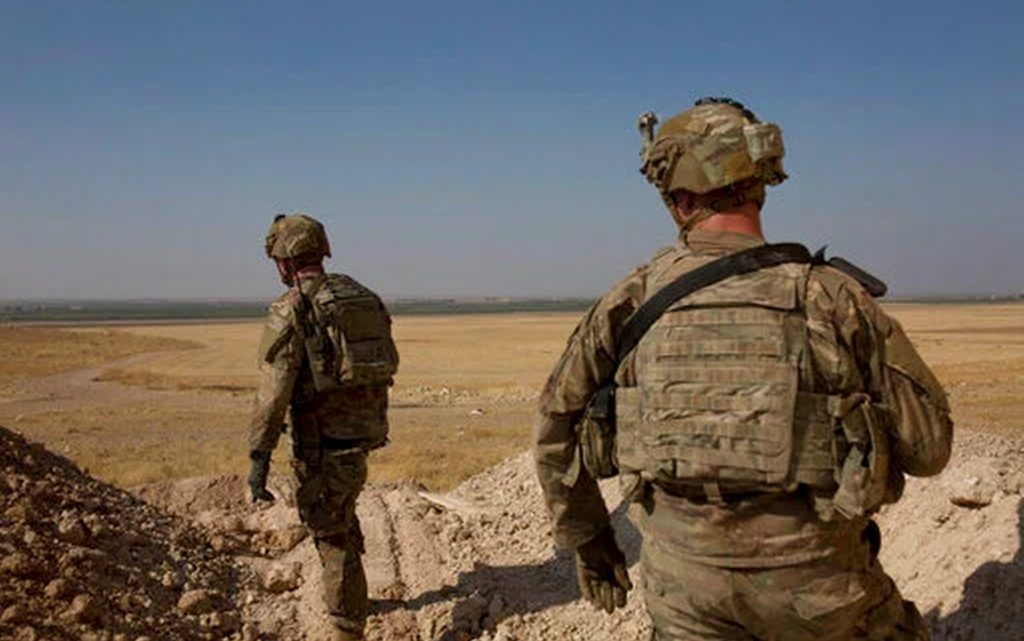 In 2016, Planet Risk, a US defense contractor, was working on a prototype of a program when its employees discovered that they could track US military operations through data released by applications on smartphones held by US soldiers.

At the time, that company was using the location data it obtained through applications such as weather, games and dating applications, in order to create a monitoring device that could control the travel of refugees from Syria to Europe and the United States, according to what was mentioned in the interviews conducted with former employees in that company, the goal of that company at the time was to sell that device to US officials in intelligence and counterterrorism.

But within these data there is evidence of sensitive US military operations carried out by US special operations forces in Syria.

Data analysts at that company were able to see phones that came from military headquarters in the United States, and traveled through countries such as Canada or Turkey, to congregate at the Lafarge Cement Factory, an abandoned factory in northern Syria, which turned into a theater of operations at that time in front of US and coalition special operations forces.

This discovery was like a first and early look at what has become today a great danger threatening the US armed forces, as how the United States can protect its recruits, intelligence officers, and its security in an era when explicit commercial data issued by mobile phones and other digital services are sold and bought in bulk, and are exposed for sale to who can buy it from US opponents and enemies?!

The US government has established robust programs to track down terrorists and criminals by illegally accessing commercial data.

However, many vendors today are providing information about sites in various parts of the world via mobile phones, which are sold to security and military organizations and law enforcement institutions in the country.

However, the same capabilities have become available and available to the opponents of the United States, and the United States is seeking to monitor and control what its recruits install and download programs on their devices, and whether these programs are safe or not, after it has attached importance to the free and open Internet in front of paid digital ads that often appear suddenly Without imposing heavy restrictions on them in terms of privacy.

This is what scared the defenders of the idea of ​​privacy from across the political spectrum, who feared the data the US government bought, whether inside or outside the country.

Then Democrat Senator Ron Wyden joined Republican Senator Rand Paul last week in putting forward the idea that: “The Fourth Amendment is not a law for sale,” and this is the title of a bill that Mr. Wyden’s team drafted to require the US government to obtain a mandate before it imposes the arrival of that commercial data on the Americans.

This step, which has received great support, will have major effects on various aspects of the digital advertising system, as these ads depend heavily on identifying and tracking consumers and accessing their accounts and pages.

Despite all this, Mr. Wyden stated that he is also working on a separate law to limit the sale of US data – including mobile phone information – to foreign buyers.

An unfriendly foreigner, and this represents a major threat to our national security”.

When Planet Risk tracked phone signals from US bases to the Syrian cement plant in 2016, the plant’s use as a theater of operations for US and coalition forces was not made public.

What is worse is that the company was able to monitor the movements of US soldiers even when they are not at the head of their patrols, and this is a great security risk threatening operations and could turn units into targets by enemy forces, according to what people who have seen this discovery said.

And when that company saw evidence of US missions in the commercial data, it expressed concern to US officials, who in turn feared the possibility of others being able to track down US soldiers, according to what these insiders said.

Planet Risk has been working on a tracking device with which it aims to reach the US defense and intelligence market.

However, this company that preceded competitors in bringing this product to the market before it completed its work, has been divided since then, selling each portion of it to other defense contracting companies.

However, the Wall Street Journal obtained location data from devices that were found in the same cement plant between 2017 and 2018, through a brokerage and commercial data analysis that preferred not to be named.

And so the newspaper began tracking the movements of people who appeared to be soldiers from the US Special Operations Division and other military forces, just as Planet Risk had already done.

This company, which has established its headquarters in the United States, works in the field of the commercial market specialized in company research, but it was also able to track the historical movements issued via cell phones inside Syria, through its data set that it provided to the Wall Street Journal.

Thus, devices appeared in US headquarters such as Fort Bragg in North Carolina and Fort Hood in Texas, or those small military points established in the desert such as the Buehring camp run by the United States in Kuwait, before those forces traveled to the Lafarge cement factory in northern Syria.

These forces also appeared while returning to the United States, to take special leave, mostly at home.

These datasets do not include people’s names, but rather a character and number-based selector installed on their devices and intended for advertisers.

However, the device’s movements in different parts of the world can show clues to the identity of the people.

That is why the Wall Street Journal wrote a report on the movement of phones between known military headquarters in an area from which the United States left some time ago.

It is noteworthy that the US government has established special lessons to teach operational security to those who occupy sensitive positions, according to what people familiar with this matter said.

Recruits were also prohibited from wearing fitness watches that include tracking devices in sensitive locations, because it was found in 2018 that those hours revealed the internal structure of secret military headquarters distributed in different regions of the world, and it was possible to access them via the running paths taken by the soldiers.

As for the US Department of Defense, it is: “It is aware of the risks posed by the capabilities of tracking geographical location, including those that arrive through commercial data, and for this it issued its policy for the use of devices and applications that can track the geographical location in the summer of 2018″, according to what Candace said.

Trish, a spokesperson for the Pentagon, who added the following: “This policy, along with its implementation guidance on risks, works to protect Department of Defense personnel and recruits as well as operations while its flexibility allows for the benefit of geolocation capabilities in some cases where the risk is weak”.