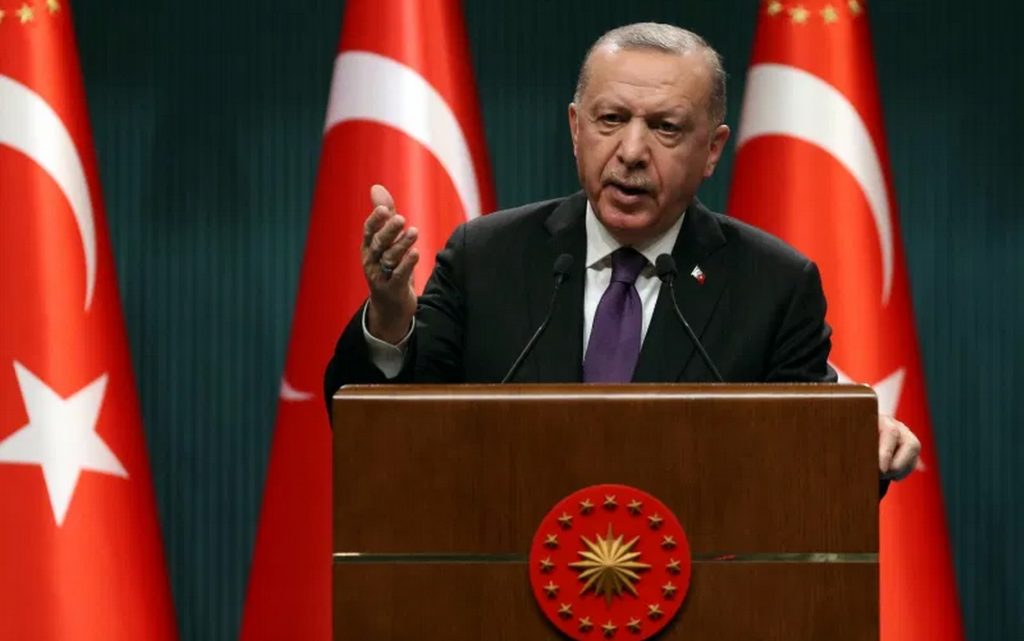 Turkish President Recep Tayyip Erdogan confirmed, on Thursday, that his country is no longer dependent on any country to secure its munitions and aerial bombers.

This came in a speech delivered by Erdogan in the capital, Ankara, at the inauguration of an ammunition manufacturing facility at the Turkish Mechanical and Chemical Industries Company (MKEK).

Erdogan said, “We will not depend on anyone anymore to secure our bombs, ammunition, missiles and warheads,” and confirmed that Turkey, by opening this plant, would have taken its place in the club of major powers in the field of making explosives of the new generation.

He indicated that the standard systems for the industries related to imported gunpowder will be manufactured on Turkish territory with local capabilities.

Erdogan expressed his hope that the Turkish Mechanical and Chemical Industries Company would be able to secure all the needs of the Turkish army and cut off dependence on the outside, and become an institution that contributes to the support of Turkey and its friends, as soon as possible.

The Turkish president pointed out that providing the country’s army with the latest technologies, weapons and training is of great importance, and that it is more important than the number of the army itself.

He indicated that the new facility will manufacture chemical formulas of “RDX”, “HMX” and “CXM” for explosive materials used in munitions.

Erdogan explained that the Turkish Mechanical and Chemical Industries Company manufactures all types of ammunition from 5.56 mm to 203 mm, and its weapons, to be the only facility in the world that brings together the manufacture of all these categories under one roof.

Erdogan said: “In addition to the opening of the new facility, we will know the hybrid electric armored vehicle ‘e-ZMA’ and the portable 105mm Buran gun”.

The Turkish president stated that the e-ZMA vehicle is in the hands of the Turkish armed forces and is ready to enter service.

Erdogan pointed out that the technologies of military vehicles at the present time began to take a new turn, with the entry of electric and autonomous vehicles to the military field.

He said: “Turkey witnessed today the launch of the first model by Turkish engineers, of the M113 armored personnel carrier, by modifying it to become a hybrid operating with an electric motor as well”.

He revealed that the e-ZMA vehicle is capable of covering 700 km and entering a battle for 10 continuous hours.