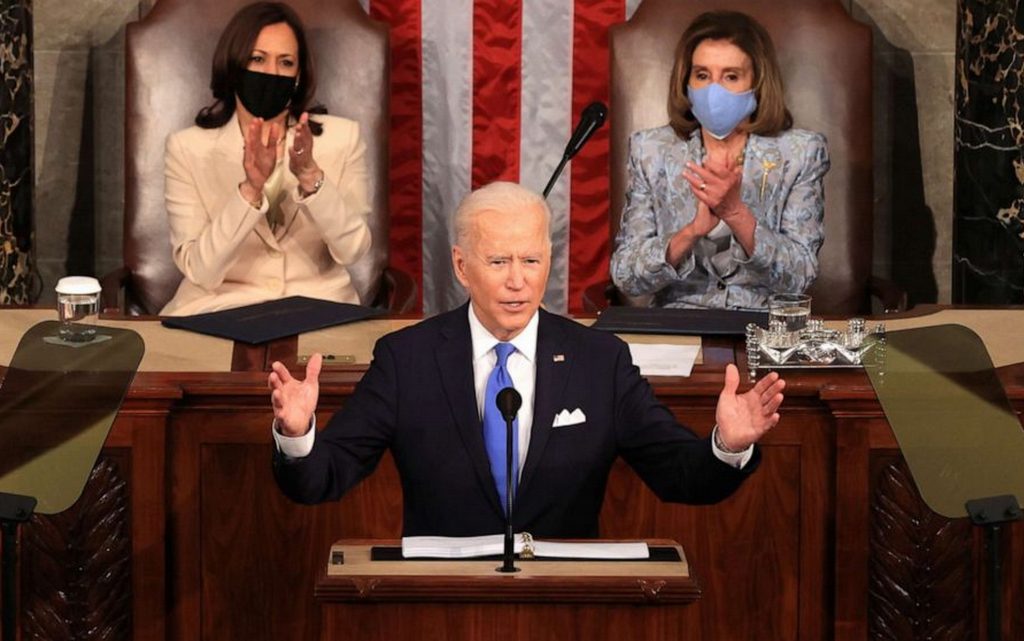 US President Joe Biden’s speech to Congress on Wednesday witnessed the United States breaking through a historic barrier to women and minorities taking leadership positions.

Two women sat behind him: Vice President Kamla Harris, the first woman and the first black and Asian to hold the office, and House Speaker Nancy Pelosi, for the first time in US history.

The seating arrangement bore symbolic meaning for the progress made by American women in the past few decades, with Harris ranked first to succeed the president and Pelosi in second.

Harris sits to the right of Biden. Pelosi, who became the first female speaker of the House of Representatives in 2007, sat to his left.

The two women play a pivotal role in the early days of Biden’s presidency, with Harris a close advisor and a likely voice in the Senate, divided equally between Democrats and Republicans, while Pelosi helps advance the president’s legislative program in Congress.

Biden spoke at a joint session of the Senate and House of Representatives in the presence of a limited number of members in light of imposing social distancing restrictions amid the Covid-19 pandemic.

Harris arrived ahead of Biden and had affectionately received the Vice President Pelosi upon her arrival on the stage.

Speaking to the audience, Biden said, “Mrs. Speaker, Mrs. Vice President… No president has ever said those words from this stage”, and it is about time.