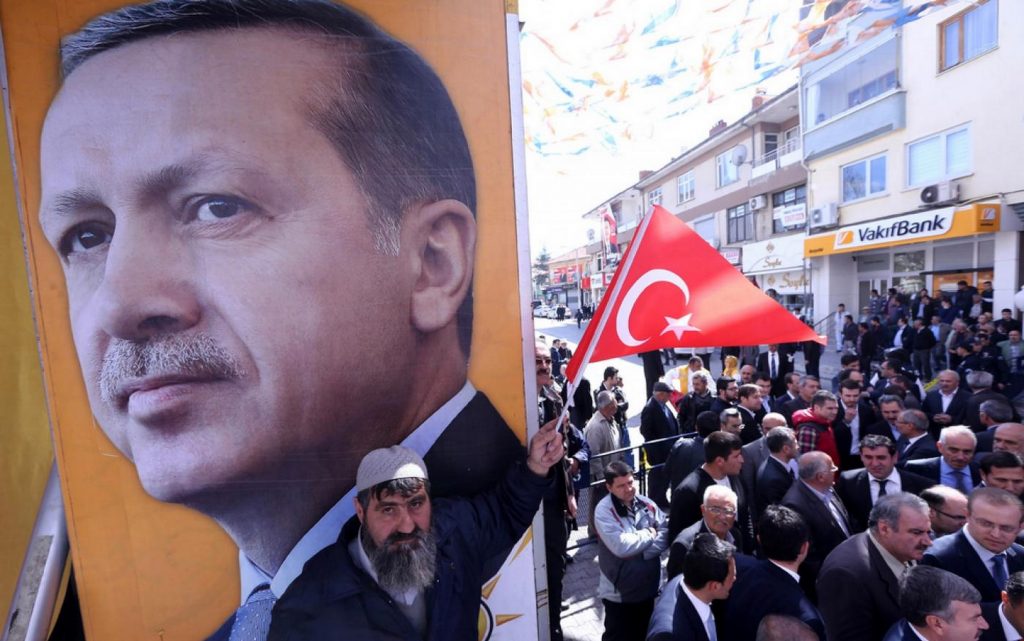 Writer David Gardner published an article in the Financial Times titled “Erdogan’s choice as the most popular leader among the Arab peoples reveals the weakness of the region’s leaders”.

David Gardner begins his article by talking about the popularity of Turkish President Recep Tayyip Erdogan in Turkey as a leader who dominated Turkish politics for nearly two decades.

But he notes that this popularity “is beginning to be eroded by his authoritarian regime and his ability to provide economic prosperity to his religious conservative followers”.

The writer says that there may be a contradiction in this matter.

Many believed that a Turkish ruler, heir to the Ottoman Empire that ruled the Arab world for more than four centuries, could not enjoy such a level of esteem on the part of the Arabs.

So what if that ruler is Erdogan, whose neo-Ottoman ambitions are “clear through maps detailing Turkey’s claims to areas of land in Syria and Iraq, and has occupied four regions in northern Syria since 2016”.

The writer adds that the institution that conducted the survey, “Arab Barometer”, constantly reveals that Erdogan has the highest rates, and has polled more than 20 thousand people to prove this.

In Gardner’s opinion, some of the reasons for this difference in popularity are positive, while others are worrying.

He takes the example of Gamal Abdel Nasser, the legendary Egyptian leader, as he describes him, who fascinated the Arab world with the illusion of Arab nationalism during the period from his nationalization of the Suez Canal in 1956 to the disgraceful defeat of the Arabs in the 1967 War with Israel.

The writer mentions two reasons that made Erdogan’s ambitions beyond his country’s borders. The first reason is the unrest that prevailed in the Arab region during the past decade, shortly after the start of the so-called Arab Spring uprisings.

The second reason is the absence of leadership for the Sunni Arabs at a time when Iran is working to form a Shiite alliance across the Levant and up to the Mediterranean.

The writer believes that Erdogan’s enmity with the rulers of Saudi Arabia, Egypt, the United Arab Emirates and the Assad regime in Syria did not affect the image of the man who derives his legitimacy in the eyes of the Arabs from being a winner in the elections more than twelve times.

Gardner says, “Arab public opinion also appears to admire Erdogan’s growing fondness for so-called hard power and his challenge not only to Israel but to the United States as well”.

Through the use of drones, militias and mercenaries, he was able to reverse the balance of power in the civil war in Libya, and he helped Azerbaijan to restore the disputed Nagorno-Karabakh region with Armenia, and to extend its roots in northern Syria in the areas from which the Kurdish fighters loyal to the United States were expelled.

The writer says that while Turkey sees its control over northern Syria as a legitimate confirmation of its national influence, its allies in the North Atlantic Treaty Organization (NATO) express their concern about what they see as “a new Ottoman move towards achieving regional hegemony”.