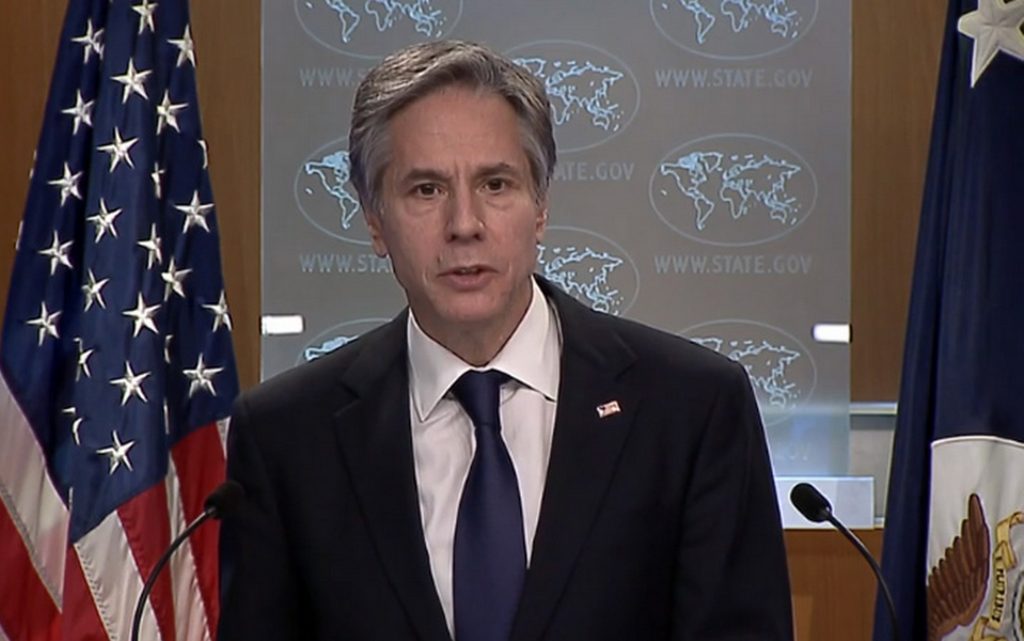 US Secretary of State Antony Blinken warned Turkey and all US allies, on Wednesday, not to buy Russian weapons from now on, saying that this could lead to more sanctions.

US-Turkish relations have been strained over issues including Turkey’s purchase of the Russian S-400 air defense system, which Washington has sanctioned, as well as political disputes over Syria and human rights, and a case before US courts targeting Halkbank, which most of its ownership devolves to the government.

“It is extremely important from now on that Turkey and all allies of the United States avoid purchasing more Russian weapons, especially additional S-400 systems,” Blinken said at a virtual ceremony at the Foreign Press Center.

“Any major dealings with Russian defense agencies once again could be subject to the Anti-United States Adversaries Through Sanctions Act, and this is far from and in addition to the sanctions that have already been imposed,” he added, referring to the law that was designed to discourage states from purchasing military equipment from a NATO opponent.

Blinken also said that in light of President Joe Biden’s widely known views, his admission on Saturday that the massacre of Armenians in the Ottoman era in 1915 amounted to genocide was not surprising.

A spokesman for the Turkish presidency said on Sunday that Biden’s announcement was “simply outrageous” and that Turkey would respond in the coming months.