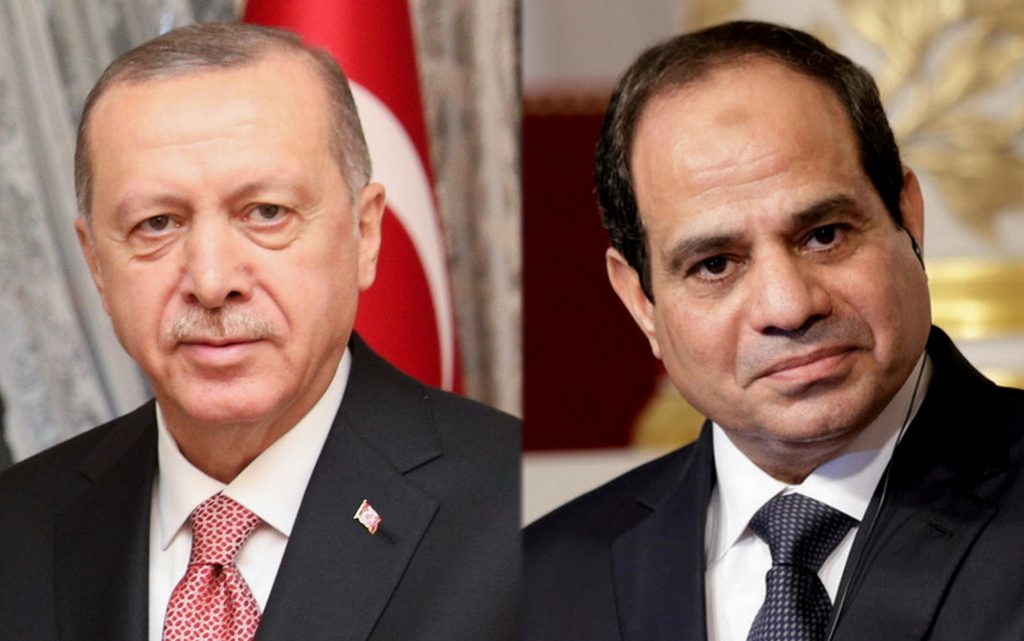 A spokesman for Turkish President Recep Tayyip Erdogan said that the talks between Turkey and Egypt next week could result in renewed cooperation between the two divergent regional powers and help in efforts to end the war in Libya.

Relations between Ankara and Cairo have been strained since the Egyptian army in 2013 ousted the democratically elected late President Mohamed Morsi of the Muslim Brotherhood, who was close to Turkey, in what Ankara described as a military coup.

Recently, however, Turkey has begun work to rebuild relations with Egypt and the Arab Gulf states in an attempt to overcome the differences that have left Ankara largely isolated in the Arab world.

Ibrahim Kalin, an adviser to Erdogan and a spokesman for the Turkish presidency, told Reuters in an interview that there were contacts between the heads of the intelligence services and the foreign ministers of the two countries, and that a Turkish diplomatic mission would visit Egypt in early May.

“Looking at the facts on the ground, I think it is in the interest of the two countries and the region to normalize relations with Egypt,” he added.

Egypt welcomed the move, but it is still publicly adopting a conservative approach to Turkish calls to improve relations between the two countries, which also support competing parties in the Libyan conflict.

“Rapprochement with Egypt… will definitely help the security situation in Libya because we are fully aware that Egypt has long borders with Libya, and this may sometimes pose a security threat to Egypt,” Kalin said.

He explained that Turkey will discuss the issue of security in Libya with Egypt and other countries.

The United Nations supports a transitional government that took over in Libya last month.

But despite the United Nations calling on all foreign forces to leave Libya, Kalin indicated that Turkish army officers and allied Syrian fighters would remain there.

“We have an agreement that is still in place with the Libyan government,” he said, referring to the 2019 agreement that paved the way for a decisive Turkish intervention to support the Tripoli government.

In addition to its own initiative for Egypt, Turkey has sought to improve its relations with Saudi Arabia, a heavyweight in the Gulf region, which has entered into a crisis after a Saudi assassination squad killed the Saudi journalist Jamal Khashoggi in Istanbul in 2018.

Last year, Saudi businessmen agreed to an unofficial boycott of Turkish goods in response to what they described as Ankara’s hostility, which caused the value of trade to decrease by 98 percent.

“We will look for ways to repair relations with a more positive agenda with Saudi Arabia as well,” Kalin said, adding that he hoped to end the boycott.

In a noticeable change in Ankara’s tone, Erdogan’s advisor welcomed the trial conducted by Saudi Arabia, which last year sentenced eight people accused of killing Khashoggi between seven and 20 years in prison.

Ankara had said when that ruling was issued that it did not live up to expectations and urged Riyadh to cooperate with it, as 20 Saudi officials are being tried in absentia, although the court has only held three sessions since July.

Erdogan said in 2018 that the order to kill Erdogan came from the “highest levels” of the Saudi government, and a US intelligence assessment published in February this year concluded that Crown Prince Mohammed bin Salman had approved the killing, an accusation rejected by the kingdom.

“They have a court that did trials,” Kalin said.

They made a decision and therefore we respect that decision”.