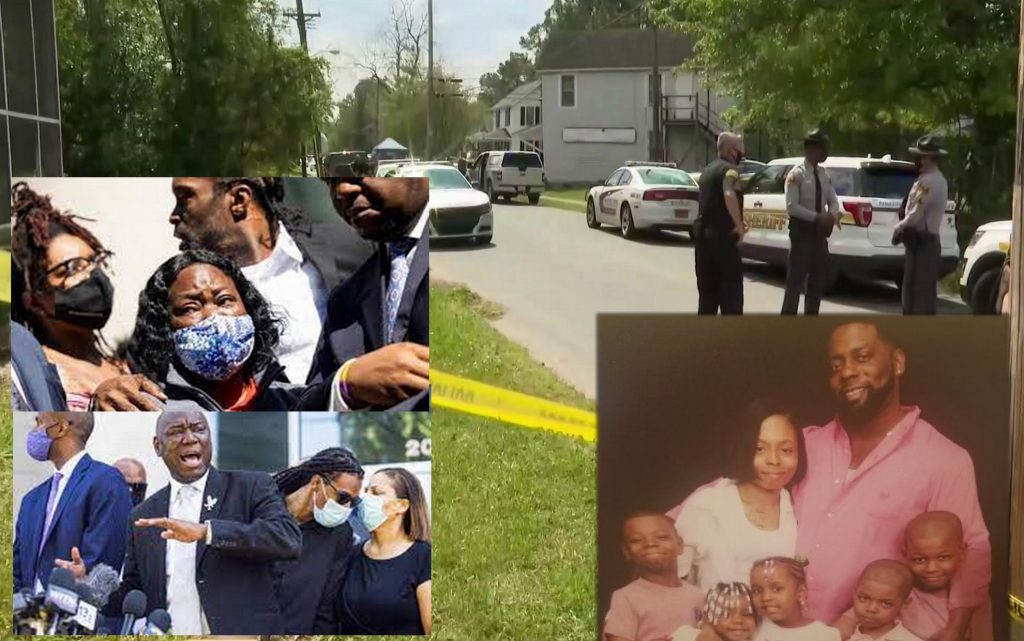 Attorneys of Andrew Brown family, who is a black man who was killed by North Carolina police officers last week during his arrest, said cameras attached to the police uniform showed Brown had been executed and accused officials of withholding evidence.

The attorneys said, that Brown, 42, was on the steering wheel when police opened fire on him while he was in the driveway of his car in Elizabeth.

Attorney Chantel Cherry-Lasseter said police continued to shoot after Brown drove away, adding that he did not pose any threat to them at the scene.

“They were shooting and saying at the same time let’s see your hands… honestly: This is an execution,” Cherry-Lasseter, a member of the Brown family’s attorneys team, told reporters.

The incident sparked limited protests in the city of Elizabeth, home to about 18,000 people, half of whom are black.

The incident came a day after Minneapolis police officer Derek Chauvin was convicted of killing black American George Floyd after a well-attended trial.

The city declared a state of emergency before showing the Brown family the video in anticipation of unrest.

Police Chief Tommy Wooten and his deputy, Daniel Vogue, said last week that the shooting occurred as police officers were trying to enforce an arrest warrant for Brown on drug charges.

They add that Brown has a history of resisting police.

“The tragic accident was swift and ended in less than 30 seconds,” Wooten said in a post on social media on Monday.

The body cameras were vibrating and it was sometimes difficult to know what was happening.

It only conveys part of the story”.

CNN reported that the death certificate indicated that Brown died with a bullet to the head.