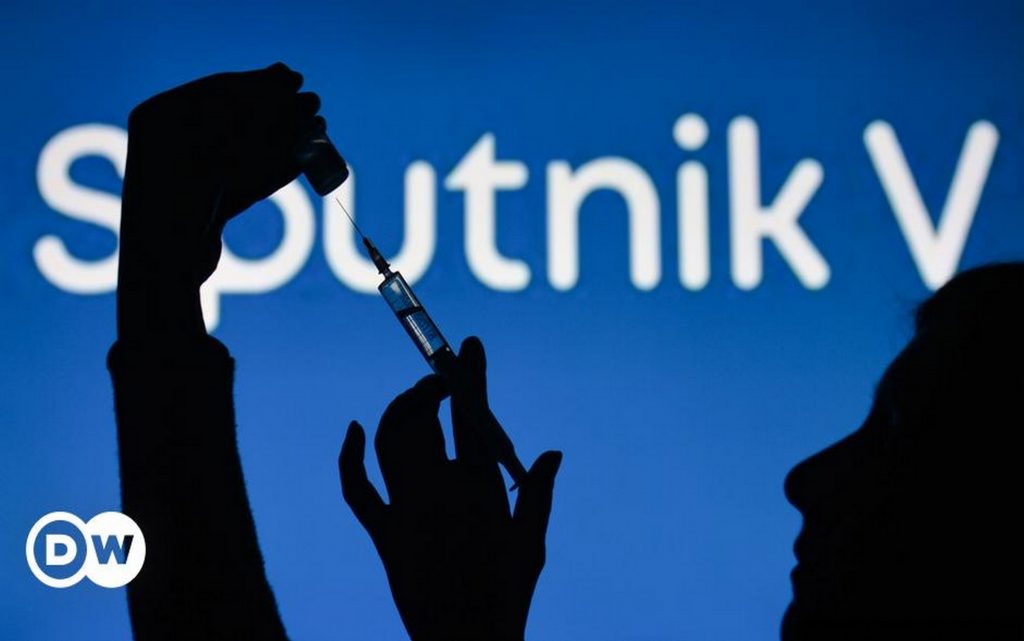 Despite the controversy at the European level regarding the “Sputnik V” vaccine against the Covid-19, Germany is close to buying at least thirty million doses of this vaccine, according to what was announced by the President of the State of Saxony, Michael Kretschmer, in Statements he made on the sidelines of his talks with the Russian Minister of Health Mikhail Murashko in Moscow, in the context of a visit by the German official to Russia that will last for several days.

Kretschmer explained that Berlin would like to buy Russian vaccines at a rate of ten million doses between June and August.

A number of European leaders believe that Russia is using its vaccines in a number of countries of the world, especially some small countries in the European Union, to polish its image.

The German NTF website, on April 22, reviewed the avalanche of criticism that the German official’s visit to Moscow had, including a tweet by the US Consulate in Leipzig, saying: “We should not tolerate or find excuses for the dishonest behavior of Russia,” Whether it was disinformation, pirate attacks, poisoning and detaining activists, or the exacerbation of regional conflicts the consulate described Kretschmer’s visit as a wrong time.

Russia’s choice of the name “Sputnik” for a vaccine against a global pandemic was not innocent, as it is reminiscent of the golden era of Russian space achievements.

The “Sputnik” satellite formed at the height of the Cold War a scientific and industrial surprise that dazzled the world, and there is therefore an impression that the effectiveness of the vaccine against the Coronavirus is the same the effectiveness of the first moon to be placed in orbit around the Earth, which gave the Soviet Union at the time the lead in the race into space.

After that, Soviet successes accumulated with the first manned flight to space led by Yuri Gagarin in 1961, and this is exactly what Sputnik’s name evokes in the Western imagination at a time when relations with Russia are constantly deteriorating, making all major commercial deals with this country the subject of endless political and media debate in it, the commercial character is mixed with political dimensions, as happened with the Russian gas pipeline project to Europe, “Nord Stream 2”.

Berlin hastened, in the words of its Foreign Minister Heiko Maas, to warn Kretschmer that the Russian government would take advantage of his visit to Moscow, and Kretschmer called for discussing the issue of the Russian forces’ encroachment on the border with Ukraine and the arrest of the prominent opposition figure Alexei Navalny “with the Russian leadership, in order to avoid the visit being vulnerable to exploitation.

The French Foreign Ministry, for example, has not hesitated to accuse Russia of using vaccines as a tool of “propaganda”, as the European Commission has previously expressed its reservations about the benefit of the European Union, from an industrial point of view, to obtain Chinese or Russian vaccines, but Germany has confirmed more It is appropriate that the purchase of Sputnik vaccines will still be conditional on EMA approval.

Frankfurter Allgemeine Zeitung wrote on April 22 that this day “was not a bad day for Putin, when a German (state) prime minister came to announce the purchase of thirty million doses… Regardless of the debate about the legal validity of a state official regarding requests (vaccines).

At the federal level, Russia has made a definite gain in its global campaign to market Sputnik… Achieving a deal with the largest country in the European Union is undoubtedly a valuable prize in this regard.

The Russian National Center for Research and Epidemiology and the Russian Direct Investment Fund announced, in a statement, that the effectiveness of the Sputnik vaccine in Russia is 97.6%.

Bloomberg, reported that this evaluation is based on results that adopted data for 3.8 million Russians who received the vaccine, between December 5, 2020, and March 31, 2021.

To assess the effectiveness of the vaccine, experts from the European Medicines Agency (based in Amsterdam) moved to Moscow, where they visited clinics where Russians receive the vaccine in addition to Sputnik production sites. According to the agency’s review procedures, the results of the trials are checked.

It is not clear after the time period that it will take to obtain a license to allow the use of the Russian vaccine at the European level, and this has not prevented a number of officials in the European Union countries from expressing their interest in concluding deals with Russia, under pressure of faltering if not the failure of the European vaccination strategy.

In this regard, Chancellor Angela Merkel criticized the rush for the Russian vaccine even before the approval of the European health authorities.

The German Minister of Health, Jens Young, had previously announced negotiations on the purchase of Sputnik after obtaining the license.

In addition to Saxony, other German states, such as Bavaria and Mecklenburg-Western Pomerania, negotiated independently with the Russian manufacturer.

In this context, the Berlin newspaper Tages Spiegel, on April 8, went on to say that “the European Medicines Agency is still investigating whether Russia has submitted documents that have been tampered with, and whether the series of tests conforms to the ethical and scientific standards of the European Union”.

The newspaper added that Slovakia, which “used Sputnik without European approval, confirmed that the doses provided by Sputnik do not match the results of the sample, which a study in the specialized journal (The Lancet) confirmed that it is very effective, and therefore the approval of the European Medicines Agency has not been issued, and this may never happen”.

Russia and China paid early attention to the benefits that they might gain from the global race to develop effective vaccines against the emerging Coronavirus, as success in this race will be synonymous with the effectiveness of scientific innovation in the country, and thus strengthening the image of the “strong country” in the international arena.

Indeed, Russia was the first to give its approval for the use of the first vaccine in the world, amid a global confusion accompanied by shadows of doubts, especially in light of the ambiguity of the rules for transparency and following the WHO protocol regarding research and testing of vaccines.

The first information published about Sputnik’s studies in the first and second stages raised concerns by a number of scientific circles in the West, which intensified the controversy that has not ended to this day.

The Zurich newspaper “Neue Zürich Zeitung” confirmed in a commentary on April 9 that the responsibility for the faltering vaccination strategy in Europe bears the Europeans alone.

The newspaper said: “The failure of the European Union to purchase vaccines against the Coronavirus, which is borne by the Commission as well as by heads of state and government who simply allowed this catastrophe to happen… There is no longer time for pride, arrogance and political games… we must now obtain effective vaccines wherever they are available, if necessary… From Russia as well… Of course, this gives Moscow a victory, but this is something that can be tolerated… By purchasing Sputnik vaccines, Europe will not become dependent on Russia in the long term, as the supply will be sufficient by the end of this year, even without Russia to cover the demand… “In the current dire situation, every vaccination deal should be welcomed”.

Pressure is mounting in Germany to use the Russian vaccine, amid criticism that the government is slowing the vaccination campaign, and this partly explains the initiative of German states to conclude “initial sales contracts” with Russia in the hope that it will obtain a European green light.

A Russian institute that developed Sputnik confirmed that this vaccine does not cause blood clots, a possible side effect that appeared with the use of other vaccines and led to the cessation of vaccination campaigns in several western countries.

For example, the United States recommended suspending the use of the “Johnson & Johnson” vaccine temporarily, after the death of one person out of about seven million Americans who received the vaccine after suffering a stroke of the rare type, and the “AstraZeneca” vaccine suffered from similar problems.

Several countries stopped using it due to suspected rare and dangerous side effects of the vaccine, which exposed European vaccination campaigns to successive relapses.

The newspaper “Süddeutsche Zeitung”, on April 8th, decided on the issue of the Russian vaccine, and wrote: “There should be only one criterion for purchasing and using the Sputnik vaccine: efficacy and safety… Once approved, it will become easy… Sputnik must first.