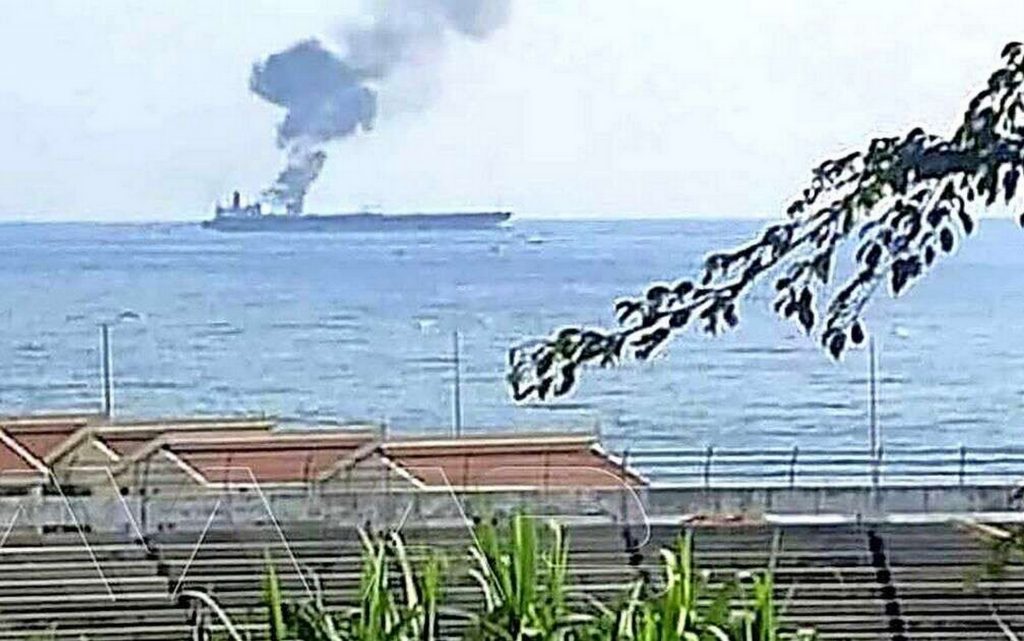 Amidst the ambiguity surrounding the reality of what happened regarding the exposure of an oil tanker off the Syrian coast, the Iranian “Tasnim” agency correspondent spoke to the possibility of an Israeli drone targeting a Lebanese ship instead of targeting a ship carrying Iranian cargo that was next to it, off the Syrian coast.

Agency correspondent Hussein Dalerian commented in a tweet via Twitter on the news circulating about the targeting of an Iranian ship off the Syrian coast, saying: “A strange event, if it is true, will be another scandal for Israel”.

He added, “It seems that between the two ships that were side by side, the attacking drone targeted the second ship by mistake, instead of the first ship”.

He continued, “The first ship flying the flag of Panama with an Iranian shipment on board, and the second Lebanese ship that was targeted”.

Another story said that the oil tanker off Baniyas, Syria, was not subjected to any targeting, and the fire that broke out in it was due to negligence and the carrying out of welding operations without taking into account safety factors, as confirmed by intersecting sources to “Russia Today”.

An informed source in the city of Baniyas confirmed that a number of workers were injured, some of them in serious condition, and indicated that two workers may have died due to severe burns.

The source assured to “Russia Today” that the accident occurred during the “welding of pipes inside the ship, without taking into account the safety factors”.

Similar information was reported by the Iranian “Noor News” agency, according to a Syrian military source in the port of Baniyas. The source confirmed to the agency the death of one of the workers.

The source said that the Syrian-owned tanker suffered a fire accident “due to negligence and lack of safety measures during a welding process during the unloading of the ship”.

The source denied that any military action had taken place against the tanker, and added that “after the completion of the examination of the technical factors, the news that was previously published by the official authorities will be corrected”.