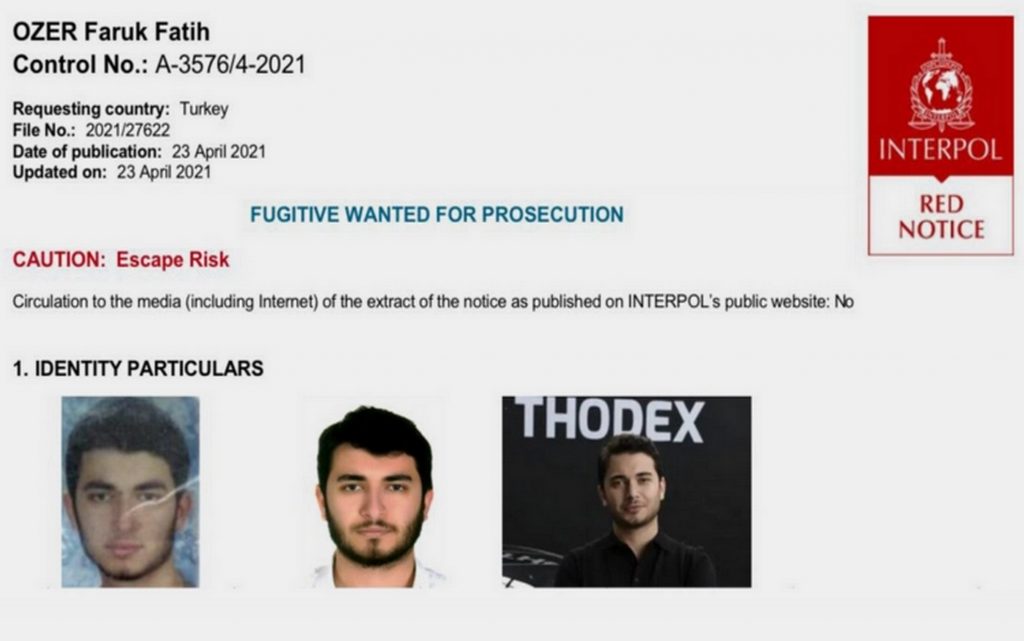 The Turkish security sources, reported that the authorities arrested 62 people out of 78 in security operations that included 8 provinces.

The arrests come as part of an investigation in the company, “Thodex”, a cryptocurrency exchange, accused of defrauding investors.

The authorities accuse CEO and founder of the company Farouk Fateh Ozer of seizing the millions of dollars deposited by about 390,000 investors in the company.

Bloomberg quoted the victims’ lawyer as saying that the money invested in cryptocurrency speculation can no longer be recovered.

The Turkish authorities issued a red international arrest notice for the CEO of the “Theodex” cryptocurrency exchange, Faruk Fatih Ozer.

Ozer left the country last Tuesday for Albania via Istanbul airport, according to the Turkish Anadolu news agency.

Local media reported that he had pledged to repay the money to investors and return to Turkey at a later date to face justice.

Ozer had established Thodex – in the Sisli district of Istanbul – in September 2017, with a capital of 400,000 Turkish lira.

The General Directorate of Security in Turkey said, in a statement on Friday, that it had received, on Thursday evening, a request from the Istanbul prosecutor to issue a red notice against Ozer, who left the country days ago and is believed to be in Albania.

The statement stated that contact was made with the International Police and a red notice was issued against Ozer on Friday morning.

According to Turkish Anadolu news agency, the Interpol has issued a red notice for the arrest of Farouk Fateh Ozer, founder of Theodex digital currency trading platform.

On the other hand, Turkish Interior Minister Suleiman Soylu made a phone call with his Albanian counterpart, Blider Jogi, on Thursday evening, in order to arrest Ozer and extradite him to Turkey, according to Anadolu Agency.

The “Thodex” platform is a digital currency exchange that was operating under the “FinCen MSB” license in the United States, and is open to users around the world.

However, since April 20, it has closed its website and published a statement claiming that the closure is “temporary” and that it is conducting procedures for a “new partnership”.

This has caused panic among the platform’s users, who are estimated to number in the hundreds of thousands, amid allegations of ” Ozer escaped and the $ 2 billion worth of digital currencies disappeared”.

It is noteworthy that the Turkish Central Bank recently banned the use of currencies and digital assets in the purchase of goods and services, warning of the possibility of irreparable potential damages and great risks in those transactions.