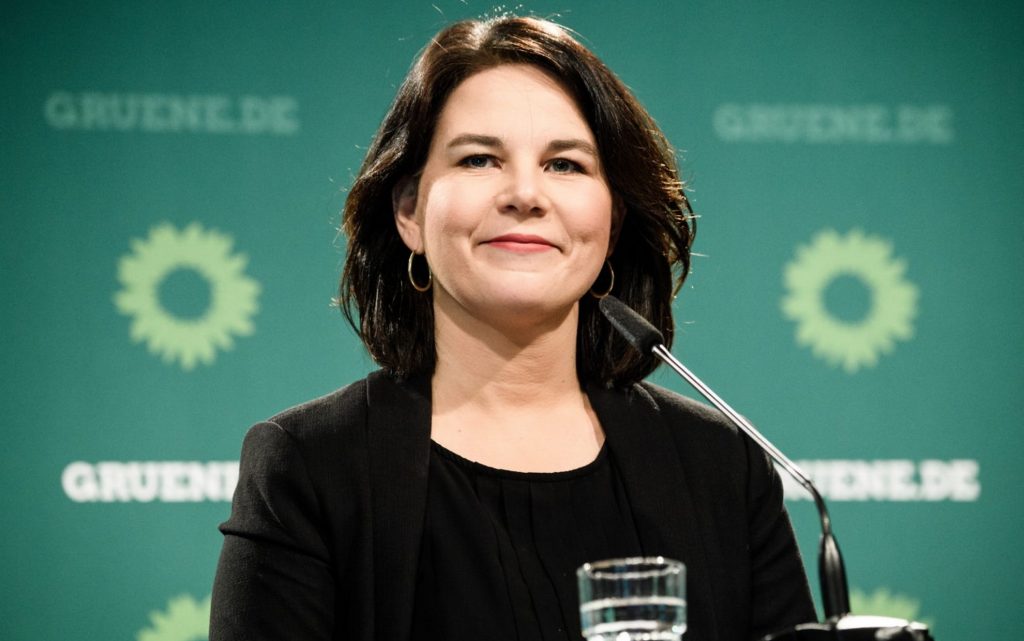 In a move that is the first of its kind since its founding forty years ago, the German Green Party revealed its candidate for the chancellery position in Germany, succeeding Angela Merkel.

Also, for the first time, the party will play a central role in the general elections scheduled for next September.

On Monday, the party announced that 40-year-old Annalena Baerbock was its candidate.

The Green Party was once seen as a messy bunch of bearded hippies in sandals and ripped clothing, and now it is more likely to enter the next government line-up.

Amid the chaos and conflicts of conservative parties and their differences over their candidate to succeed Merkel, the Greens may end up being the largest party in the next government coalition, and this means that Annalena Baerbock may be the next chancellor of Germany.

Indeed, comparisons are drawn between Berwick and the young leaders of New Zealand and Finland.

Baerbock was born in 1980, the same year her party was founded, and her parents would take her to anti-nuclear demonstrations.

Baerbock describes her childhood as a mixture of water cannons used in the face of protests and calm at home later, a mixture that reflects the radicalism of the affluent German middle class that epitomizes the party’s identity today and explains its current mass appeal.

According to the latest opinion poll, the Green Party is expected to receive 22% of the vote, and is second only to Merkel’s conservative coalition, which includes the Christian Democrats, the current Chancellor Angela Merkel’s party, the Christian Social and the Free Democratic Party.

Recent polls have not taken into account the recent row within the conservative coalition over their candidate for the chancellery position.

At a time when the conservatives were busy with their internal struggles for power and were tearing some of them apart over who would succeed Merkel, the Greens quietly announced the selection of his candidate for the position, with a secret similar to what is happening in the corridors of the Kremlin, and nothing leaked until the official decision was issued on Monday.

The new leadership of the Greens imposed its iron fist and strict discipline, and the party showed such an ambition to reach power, that even Bismarck would have envied him had he been alive.

Conditions were not always stable within the ranks of the Green Party. Traditionally, conservatives were known for discipline and for the Greens to be chaotic.

For most of its history, the party has been distracted by disagreements between realists, who believe in gaining public opinion, and fundamentalists who view any concession or appeasement as a betrayal.

In 1998, the Green Party entered their first ruling national coalition, as a junior partner with the Socialist Party.

At the time, journalists posed questions to the new foreign minister from the Green Party, Joschka Fischer, that were not without irony, including whether or not eating a meal of muesli would be mandatory.

Realists won, but the battles intensified with the concessions that came with power.

And in 1999, an attendee threw a bag of red paint over Fischer’s head during a party conference, when he said the Greens would support NATO air strikes against Serb forces in Kosovo.

Disagreements continued for decades and the party remained politically divided at the national level, but the practical and successful leadership of the party in large regional governments demonstrated the ability of the Greens to govern.

And in 2011 the wealthy state of Baden-Württemberg elected its first green prime minister, Winfried Kretschmann, who thanks to his combination of economic pragmatism and his belief in the environment has been in power for a long time and is hugely popular.

Three years ago, the party elected Annalena Baerbock and Robert Habick as partners to lead the party, both realists, but with a remarkable talent for combining the two wings.

With the rise in the popularity of the Greens in opinion polls, the opposition faded at home, but their path to power will not be easy.

The Greens often get high numbers in opinion polls, but their performance declines in the polls.

Voters like to appear as idealistic people and say they will vote for the Greens, but when the election date comes, traditional loyalties and practical concerns about the economy are highlighted.

The Greens will also be on the front line from all sides, the left will call them an elite bourgeoisie that is more interested in drinking soy milk latte than workers’ rights, and the right will raise the specter of calls by green idealists to ban German cars and sausages.

But after 16 years of Chancellor Merkel’s rule, with a distinctly green approach, and as Germany moves to get rid of nuclear energy and coal, the country has changed considerably.

The majority of German public opinion has become more understanding of environmental issues and the Green Party is more popular, so the consuming quotes against the green are outdated and do not reflect the true desire of the electorate.

The green party is now focusing all his efforts on reaching power, and no one jokes about the muesli meal anymore.