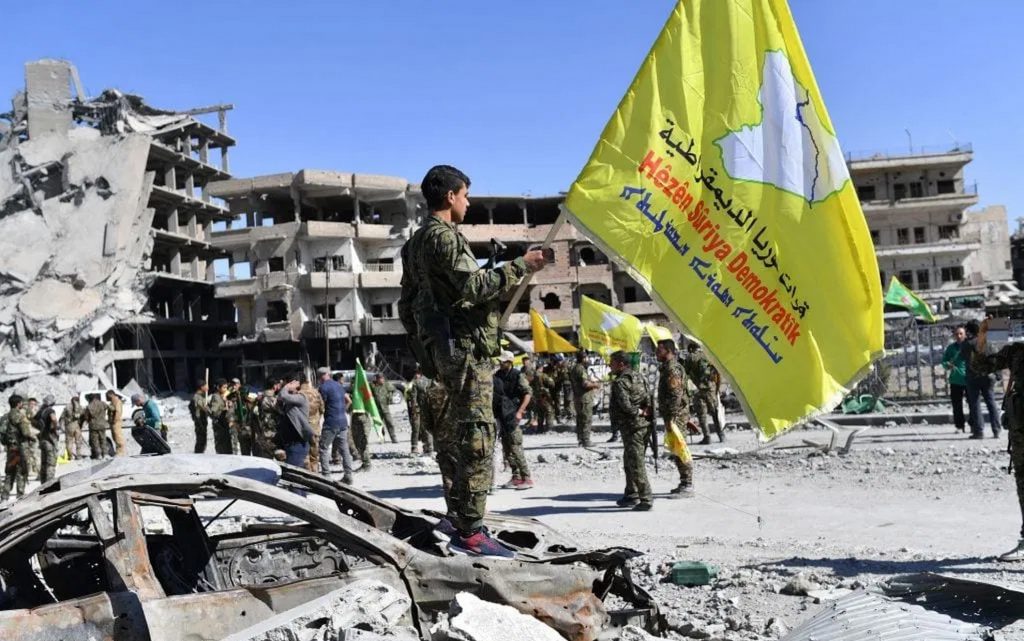 “These elections will take place in the areas controlled by the Syrian authority, and no electoral process will take place in the Autonomous Administration areas of northern and eastern Syria,” Barazi said in an interview with “Basnews”, at a time when the co-chair of the “Syria Democratic Council” (SDC), Riyadh Dirar, the Syrian government has requested that presidential elections be held in areas controlled by the “Autonomous Administration” in northern and eastern Syria.

Dirar added, “Regarding the Syrian presidential elections, the Syria Democratic Council does not have a position on it, and we have not taken any position yet”.

He indicated that “this issue could be discussed at a later time to take appropriate measures for that”.

Adding: “We are now in the process of Observing this situation, and not following it up in a way that provokes a purpose that does not serve the Syrian project.

In turn, Barazi said, “I do not think that the Syrian authorities will ask the Autonomous Administration to hold elections in the areas under its control, and also on the other hand, I do not think that the Autonomous Administration will accept this request, as the matter is more than a request or a case of acceptance or rejection, because the relationship between the two parties did not go beyond some of the meetings.

And there is no dialogue, on the contrary, at the current stage.

Barazi pointed out that “what is happening is a constitutional entitlement that the Syrian government will undertake in its areas of control.

In the previous constitution (Article Eight), but in reality the effects are still continuing”.