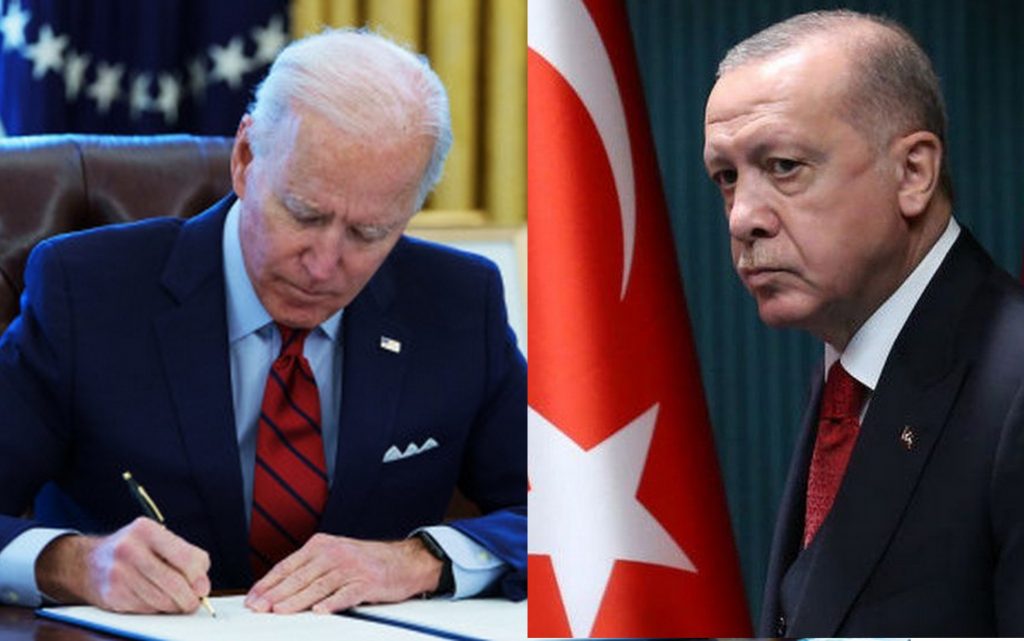 The US president, Joe Biden is expected to formally recognize the massacre of Armenians by the Ottoman Empire during the first world war as an act of genocide, according to US officials.

The anticipated move – something Biden had pledged to do as a candidate – could further complicate an already tense relationship with the Turkish president, Recep Tayyip Erdogan.

US Administration officials had not informed Turkey as of Wednesday, and Biden could still change his mind, according to one official who spoke to the Associated Press.

Lawmakers and Armenian-American activists are lobbying Biden to make the announcement on or before Armenian Genocide Remembrance Day, which will be marked on Saturday.

One possibility is that Biden would include the acknowledgement of genocide in the annual remembrance day proclamation typically issued by presidents.

Biden’s predecessors have avoided using “genocide” in the proclamation commemorating the dark moment in history.

Turkey accepts that many Armenians living in the Ottoman Empire were killed in clashes with Ottoman forces during the first world war, but contests the figures and denies the killings were systematically orchestrated and constitute a genocide.

A bipartisan group of more than 100 House members on Wednesday signed a letter to Biden calling on him to become the first US president to formally recognize the atrocities as genocide.

“The shameful silence of the United States government on the historic fact of the Armenian genocide has gone on for too long, and it must end,” the lawmakers wrote.

“We urge you to follow through on your commitments, and speak the truth”.

Both, The New York Times and The Wall Street Journal first reported that Biden is preparing to acknowledge the genocide.

Should Biden follow through, he’ll almost certainly face pushback from Turkey, which has successfully pressed previous presidents to sidestep the issue.

The relationship between Biden and Erdogan is off to a chilly start.

More than three months into his presidency, Biden has yet to speak with him.

Biden drew ire from Turkish officials during his presidential campaign last year, after an interview with the New York Times in which he spoke about supporting Turkey’s opposition against “autocrat” Erdogan.

Still, Turkey was hopeful of resetting the relationship.

Erdogan enjoyed a warm relationship with former Donald Trump, who didn’t give him any lectures about Turkey’s human rights record.

“In the past, the arm-twisting from Turkey was, ‘Well we’re such a good friend that you should remain solid with us on this’,” said Aram Hamparian, the executive director of the Armenian National Committee of America, whose members have started a campaign to encourage Biden to recognize the genocide.

“But they’re proving to be not such a good friend.”

Hamparian said he’s hopeful that Biden will follow through.

He noted that the sting of Barack Obama not following through on his 2008 campaign pledge to recognize the Armenian genocide still lingers for many in the Armenian diaspora.