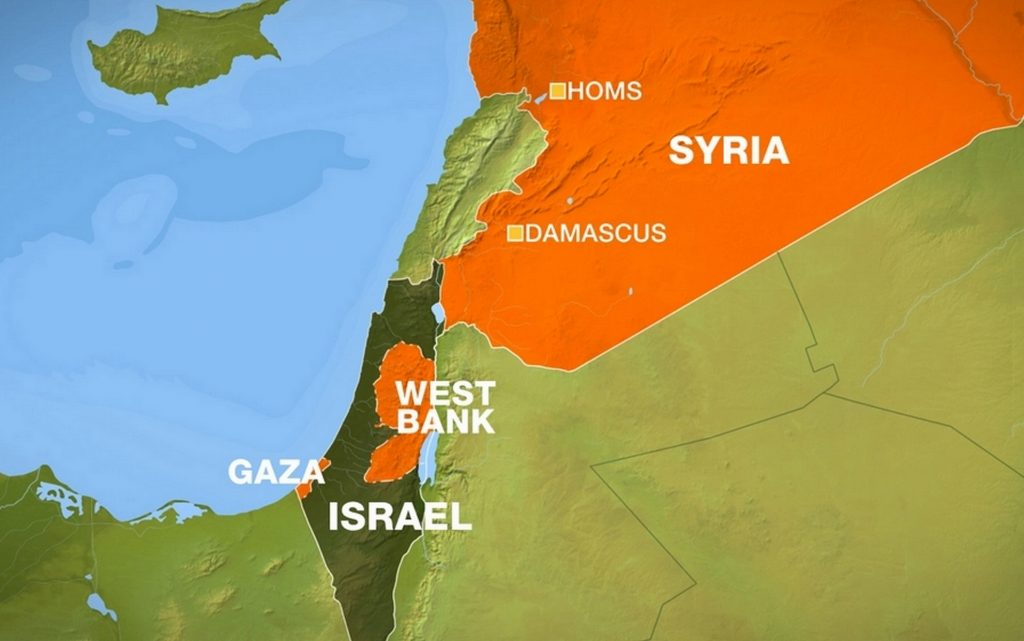 The Israeli army announced, from Wednesday night to Thursday, that a missile had fallen in the Negev region from Syria, indicating that in response to this it launched an attack on positions of the Syrian forces.

In a statement, the Israeli army said: “Following the alert activation, a surface-to-air missile was fired from Syrian territory towards Israeli territory, and landed in the Negev region”.

He added, “In response, the Israeli army attacked a few minutes ago the battery that launched the missile and other surface-to-air missile batteries in Syrian territory”.

The Israeli army stressed that the stray Syrian missile did not hit the Dimona reactor, “nor did it even approach it”.

The Jerusalem Post reported earlier that sirens sounded in Abu Qurainat, near Dimona, in the Negev.

Residents of neighboring villages reported that they heard “loud explosions that shook homes”.

Residents in central Israel and Jerusalem reported that they also heard loud explosions.

The newspaper said that unconfirmed reports said that the explosions may be the result of a Patriot missile battery fired in response to a missile fired at Israel.

The Israeli army had previously confirmed that sirens were sounded in the vicinity of the Dimona nuclear reactor in the Negev desert in southern Israel, amid reports that a loud explosion was heard.

For its part, the Syrian army announced, from Wednesday night to Thursday, that its air defense forces responded to an Israeli missile attack in the Dameer area in Damascus countryside.

A military source said in an interview with the Syrian official media that “at about 01:38 am today, the Israeli enemy carried out an air aggression with bursts of missiles from the direction of the occupied Syrian Golan, targeting some points in the vicinity of Damascus”.

The source added, “Our air defense media confronted the aggression’s missiles and dropped most of them.

The aggression also resulted in wounding four soldiers and causing some material losses”.