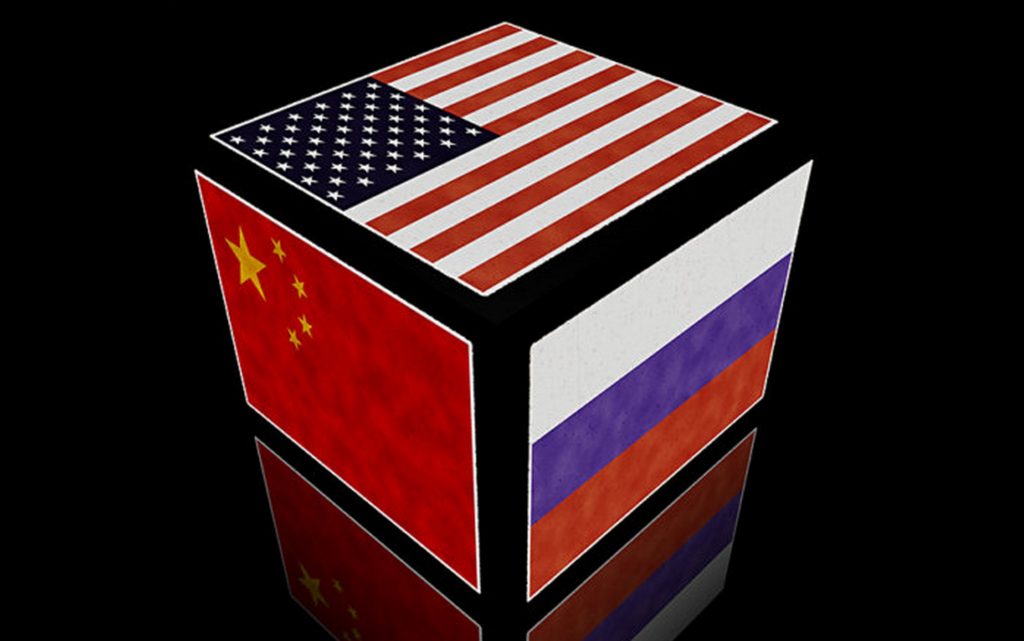 In their regional security challenges, China and Russia are facing the same main adversary, the United States.

The possibility of a Sino-Russian alliance has been the subject of intense speculation recently.

Russian President Vladimir Putin himself stated at the Valdai Club meeting last December that an alliance with China should not be excluded.

Chinese leaders also made similar hesitant remarks, giving the impression that a true military alliance might be in the making.

On the other hand, many scholars have argued that such an alliance is nothing but rhetorical or based on inherently conflicting interests.

The focus on a formal alliance may be far from the main point, as the currently existing Sino-Russian relations bear mainly important systemic effects, regardless of any formal commitments between the two countries.

These effects may lead to China and Russia working in a similar way to establish a de facto military alliance, which of course will have the greatest influence on the United States and its allies.

The United States, China, and Russia are linked together with the continent of Eurasia.

The United States has defense commitments on both sides of Eurasia, and its geopolitical imagination almost always dictates that the United States must dominate the fringes of the continent.

While both China and Russia face unresolved security challenges in their respective regions on the fringes.

China has its territorial maritime disputes in the South China Seas and the East China Seas, and the incomplete reunification issue with Taiwan, while Russia feels threatened by the presence of NATO in its western regions.

In their regional security challenges, China and Russia, the same main adversary, are facing the United States.

Thus, the three great powers are connected to each other through Eurasian geography and through all dimensions of human action.

Its cooperation, alliances and rivalries constitute a geographically interconnected Eurasian system, and any action undertaken by one of the three players has repercussions in other areas or geographical locations.

For example, interactions between China and the United States sometimes create opportunities for Russia to pursue its interests.

Military escalation with China in Asia would seriously restrict US forces, but it would provide freedom to maneuver for Russia on the other side of the Eurasian continent vice versa.

In addition, in addition to exploiting open gaps in their regions where US forces are restricted elsewhere, China and Russia can provide strategic support to each other by increasing pressure in their regions in various ways.

Such support can occur without any formal alliance and can be completely unrelated to the ongoing conflict.

In case of an escalation in East Asia, neither the US nor China are looking for a fight, it is very easy to imagine a rapidly developing conflict over the Taiwan Strait or the East or South China Seas, possibly due to a minor spark such as colliding with patrol ships or aircraft.

In this situation, Russia may support its strategic partner, China, or try to take advantage of the situation in other ways.

As for Russia, for example, could raise the attention of NATO countries and the European Union to their internal or secondary problems through information warfare and cyberattacks, which would reduce European support for the United States in Asia.

Russia could also use its position as a major natural gas supplier to Europe to individually pressure the member states of NATO or the European Union, thus undermining the consensus decision-making in these two organizations.

Russia could also restrict and divert the military assets of the United States and NATO at the western tip of Eurasia, for example, by conducting early military exercises or by deploying military forces on the borders of neighboring countries.

Ultimately, Russia could escalate its activity into a small military conflict regarding Ukraine or the Baltic Sea region, for example, because a land grab might serve Russian interests more than the Chinese do.

At the other end of Eurasia, Russia can use large long-range weapons systems to deny the West the freedom to operate in Asia, and it can also support Chinese operations by gathering and sharing intelligence with it.

The conflict may also be brewing at the end of East Asia from the Eurasian continent.

The already tense relations between NATO and the European Union on the one hand, and Russia on the other hand, may escalate, in a situation where Russia is trying to seize some land areas in Ukraine or in the Baltic states or anywhere else around the Black Sea.

This escalation would tie US forces again while opening avenues for Chinese advancement on the eastern tip of the continent.

China could begin to support Russia by increasing its pressure on Taiwan through an incursion into Taiwan’s airspace.

Such raids have increased dramatically during 2020, and it has been reported that the Taiwanese air force is already under great pressure due to the ongoing identification flights.

In addition to the airspace, China could intensify its naval maneuvers around the island of Taiwan, which could eventually expand these maneuvers towards imposing a complete blockade on it.

Such harassment will be supported by the gradual intensification of the electronic and information operations hostile to it.

The naval militia could also be directed against the Senkaku / Diaoyu Islands under Japanese rule, which President Joe Biden’s administration has identified for inclusion within the boundaries of the US-Japan defense treaty.

Finally, China could seize the opportunity presented by European escalation to take a small step toward “reunifying” Taiwan by occupying an isolated Taiwan island.

The perfect candidate, Pratas Island in the South China Sea, 400 km from the main island of Taiwan.

Although the island houses a garrison of 500 soldiers, its hypothetical isolation makes it both a suitable target and a test ground for China’s rapidly developing amphibious capabilities.

It is possible that China can achieve a quick de facto annexation before the United States can react, especially if it is preoccupied with the European theater.

The widespread discussions of whether a Sino-Russian alliance is in the making may miss the point.

Given the systemic influences discussed above, China and Russia could and potentially synchronize their actions against US alliances without any formal treaty between them, either for strategic reciprocity or for the sake of pure opportunity.

In either scenario, the freedom of movement provided would not necessarily result in the annexation of the Baltic states or Taiwan as a whole, but could be used to reach smaller goals.

These smaller moves, such as the rapid occupation of Narva, Estonia, or Pratas Island, to which the United States will not be able to respond quickly, will greatly affect the credibility of American deterrence to protect its partners.

In addition to generating popular points by China and Russia by stirring up nationalist sentiments, which are increasingly needed by the Chinese and Russian regimes, weakening deterrence and proving that the defense commitments of NATO or the United States towards Taiwan are paper tigers in themselves will be major strategic victories in themselves.

Besides causing systemic effects on both ends of the continent, the Eurasian system also motivates China and Russia to support each other.

China and Russia have previously indicated that they will support each other if the occasion requires it, through joint military exercises organized in hot spots for each side, and through joint air patrols that have recently started over the Sea of ​​Japan.

In conclusion, is there any reason to believe that such a strategic exchange between China and Russia will not take more serious forms in light of any military escalation on either side of the continent?

The Sino-Russian relations and their methodological results exist mainly in the shadow of a false alliance with the possibility of dire consequences that should be taken into account, especially with the escalation of tensions over Ukraine and in the Taiwan Strait.