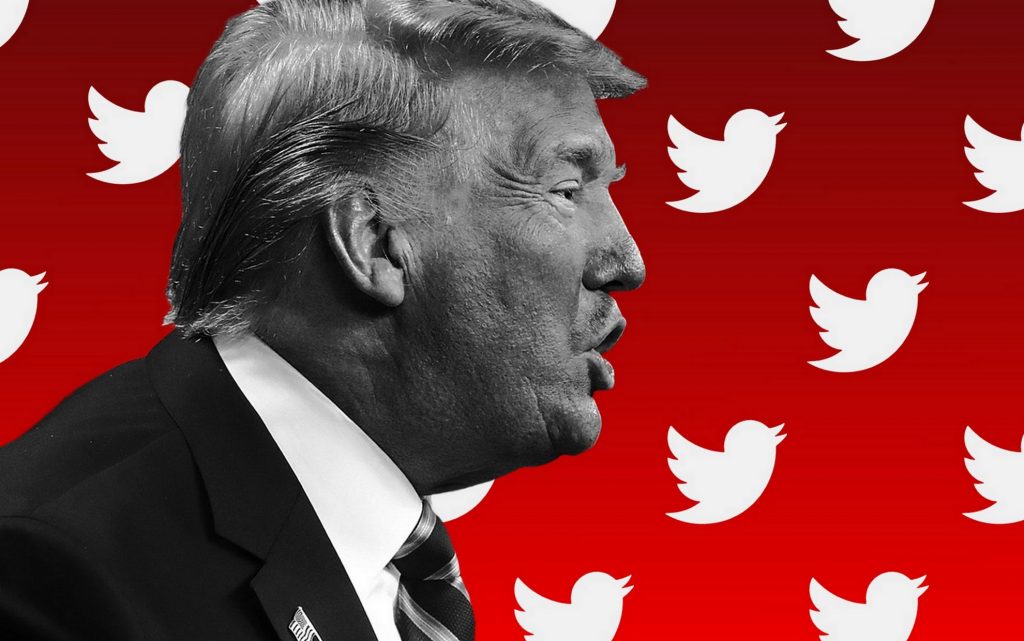 The New York Times, posted an article by Sarah Lyall, which is dealing with the banning of the Twitter of former US President Donald Trump, and the division of the American public between supporters and opponents, as some considered it a form of prior censorship.

Sarah Lyall wrote said that this sweet voice that Gary Cavalli hears these days from Twitter, is the sound of silence, especially the silence of former President Donald Trump.

“His blood pressure has dropped by 20 points,” said Mr. Cavalli, 71, one of those whose follow-up to Mr. Trump ended after his permanent Twitter ban in January 2021.

He added that not having to read Trump’s false tweets had made his life so much happier.

Lyall wrote pointed out that it seems that Trump was only yesterday, or perhaps a long time ago, swaying in the corridors of Twitter as if he owned the place, praising himself and denigrating his enemies, in tweets that inflamed and terrified the nation to varying degrees.

But all of that ended on January 8, two days after a crowd of angry over his inflammatory statements stormed the Capitol building in a poorly conceived attempt to nullify the presidential election results.

Lyall wrote added that 100 days have passed since the start of Trump’s ban, a move that raised questions about freedom of speech and censorship in the age of social media, angered Republican supporters of Trump and increased the anger of former President Trump, who still rejects the fact that he lost the election.

But for many of the former president’s critics, the absence of the daily bombardment of troubling presidential rhetoric is making them feel more like a return to normality than anything else in 2021.

Mario Marval, 35, a former US Air Force warrior and program director, said blocking Trump’s Twitter allows him to sleep better and see how empty his mind has become.

As for the music professor in Bloomsburg, Pennsylvania, Matt Lecce (29 years old), Trump’s comment on Twitter is like purifying the air, as if you were living in a city suffocating in smog, and you wake up suddenly and see the sky blue and the birds sing, and you can breathe clean and untidy air Toxic.

But for millions of Trump supporters, his silence means losing their favorite hero and their biggest weapon in the battle against the left.

“I miss his strong, conservative and expressive voice on Twitter,” said Kelly Klopps, 39, a business manager from southern Wisconsin.

She added that others were allowed the freedom to speak and express their opinions and were not banned, and that if the ban was not going to include everyone, then it should not be done.

Even in a forum known to turn small differences into great animosity, Trump’s Twitter feed was unique due to its sheer size, the author said. From 2009, when he posted his first tweet, saying, (Make sure you listen and watch Donald Trump late tonight with David Letterman, he is presenting tonight’s top ten list!), to January 8 of this year, when he posted his last tweet.

(I’m not going to the inauguration on January 20), Trump tweeted more than 56,000 times, according to the electronic archive of his posts.

He often tweeted these tweets some mornings while he was in office, to the point where it was hard to believe that he was doing many other things besides tweeting.

And there were presidential tweets.

Like the one in which he predicted that if he were to fight Joe Biden, Biden “would come down with difficulty and difficulty, and he would cry all the way”.

Meryl Streep described in a tweet that she is “one of the most exaggerated actresses in Hollywood”.

In another tweet, he accused former President Barack Obama of eavesdropping.

Or that tweet in which he boasted that his “nuclear button” was “much bigger and stronger than North Korea’s leader Kim Jong Un’s nuclear button,” adding, “My button works!”

Whether we like it or hate it, the writer said, it is impossible to ignore the importance of feeding Trump on Twitter, as it flows from the stage directly into the soul of the nation.

His tweets are reported, analyzed, praised, and mocked in the media and on the Internet, so that people often say that they do not believe he said this.

As for his opponents, these tweets are a kind of masochistic necessity to read in order to provoke anger.

Seth Norholm, an assistant professor of psychology at Wayne State University of Medicine in Detroit and an expert in post-traumatic stress, said Twitter had given Trump a round-the-clock forum to express his disgust and anger, a direct channel from his identity to the Internet.

Professor Norholm said that every time Trump used capital letters in his tweet, it was as if he was “an aggressor shouting insulting remarks” to the American people.

He added that Trump had quietly refused to leave.

Rather, he set up a presidential office in exile in Maralago, his Florida resort, to make statements on semi-presidential paper and pile up mockery from Republicans he deemed insufficiently loyal.

Lyall believed that many Republicans are still attached to every word that Trump says.

But others say that without Twitter or the presidency, Trump’s voice is nearly powerless.

“He is not acting in a logical and disciplined manner to implement a plan,” said George Conway, the Republican attorney against Trump.

Instead, he tries to scream as loudly as he can, but the problem is that he is in the basement, so it just sounds like a squeaking mouse.

Even some people who are not fans of Trump’s language say the Twitter ban was an apparent censorship, as it deprives the country of an important political voice.