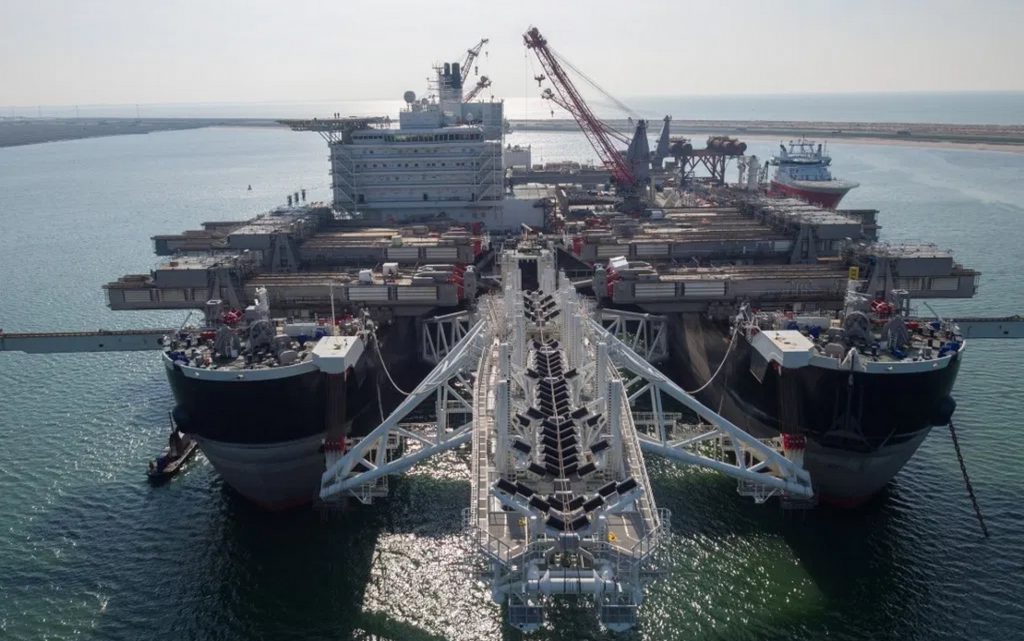 The amount of Russian natural gas that was transported to Germany via the “Nord Stream 1” line since it began operating ten years ago has reached 400 billion cubic meters.

The company (Nord Stream) operating shareholder of the project, which is based in the Swiss city of Zurich, said on Monday that the double line, which started partially in 2011 and completely in 2012, has gradually increased its capacity until it reached its maximum working capacity in 2018.

The amount of natural gas transported by the pipeline in 2020 reached 59.2 billion cubic meters.

According to data from the German Economy Ministry, the total amount of natural gas consumed in 2016 in the German market reached about 95 billion cubic meters.

It should be noted that about 95% of the construction works for the “Nord Stream 2” project (also double-pipelines) have been completed so far, which has the same capacity to transport natural gas.

The United States objects to this project, which aims to transfer 55 billion cubic meters of natural gas from Russia to Germany every year, claiming that it will make Europe highly dependent on Russian energy supplies.

On the other hand, supporters of the project accuse the United States of trying to undermine it in order to increase sales of US liquefied gas in Europe.