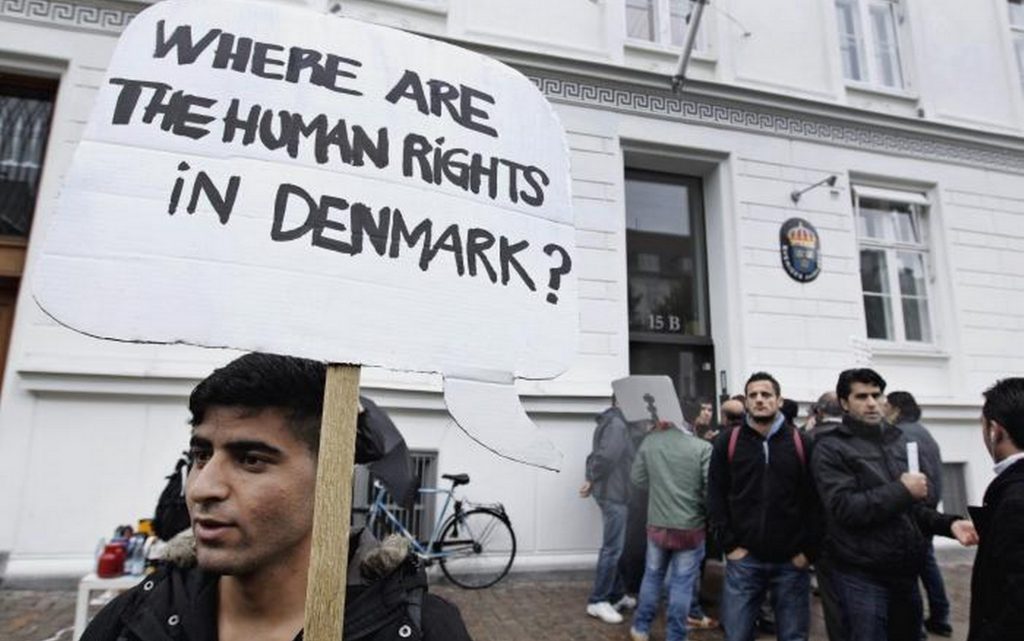 This decision used our testimonies in the report of the Danish Immigration Service (Information on the country of origin of the refugees) regarding Damascus, but we do not recognize the conclusions or government policies based on our information and opinions, nor do we consider that Denmark’s policy towards Syrian refugees fully reflects the real reality and conditions on the ground.

We urge the Danish government to review its findings on Damascus to better reflect the ongoing risks to potential returnees, and to amend its current refugee policies accordingly.

There are currently no conditions anywhere in Syria for a safe return on a large scale and any return must be voluntary, safe and dignified, as stated by the European Union and the United Nations High Commissioner for Refugees.

The European Parliament calls on all member states of the European Union to refrain from shifting domestic asylum policies towards depriving certain groups of Syrians from their protected status, and demands that they change these decisions if they have already implemented such policies.

In 2019, the Danish authorities formally re-classified Damascus as “safe” in their report on the conditions in Damascus and Rural Damascus.

While (Information on Refugees’ Country of Origin) reports are regularly used by government agencies and the European Union to inform the asylum decision-making process on objective or country-specific grounds or specific cases, we believe that our opinions as experts, background information and other advice that we provided to the Danish Immigration Service did not to be appreciated.

By re-classifying Damascus as safe, the Danish authorities ultimately decided that refugees from the Syrian capital who had sought asylum and were granted subsidiary protection in Denmark could, in the future, stop their temporary residence permits.

As a result, last month (March 2021) the Danish government informed 94 Syrian refugees in the country that their residence permits would not be renewed.

Damascus may not have witnessed active hostilities since May 2018, but this does not mean that the return of refugees to the Syrian capital is safe.

Many of the main drivers of displacement from Syria remain, as the majority of refugees fled, and continue to fear government security services, arbitrary arrest and detention, torture, forced recruitment, harassment and discrimination.

The Syrian government and its security services have persecuted those who expressed their opposition or expressed dissenting views, including through arbitrary detention, torture, and harassment of critics and opponents, and their relatives.

Despite pardons indicating the opposite, the Syrian government has yet to show any change in its behavior.

Even in places where individuals obtained safety guarantees from the government, these guarantees were followed by serious violations.

There is a danger for anyone who fled the country and spoke against the government, and these acts are perceived as treason that may lead to suspicion, punishment, or arbitrary detention by the security services.

Meanwhile, the deteriorating socio-economic and humanitarian conditions in and around Damascus have created new and worsening risks incompatible with a safe, dignified and voluntary return.

There is an urgent need to rethink policies that differentiate the risks of return of Syrian refugees who have fled the country as a result of individual fears of persecution as well as those who have fled the general conditions of conflict.

The Danish policy may lead to a disturbing trend in European refugee policy towards residency revocation and other restrictions related to those who have fled because of the conflict, but as the United Nations High Commissioner for Refugees warns: “Members of a larger entity, without individual distinction, may become the target of various repercussions by actors.

On the ground due to individuals’ real or imagined support for another party to the conflict, and that in those cases, the risk of harm is real and serious, and is in no way diminished by the fact that the person concerned may not be targeted on an individual basis.

The local nature of the conflict means that simply being from a particular area of ​​the capital can pose risks to the safety of returning refugees.

Meanwhile, the authorities in Damascus have at their disposal a wide range of laws, decrees, and legal materials ready to arrest and detain anyone for perceived crimes they have committed since leaving the country.

Therefore, it is not currently possible to reasonably believe that any Syrian refugee is safe enough to remove protection status in order to force him to return to Damascus or anywhere else in Syria at this time.