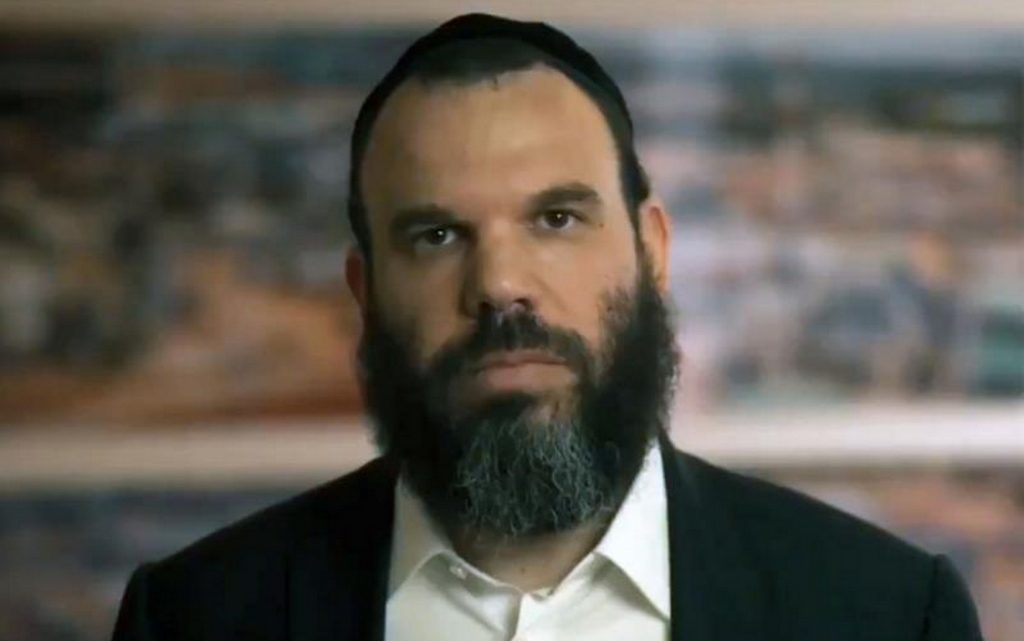 At the age of twenty-three, the young Israeli Dan Gertler arrived in the state of ‘Zaire’, where the country was witnessing unprecedented security and political chaos in 1997, as the nineties witnessed a civil war in Central Africa similar to the war between the Hutus and Tutsis in Rwanda, which The scene of its repercussions was the Democratic Republic of the Congo (then Zaire).

In 1997, an alliance between the Rwandan and Ugandan armies invaded the Mobutu government, and allied with opposition figures, including former President Laurent Kabila, who declared himself president after his forces took control of the capital.

Gertler comes from a family of diamond dealers, as he inherited this trade from his father and grandfather, and as soon as he finished military service in the Israeli army, he set out to complete “the family business”, and the destination was the Democratic Republic of the Congo.

Dan Gertler was able to forge strong relations with President Kabila Sr., then Kabila The son who inherited the presidency from his father in 2001 after he was killed by one of his bodyguards, so Gertler controlled the country’s mineral mines within two decades.

According to press reports, Gertler was providing President Kabila with arms deals in exchange for a monopoly on the country’s mineral market.

Not only that, but African NGOs confirmed that, in just three years of dealing with Gertler, the DRC lost $ 1.3 billion due to the “facilities” that Gertler obtained illegally.

The Israeli businessman was able to create an imaginary wealth estimated by Forbes at $ 1.2 billion through his investments in the sectors of minerals, agriculture and banking, thanks to his suspicious relations in the pyramid of power in the Democratic Republic of the Congo with officials involved in war crimes, most notably former President Joseph Kabila.

Within two decades, Gertler was able to weave ties within the Democratic Republic of the Congo, which allowed him to obtain huge illegal deals to export diamonds, gold and oil, in addition to cobalt and other rare metals.

And documented by Congolese and African human rights bodies.

In addition to British, American and international organizations, and his appearances in the “Panama Papers” and “Paradise Files”.

Gertler’s suspicious roles with the political leadership in the Congo, many parties condemned Dan Gertler and highlighted his suspicious roles in the Democratic Republic of the Congo, most notably the World Bank and the International Monetary Fund, in addition to imposing a freeze on his assets in the United States of America in December 2017 during the era of former President Donald Trump.

This sanctions decision prompted the DRC president not to run again for the presidency.

A few days before Donald Trump left the White House, Dan Gertler was able to obtain an annual license to unfreeze the money he deposited in the United States of America.

This often allowed him to transfer his wealth outside the United States, before President Biden’s administration began imposing financial sanctions on him again.

US President Joe Biden reinstated financial sanctions on the Israeli billionaire, after the businessman involved in suspicious deals in the Democratic Republic of the Congo, by exploiting lobbyists in Washington, was able to obtain amnesty from the administration of former President Donald Trump at the last moment.

These economic sanctions came against Dan Gertler, because of his accusations of involvement in corruption with the leadership in the Democratic Republic of the Congo, which allowed him to control the mines of the African country and monopolize the extraction of precious metals that the country abounds, according to Congolese activists.

This cost the country at least $ 1.3 billion, according to “Africa Panel”.

The Democratic Republic of the Congo is located in the south of the Sahara Desert, which is the second largest African country after Algeria, and it is very rich in its natural resources and rare minerals, which drove the mouth of many world powers, and the Democratic Republic of the Congo is rich with 80% of the world’s reserves of the mineral Coltan, which is used in the manufacture of Nuclear reactors, aircraft engines, sophisticated electronic devices and missiles.

This makes it vulnerable to fierce international competition over its mines and natural resources.

At the same time, this huge African country is mired in armed conflict.

This allowed the warlords to obtain huge fortunes through the use of violence to control this wealth and sell it to foreigners.

Official voices within the Democratic Republic of Congo say, and the New York Times reported that removing those sanctions on the Israeli businessman would undermine the anti-corruption efforts of the new democratically elected president, in order to erase the legacy of former President Joseph Kabila, who was Gertler’s main ally, which is directly involved in corruption cases.

A group of Congolese human rights organizations, as well as international organizations such as “Human Rights Watch” and others, issued an open letter to the US Secretary of State and Treasury asking them to back down the decision to cancel the economic sanctions against Dan Gertler.

Israeli hands in Africa… Control of wealth and support for dictatorships

The Israeli businessman involved with the corrupt “Democratic Congo” class in monopolizing the mining sector views himself completely differently from the one portrayed by human rights organizations.

While Congolese and international human rights organizations complain about Gertler’s influence with politicians in order to control the country’s wealth, this committed Jew who has 11 children, and who spends most of his time in the Democratic Republic of the Congo only returns on Holy Saturday to Israel to worship, sees his mission.

In the Democratic Republic of the Congo is completely different, as he considers himself a “savior” of this poor African country, and even declared that he “deserves the Nobel Prize” for his efforts to develop the country and support its stability.

While Geltler’s pockets are full of diamond money from Africa, the Democratic Republic of the Congo remains one of the poorest countries in the world, with more than 72% of the population living in extreme poverty, according to 2018 World Bank statistics.

The most important of these relationships are those that he weaved with the controversial company “Glencore”, which although its name is unknown in the public circles.

The company was founded by Mark Rich, who has Jewish roots like Dan Gertler, who has multiple nationalities; Known for his generous donations to Israel; Israeli newspapers mourned him widely after his death in 2013.

Marc Rich is considered a central figure in suspicious deals, especially with regimes subject to economic sanctions that want to market their minerals to the world through a back channel.

As his aforementioned company provided services to both the Apartheid regime in South Africa, the regime of Saddam Hussein during the period of the economic blockade, in addition to the Iranian regime; The Israeli press also described him as “the man who sold Iran’s oil to Israel”.

Mark Rich was in the list of the 10 most wanted people by the FBI, but he obtained a presidential pardon from former US President Bill Clinton.

His last days in the White House, perhaps this is closely related to Marc Rich’s generous donations to Clinton’s presidential campaign.