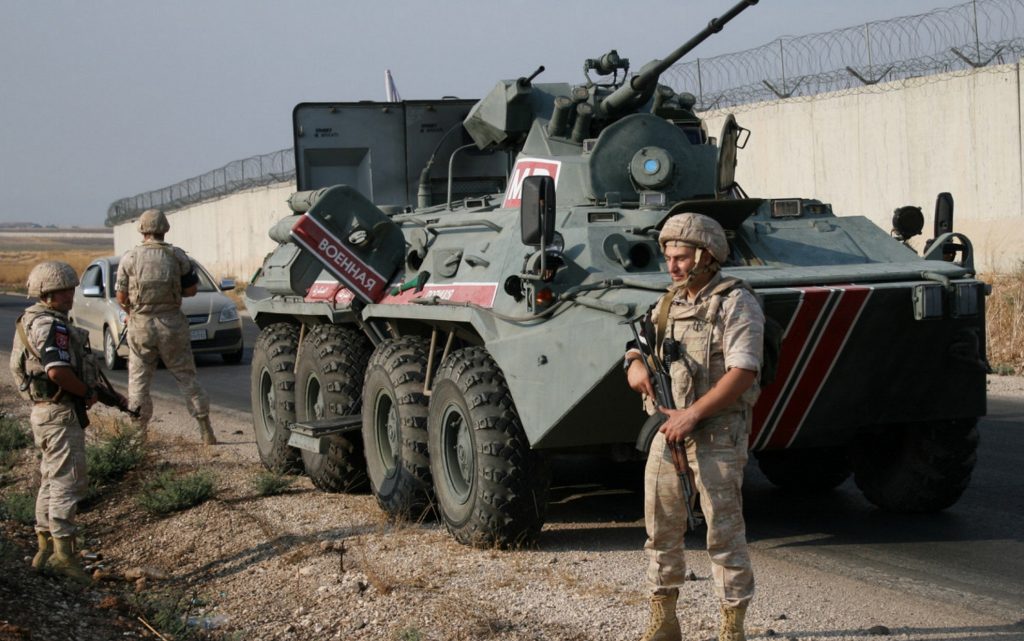 On Monday, the Russian Military Police conducted a military patrol in the countryside of the city of al Malikiyah, in the far north and east of Hasakah, on the borders with Turkey and Iraq, and near the oil wells.

“The Russian patrol, consisting of three armored vehicles without air cover, arrived at the Syrian-Turkish border before returning to its base in the city of Qamishli”.

The sources added, “The arrival of the Russian patrol to the Ain Dewar area coincided with the departure of a patrol of the US forces consisting of four armored vehicles, which is the second time in a week that the conduct of Russian and US patrols coincide in the countryside of al Malikiyah”.

Russian military police forces have been working for some time to conduct military patrols near the sources and oil wells that the US occupation forces stole oil from.