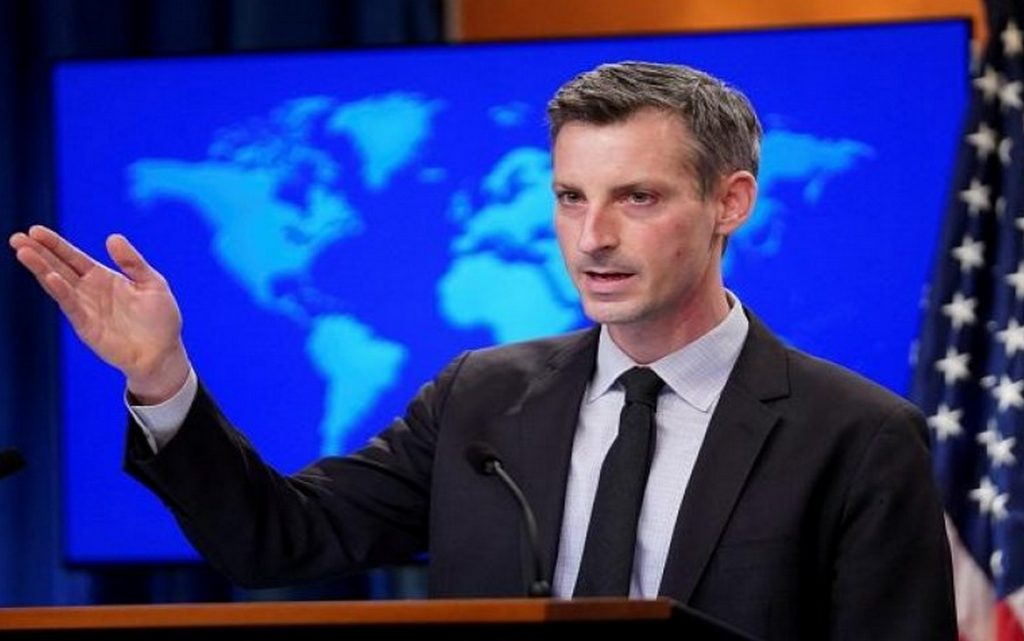 The US State Department said on Sunday, that Washington stands by the Czech Republic in its response to “acts of sabotage on its soil by Russia”.

“The United States stands with the Czech Republic in its firm response to the Russian acts of sabotage on the Czech lands,” foreign ministry spokesman Ned Price wrote in a tweet.

He added, “We must act decisively to respond to Russian actions that threaten territorial integrity, energy security, or the vital infrastructure of our allies and partners”.

On Saturday, the Czech government announced that it had expelled 18 Russian diplomats from the Moscow embassy in Prague, claiming that they were “officers in the Foreign Intelligence Service and the General Administration of Russian Intelligence”.

The Czech authorities said that this measure was taken in light of the discovery of new circumstances in the accident of an ammunition depot explosion in the city of Vrpetice in 2014, where Prague claimed that it took place with the participation of Russian intelligence agents.

The Russian Foreign Ministry issued a statement expressing a strong protest against this step “taken under unfounded and artificial pretexts”, before summoning the Czech ambassador to it earlier in the on Sunday.