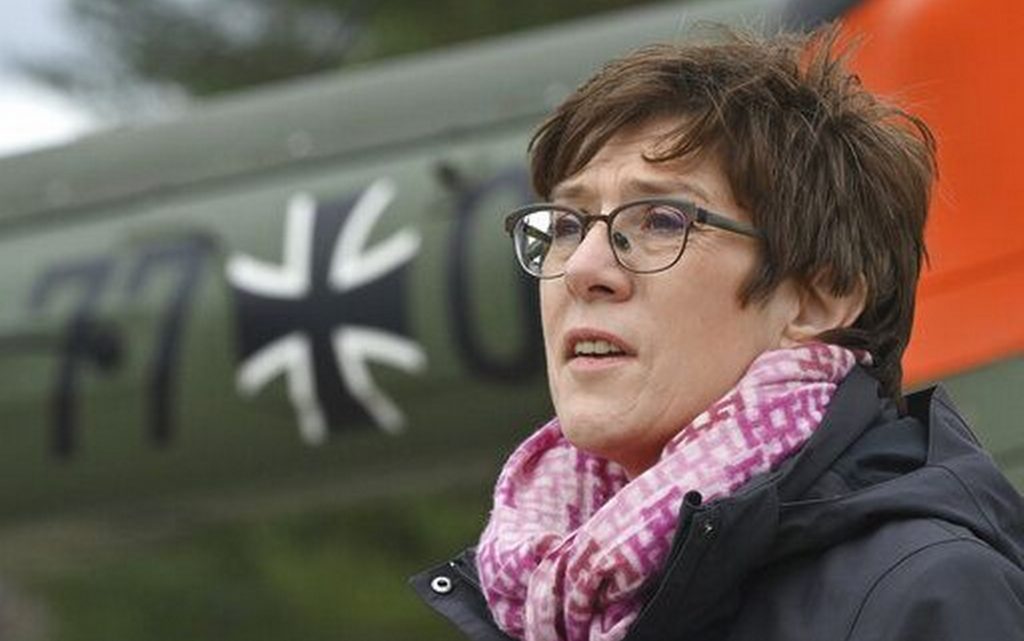 “Russia’s armament and the war it is fighting in Europe has created real threats,” Kramp-Karenbauer said, on Saturday, during talks that took place at the Konrad Adenauer Foundation in the town of Königsbrunn, in the region of Heidenheim in the state of Baden-Württemberg.

The German Defense Minister accused Russia and other parties of installing the missiles “that could reach Germany without sufficient time for early warning”.

“This runs counter to arms control treaties and in secret,” Kramp-Karenbauer said.

In 2018, Russia confirmed, after a long camouflage, the stationing of the Russian “Iskander” missiles, which have a range of 500 km, inside the Kaliningrad region between Poland, Lithuania and the Baltic Sea.

At the time, this was seen as a response to the stationing of NATO forces in the Baltic states.

Kramp-Karenbauer again considered the current transfer of Russian forces to the border with Ukraine as a deliberate provocation.

She said, “Unfortunately, the Russian measure does not aim to instill confidence, but it clearly provokes reactions”.

The Minister of Defense praised Ukraine’s balanced response, adding: “We and Ukraine do not want to participate in this Russian game”.

Kramp-Karenbauer accused Russia of “increasingly presenting itself as the antithesis of liberal rule and hostile to the democracy of the West”.

The minister explained that this position is also subject to other political areas.