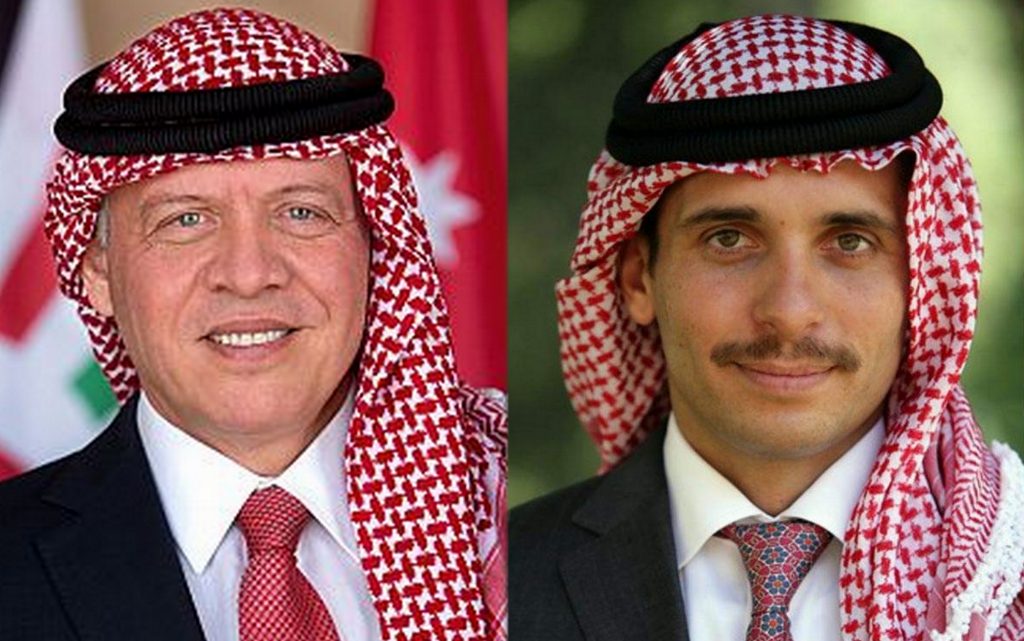 The most we know is that on April 3, 2021, the Chief of Staff, General Youssef Huneiti, came to politely inform Prince Hamza that he was under house arrest and that he was forbidden to talk to the media.

The recorded conversation was nevertheless circulated.

It shows an arrogant and fiery prince, while the military officer, always courteous and firm, tells him that he has just crossed the line of acceptability.

However, nothing is said about the substance of the dispute. At the same time, sixteen personalities were arrested.

Far from obeying, Prince Hamza then broadcast a video recording in which he denied any attempt at a coup and criticized the leadership of King Abdallah.

In the end, Prince Hamza agreed to sign a statement in the presence of his uncle, Prince Hassan bin Talal, in which he pledged allegiance to the Crown: “I will remain loyal to the heritage of my ancestors, to His Majesty the King and to his Crown Prince, and I will be at their disposal to help and support them.

Deputy Prime Minister Ayman Safadi said on April 4 that a plot had been “nipped in the bud”.

The security services had been monitoring “contacts [of the plotters] with foreign elements aimed at destabilizing Jordan’s security”, including the exfiltration of Prince Hamza’s wife.

No troop movements were observed, confirming that the coup was suppressed in its preparatory phase.

Those arrested are Bassem Awadallah, al Sherif Hassan Ben Zaid and members of their entourage.

Both men are closely linked to the Crown Prince and true ruler of Saudi Arabia, Prince Mohamed bin Salman (known as “MBS”).

Bassem Awadallah was arrested as he was about to flee the country.

A Saudi delegation led by the Minister of Foreign Affairs, Prince Faisal bin Farhan, arrived in Amman and demanded the release of Bassem Awadallah, who has dual Jordanian-Saudi nationality.

According to the Washington Post, this delegation refused to leave the country without Awadallah, which Arabia denied.

However, shortly afterwards, Saudi Arabia expressed its support for Jordan’s ruling family in a statement.

Jordan’s relations with Saudi Arabia and the United Arab Emirates have been very close.

These two countries generously subsidies this small poor kingdom (3.6 billion dollars from 2012 to 2017).

But since the warming of their relations with Israel, they have distanced themselves from Jordan.

The Jordanian economy has been hit hard: the annual budget deficit is about one fifth.

The international press is fascinated by the conditions of King Abdullah’s access to the throne at the expense of his half-brother, Hamza, in the late 1990s.

But reducing the current events to jealousies within the royal family cannot explain them.

Bassem Awadallah is also involved in the recent acquisition of Palestinian land on behalf of the Emirates.

It is rather on this track that one should look.

It is as if Saudi Arabia had planned to overthrow King Abdullah in order to implement the second part of President Trump’s plan for the Middle East, before the Biden administration changed its mind.

Indeed, King Abdullah had rejected Jared Kushner’s proposals for the “deal of the century”.

He did not support the plan to replace the president of the Palestinian state, Mahmoud Abbas, with the former security chief who assassinated Yasser Arafat, Mohamed Dahlan (now a refugee in the Emirates).

Legislative elections have been called for May 22 in Palestine, after 15 years without democratic consultation of any kind.

The Jordanians fear that the Palestinians will leave their homeland and try to take over theirs as they did in 1970 (Black September).

The choice faced with a three-quarters of a century old conflict is either to persist in defending the inalienable rights of the Palestinian people or to admit that after five military defeats (1948-9, 1967, 1973, 2008-9, 2014) they have lost them.

The powers that wish to exploit the region maintain this conflict by supporting the Palestinians legally and depriving them of the protection of the United Nations.

Israel is repeatedly challenged by the General Assembly, but never compelled by the Security Council.

This conflict is all the more complex because Hamas is not fighting against Israeli colonization (like Fatah), but because, according to a reading of the Koran, a Muslim land cannot be governed by Jews.

In doing so, the Palestinians have lost all support in the world.

In this context, President Trump and his special adviser Jared Kushner negotiated the “Abraham Accords” between Israel on the one hand and the United Arab Emirates and Bahrain on the other.

They normalized Israeli-Moroccan diplomatic relations and were about to extend this process to the whole region when they were voted out of office in an opaque election.

On the contrary, the Biden Administration wants to rekindle the wound in order to restart the “endless war”.

Thus, it has decided to re-fund the UN agency in charge of Palestinian refugees (UNRWA) or to help the UN recognize the Sahrawi Arab Democratic Republic in order to pressure Morocco to withdraw.

The longer conflicts drag on, the easier it is for Washington to benefit.

It doesn’t matter what its other “allies” think, let alone the populations concerned. 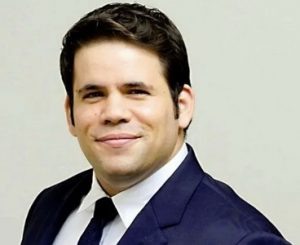 A UK-based Israeli businessman, Roy Shaposhnik, offered his personal plane to Prince Hamza to enable him to leave Jordan.

The Jordanian news agency, Petra, which observed that he was an IDF captain, claims that he is a Mossad agent, which he has denied.

He says he is simply a friend of the prince, does not play politics and just wants to do him and his family a favor.

His company, Global Mission Support Services, is dedicated to logistics in the Middle East and English-speaking Africa, including the exfiltration of fugitives.

In a last communiqué, published on April 6 in Amman, the Palace assures that all this is a mistake based on misinterpretations by the security services.

Thanks to the “mediation” of the wise Prince Hassan ben Talal, peace has returned after a family “mistake”.

The 16 people arrested remain in prison, Prince Hamza is unreachable.

Any article on what has just happened leads its authors to jail as well.