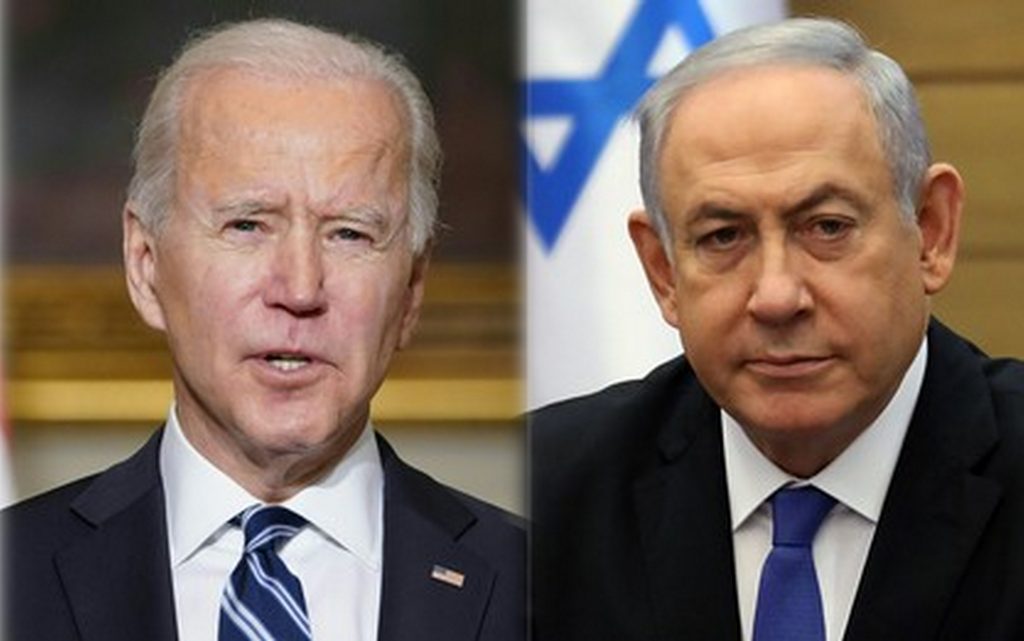 Tension between Iran and Israel is still at the forefront of the political, security and media agenda in the Israeli occupation entity and overshadows the rest of the burning issues in Tel Aviv, at the forefront of which is Benjamin Netanyahu’s failure to date to form a new government.

The United States called on Israel to stop chatter and boast about its operations against Iran.

According to Israeli media, the administration of US President Joe Biden has conveyed its messages to decision-makers in Israel through several channels and many opportunities during the past few days, according to which this chatter is dangerous, harmful and embarrassing.

The United States during the negotiations to return the United States to the nuclear agreement that is taking place in Vienna, and it left on Friday, without an agreement, according to the same sources.

Moreover, the security services in Israel are being concerned about the recent Israeli statements, and the sources asked whether the aim of the leaks was to conduct negotiations with the United States in an attempt to influence the Vienna talks, or was it an attempt to use Iran as a political card by the Israeli Prime Minister Benjamin Netanyahu, who is facing a political crisis that prevents him from forming the government, knowing that he has only 18 days left to form the new combination, and there is no looming breakthrough in the political crisis that would allow him to extricate Israel from the political crisis that it has been experiencing for nearly two years.

Sources confirmed that Netanyahu seeks to export his internal crises, including his repeated attempts to evade his trial, by provoking the escalation with Iran, bearing in mind that his trial in the Central Court in “Western” Jerusalem will continue its sessions on Monday.

The sources warned of the sharp disagreement between Prime Minister Netanyahu and his security minister, Gantz, over what the latter described as the leakage of classified information to the prime minister about Israel’s secret-military “activity” against Iran, considering.

Netanyahu is doing this in order to investigate his personal and political interests.

In addition, the same sources confirmed that during the visit of US Defense Secretary Lloyd Austin to Tel Aviv this week, the latter informed the Secretary of Security Gantz that his country is still adhering to his policy of not leaking any classified information about military activity against the Iranian nuclear program, according to the sources in Both Tel Aviv and Washington.