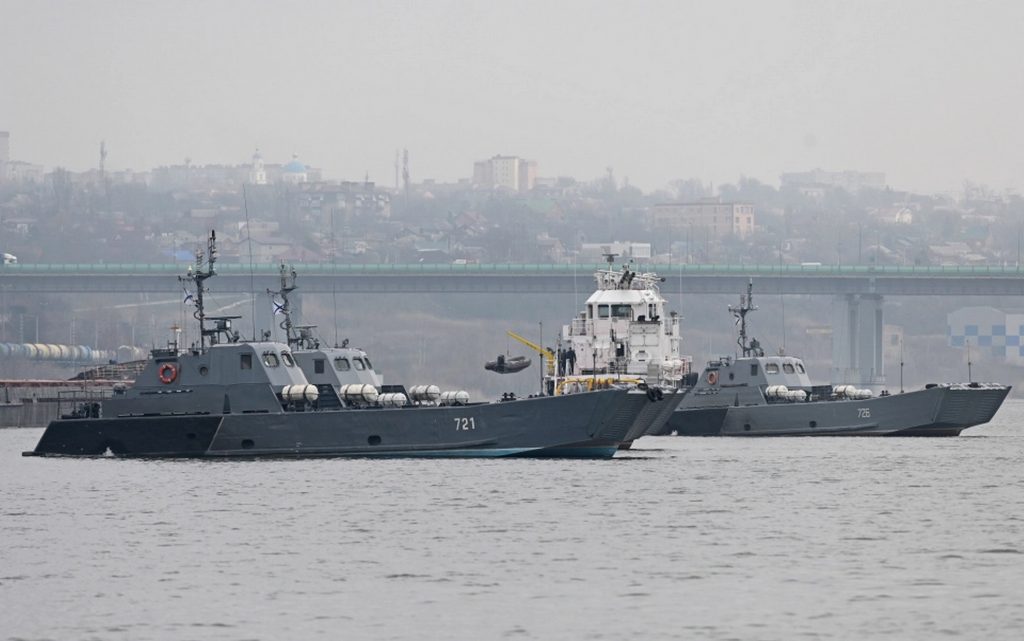 Amid renewed tensions in eastern Ukraine, Russia sent 15 warships to the Black Sea for a maneuver.

The Russian news agency “Interfax” quoted the navy as saying that the ships passed through the Strait of “Kerch” in the Crimean Peninsula on Saturday.

It did not say at first how long the exercises would take.

The United States had earlier canceled the deployment of two warships to the Black Sea, following complaints from Russia, according to Turkish sources.

Russia had announced, in the midst of the new tension in the conflict zone in eastern Ukraine, that it intended to conduct a naval maneuver in the Black Sea and close some maritime areas there as part of that.

At the same time, the Russian news RIA Novosti Agency, quoting the Russian Defense Ministry, announced on Friday that shipping operations through the Kerch Strait in the Crimea will not be affected by the closure, which is to be implemented until the 31st of next October.

However, there are criticisms received from the European Union and from within Ukraine for this step.

On Friday, a senior European Union official spoke of a “very worrying development”.

According to this official, it can be assumed that the passage rights stipulated in the United Nations Convention on the Law of the Sea will be restricted, and international shipping will be hampered.

The Ministry of Foreign Affairs in Kiev called on Russia to ensure free international passage to the ports of the Sea of ​​Azov.