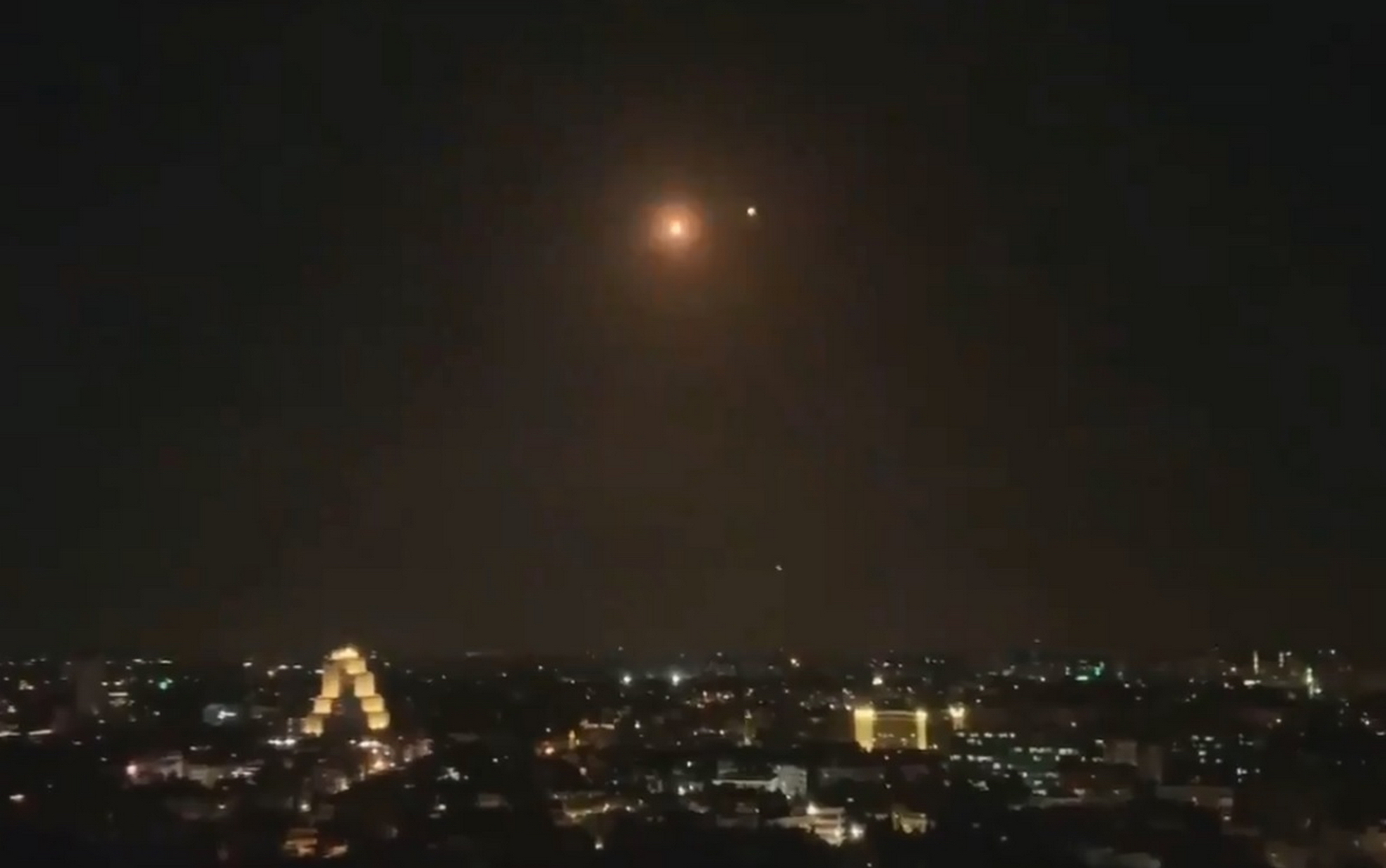 The Syrian news agency “SANA” reported that explosions were heard in the sky around the city of Damascus, amid news of a new Israeli aggression.

The agency said that the Syrian air defenses responded to enemy missiles in the skies of Damascus.

Coincidentally, the agency announced that “the Israeli forces kidnapped the 17-year-old Mohammed Jassem al Muhammad from the village of al Asha while he was grazing livestock in the Kouda Forest in the southern Quneitra countryside, near the disengagement line.

While a Syrian military source announced a short while ago that at 10:16 pm (Sunday Night), the Israeli air force carried out another aggression from the direction of the occupied Syrian Golan, targeting some targets in the vicinity of Damascus, and our air defense media intercepted the aggression’s missiles and shot down most of them.