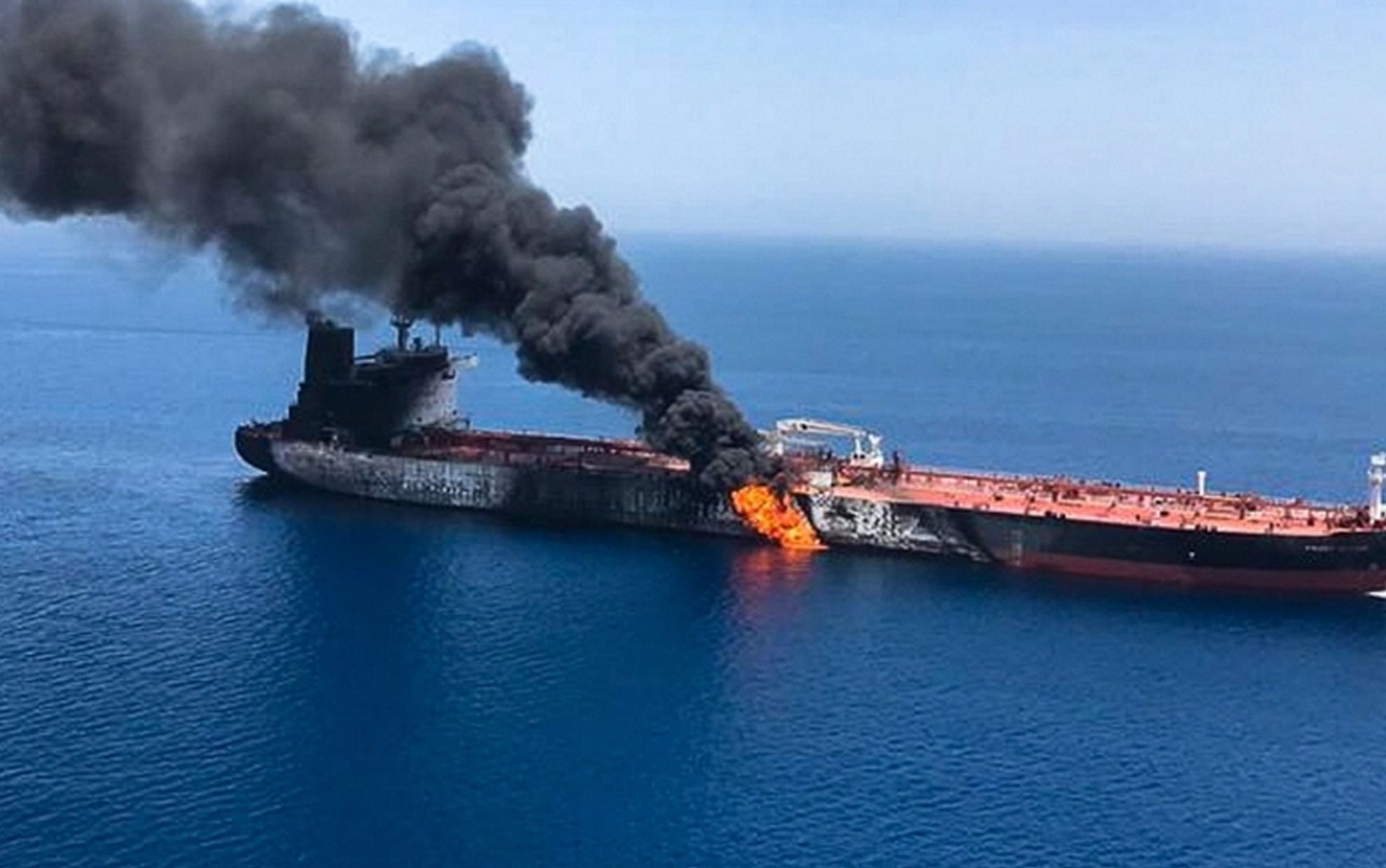 An Israeli security delegation left for Dubai in the UAE, on Saturday, to manage the investigations into the bombing of an Israeli ship off the coast of Oman, last Thursday.

On Sunday, the Israeli security services will hold a meeting to discuss the bombing.

For his part, Israeli Defense Minister Benny Gantz said that his “initial assessment that Iran” was behind the attack on an Israeli-owned ship on Thursday.

Haaretz newspaper and Channel 13 also indicated that the Israeli security services believed that the Iranian Revolutionary Guards fired one or two missiles while the ship was passing along the Strait of Hormuz, “knowing that it was an Israeli ship”.

The Israeli security services have long expressed their fear that Iran will choose the maritime arena to clash with Israel, and have warned of this flammability, and that it threatens the freedom of navigation on the maritime routes, which will cause great damage to the Israeli economy, according to Haaretz.

The Iranian newspaper “Kayhan”, close to the Supreme Leader, reported that “the attack on the Israeli ship in the Gulf of Oman is revenge for the resistance against the recent Israeli attacks and crimes in the region”.

The newspaper said, “The attack on the Israeli ship proves that the time to hit and run has passed”.

The British Maritime Trade Operations Authority and Dryad Global, a maritime security company, said that a ship was exposed to an explosion in the Gulf of Oman on Thursday.

London-based Dryad Global said, “The ship in question is M. In the Helios Rai, a motor vehicle transport ship owned by Helios Rai Ltd. which is an Israeli company registered on the Isle of Man.

The ship was a route to Singapore from Dammam, Saudi Arabia.

It should be noted that the military correspondent of Channel 12, Nir Dafouri, revealed that Israel had canceled the visit of a delegation from the military industries to the Emirates to participate in a weapons exhibition, which was concluded on Saturday, due to fear of Iranian operations.

Also, the Israeli security services decided not to risk, and canceled the participation of the Israeli delegation in the exhibition, due to the tension between Israel and Iran, and “the Iranians’ desire to take revenge for the killing of their senior nuclear scientists,” according to the channel.

At the beginning of this year, the same channel said that an Iranian cell had planned to carry out attacks on the first anniversary of the assassination of the commander of the Quds Force in the Iranian Revolutionary Guard, Qassem Soleimani.